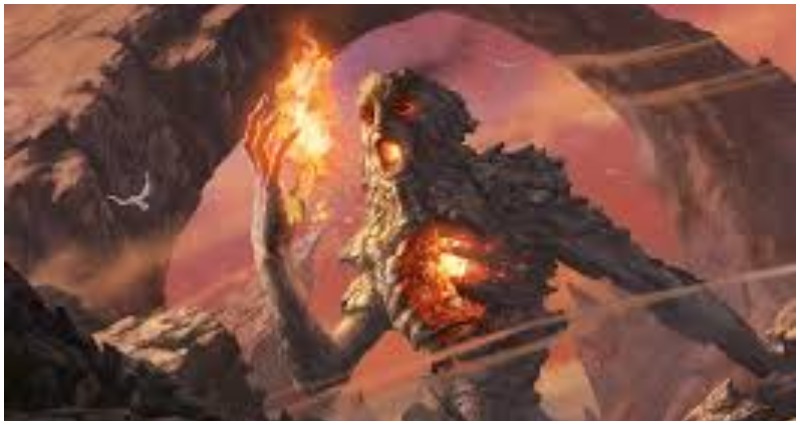 Wizards of the Coast dropped another Theros: Beyond Death spoiler today, teasing the return of Titans to Standard.

A second Saga from the upcoming Theros: Beyond Death (THB) set has been revealed. Although it isn’t overly powerful, The Binding of the Titans Enchantment-Saga could help Titans make a comeback in the Standard format.

The Binding of the Titans, like all Enchantment-Saga’s in MTG, has steps that activate after a controller’s draw step over the course of three turns.

Through the reveal of The Binding of the Titans, some people in the MTG community are speculating a Titan cycle may be included in the THB set. The Titans would either be of Rare or Mythic Rare rarity since it’s already speculated that there’s a cycle of Rare Mono-colored Gods on the way, too.

A snippet of lore attached to the reveal of The Binding of the Titans also hints at an upcoming cycle.

“Thousands of years ago, the Gods waged war against the Titans, their predecessors,” the lore text reads.  “Victorious, the Gods sealed the Titans in the underworld. If they were freed, they would inflict unspeakable horrors upon Theros.”

The new Magic: The Gathering set, Theros: Beyond Death, is scheduled to release digitally on Jan. 16. An official release of THB is set for Jan. 24.