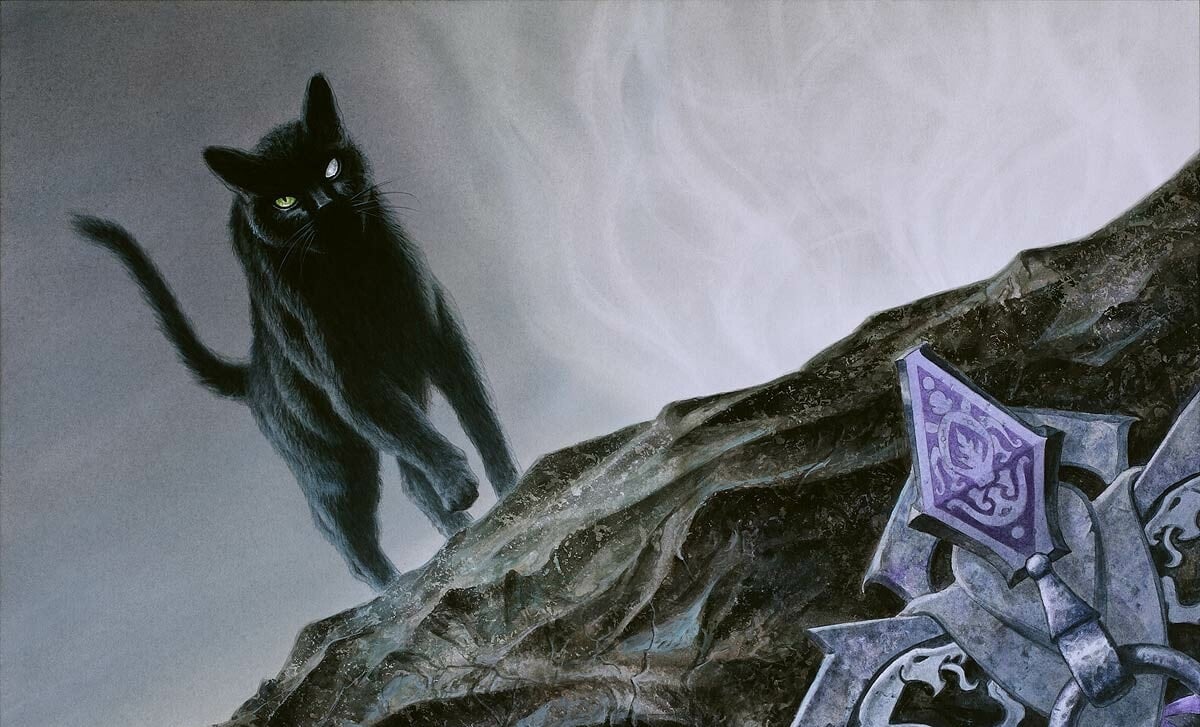 Oko’s removal from MTG Standard has freed up a lot of space for new decks in Throne of Eldraine‘s meta. One of the new breakouts—and potentially the best—is Jund Sacrifice.

The Sacrifice archetype has had a minor role in the meta for a while, primarily driven by Priest of Forgotten Gods from Ravnica Allegiance. But a new sacrifice-focused combo in ELD has propelled this deck into a major player. 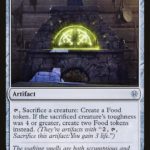 The combo is simple. Just sacrifice the cat using Witch’s Oven’s ability, then sacrifice the Food token you get to bring the cat back. Each cycle of this drains your opponent for one life and can be done at instant speed, which lets you do things like declare the cat as a blocker to negate an attack, then cycle your combo and act like it never happened.

Players identified this combo early on during the spoiler season but mostly considered it to be an interesting Limited interaction. But it turns out this deck has some serious synergy and value, and it even placed second at this week’s Twitch Rivals.

Synergy by the dozen

The number of cards that play well with this combo is truly astounding. It starts at turn one with Gilded Goose bring a prime enabler by opening up all mana colors along with making Food for your cat to eat.

Mayhem Devil is your primary win condition. You get two triggers each time you rotate your combo. Use this free damage to take out blockers and threats, or just go straight to the face for the win.

Trail of Crumbs is also a recent addition to Sacrifice decks. It’s a cheap engine and can quickly lead to supreme card advantage every time you pull off your combo. Liliana, Dreadhorde General and Midnight Reaper also play a similar role—you’ll have to see which fits best into your playstyle.

Perhaps the best part about all these cards is that none of them are legendary, so you can have multiple copies of everything in play and double (or triple) up on your triggers. The second best part? These combo components are all uncommon, so it’s easy to build in Arena.

Round out with removal

As a combo or synergistic deck, the most important part of winning involves surviving until you have the game locked down. That means removal, which luckily comes in spades across the Jund landscape.

Murderous Rider, Wicked Wolf, and Vraska, Golgari Queen are all removal with additional upside. Assassin’s Trophy is another great and flexible option, but you’ll want to sideboard it out when facing decks that try to ramp against you.

The best removal card, however, is Massacre Girl. You can sacrifice cats while her trigger is on the stack to create additional triggers. Then, since you can bring your cats back, you essentially jury-rigged a one-sided board wipe.

The ultimate power in this deck comes from its combo, but the inherent synergy gives you many pathways to victory. Just make sure on your way to the win that you don’t think too hard about the fact that you’re feeding cats food that’s also made out of cats.