Thassa returns in Theros: Beyond Death with new weapon 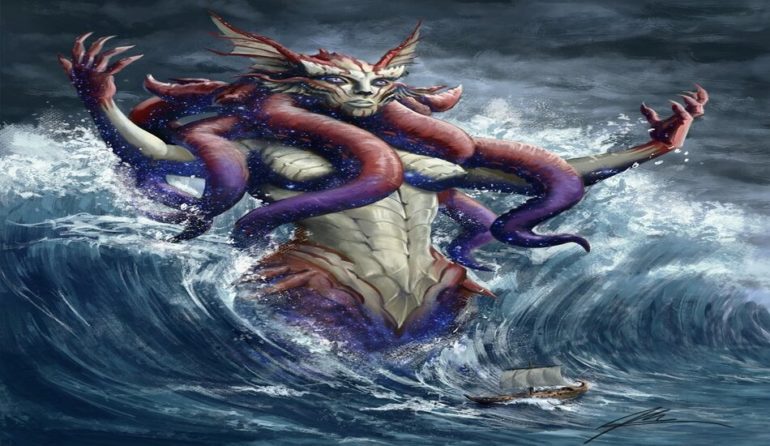 Previously known as God of the Sea, Thassa, Deep-Dwelling was revealed in today’s Theros: Beyond Death spoilers.

Set to release on Jan. 24, Thassa the Blue God returns with a new weapon, after having her bident stolen by the planeswalker Kiora, and a few new tricks under her scales.

On the surface, it seems that Thassa, Deep-Dwelling is more defensive than offensive. Being able to tap down a creature will benefit Control decks facing large threats, like another God in creature form, but not multiple ones.

Thassa’s blinking ability, also known as flicker, is her most unique attribute. Unlike Charming Prince, when Thassa blinks a creature it immediately returns to the battlefield. Whereas the creature flickered by Charming Prince doesn’t return until the beginning of your next end step. If a player has temporary control of an opponent’s creature and it’s blinked by Thassa, the creature returns under the full control of the player who flickered it.

“If a creature you’ve gained control of temporarily is exiled and returns to the battlefield under your control, you will control that creature indefinitely,” says the rules.

Create fun combo tricks with Thassa, Deep Dwelling, and all the other Theros: Beyond Death Gods when the set releases digitally on Jan. 16 and has a prerelease event on Jan. 17 to 19.