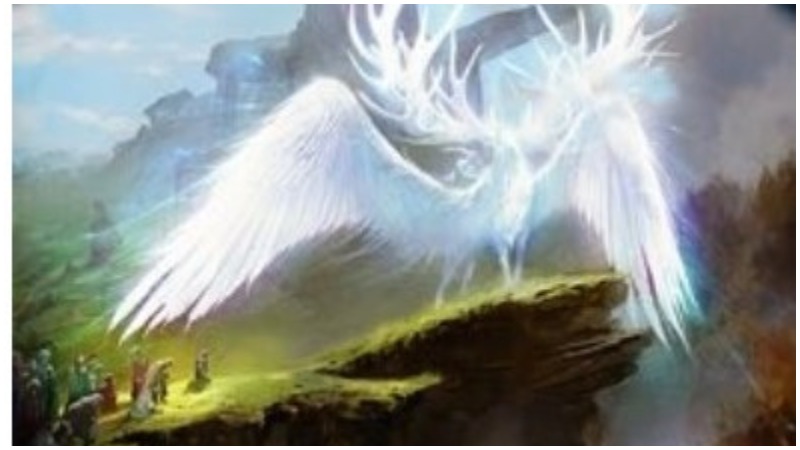 The Throne of Eldraine set is fully spoiled and its release is nearly here, meaning it’s time to review the best (and worst) cards within the Magic: The Gathering Limited format.

The MTG design team created the Throne of Eldraine (ELD) set with an option of players going monocolored in Limited. White, however, doesn’t have enough tools to pull off a monocolored build in Draft. Of all the colors, White is on the weaker end. But there are still plenty of solid cards worth drafting in Limited.  Here are the winners in ELD White.

A few honorable mentions that didn’t quite make the list include Realm-Cloaked Giant, Mysterious Pathlighter, and Acclaimed Contender. These are all solid White cards in ELD and will provide value in a Limited deck.

The Circle of Loyalty (Mythic Rare)

The Circle of Loyalty is a versatile ELD Mythic Rare that allows a player to build a deck around it. And when it comes into play it’ll always provide value, even if a player has a deck that is low on Knights and Legendary spells.

In a creature-based deck, it has the Anthem (+1/+1 to all creatures). And in control, it produces 2/2 tokens with Vigilance. All around, The Circle of Loyalty is worth playing (Sealed) and picking up (Draft).

Harmonious Archon is one of the few cards in ELD that is a bomb in Constructed and Limited. When put into play, it’s essentially a 10/11 split between three creatures hitting the battlefield.

It beefs up any “go-wide” creatures you already have on the board while potentially decreasing the power and defense of your opponent’s creatures. Even if it helps the opponent, Harmonious Archon makes sure it’s controller is ahead.

Being an Adventure card improves the stats on Giant Killer. It’s not a bomb, but it contains a ton of value. Its Adventure Instant spell, Chop Down, is a removal of creatures with a power “four or greater” for three mana. On the creature side, Giant Killer is a one-drop who can tap an opponent’s creature for only two mana.

It’s essentially a Law-Rune Enforcer with an optional removal spell attached to it. As far as two cards for one go, Giant Killer is a top pick in Draft.

Archon of Absolution is a four mana flyer who’s a 3/2. This alone is enough of a reason to pick it as a “fill your deck out” card. Additionally, it also has protection from White and forces opponents to pay “one” mana per creature that attacks you or a planeswalker you control. Just be sure to avoid putting a White enchantment or combat trick on Archon of Absolution, because it won’t work (protection from White).

Venerable Knight is a one-drop that can trade with an opponent’s creature should they block early on in a match that also provides a +1/+1 counter to a Knight when it dies. It’s not a bomb by any means but should be included in every deck playing White in combination with Black or Red. Unless there aren’t any Knights in the deck.

Ardenvale is worth picking because it’s a three-drop 2/3 flyer. In any Limited deck, having a card with evasion that deals two damage is solid. As a bonus, Ardenvale Tactician has an Adventure too. Dizzying Swoop is a two-mana Instant that taps two of an opponent’s creatures. This could be a finisher spell in some cases or it can be used early on to prevent damage for a turn, casting Ardenvale Tactician on turn three.

The Worst Limited cards are often the ones which provide little to no value. They might be solid in Standard Constructed but fail to pop-off in Sealed or Draft.

Here are the ELD losers in White.

A 1/1 one drop in a Limited format needs to provide value and Beloved Princess isn’t bringing any to the table. At best, she chump blocks and provides one point of life. Without haste or flying, it’s unlikely she’ll ever get to attack.

MTG is full of cards that perform well in one format and not another. Deafening Silence is such a card. While it’ll probably be a top sideboard pick in Standard Constructed, it does nothing for a player in Limited. Don’t fall for the Constructed hype trap and draft Deafening Silence.

An Enchantment in Limited needs to be worth its three-drop spot and Fortifying Provisions is not. Buffing up multiple creatures defense by “one” but not the offense provides little value, and will rarely make a difference. If its a Food token you want, there are plenty of other sources to get it from.

Happily Ever After (Rare)

Don’t bother reading all the text because Happily Ever After won’t likely benefit a player in an MTG Limited format. It’s a specific ELD card that has to be built around in Constructed, known as a jank deck. It doesn’t mean Happily Ever After is a bad card in Magic, just in Limited.

Combat tricks are great in Singleton and especially in a Boros Feather deck in Standard Constructed. They can sometimes assist in Limited but Righteousness is not such a card. At best it blocks a creature and saves yours, buying you one turn. Righteousness is simply a wasted card slot in Limited.

The Throne of Eldraine prerelease runs from Sept. 27 to Sept. 29 with the set releasing early via MTG Arena on Sept. 26. Prepare for tabletop and MTGA Sealed and Draft events with these additional ELD Limited card reviews.