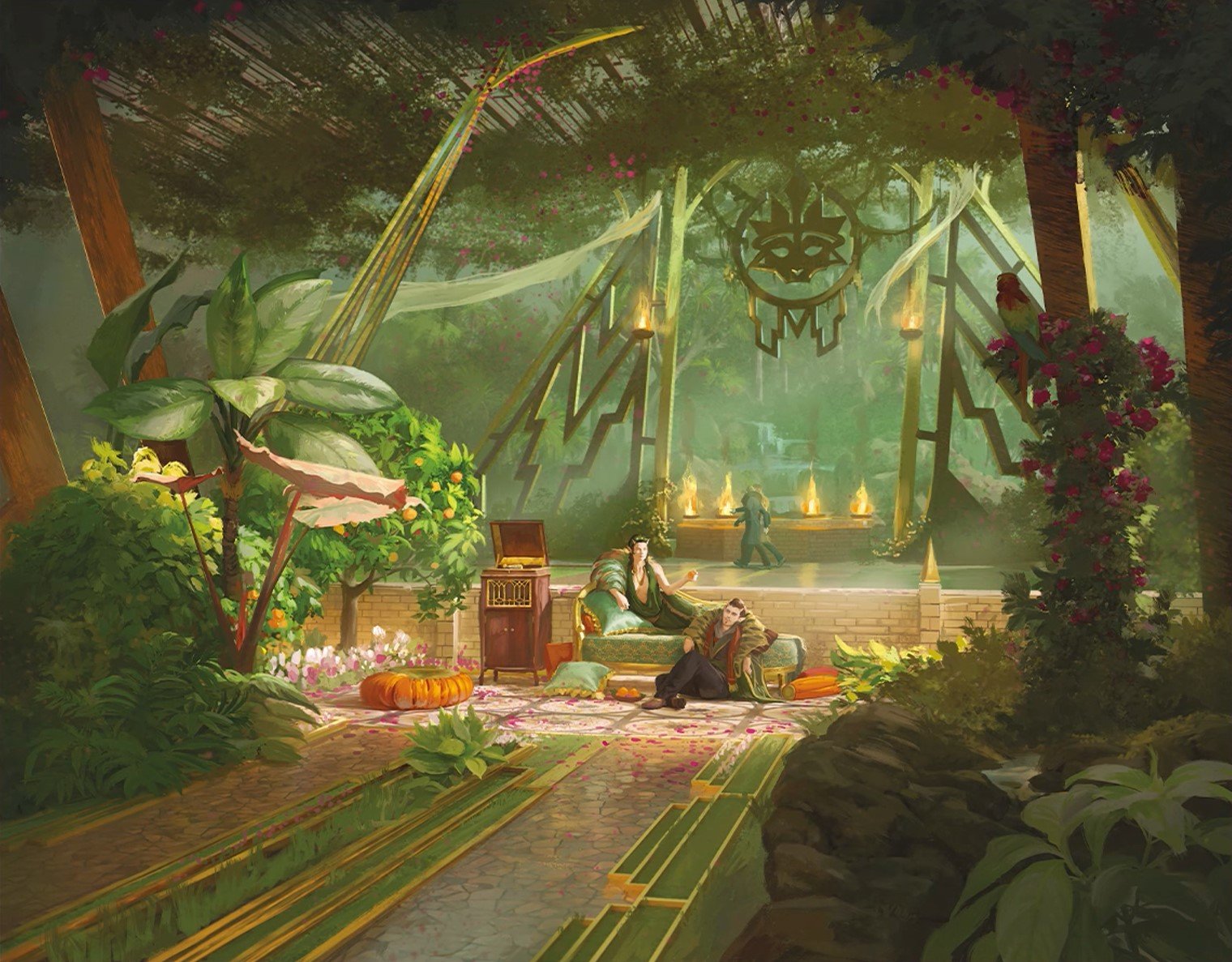 Accompanying daily story chapters is the revealing of a new charm cycle. These three-mana cards represent each of the crime families found in New Capenna. Each spell offers three options that give an effect that’s typical of each color in the shard’s identity. Obscura Charm and Maestros Charm were already revealed, giving already strong archetypes new tools.’

To support this multicolor set, Wizards is also completing the triome cycle of lands in New Capenna that were first introduced in 2020’s Zendikar Rising.

Cabaretti Charm focuses on supporting the Green/White/Red color combination commonly known as Naya, a name it received from Alara block in 2009. The archetype typically centers around ramping into large, threatening Creatures and winning through combat damage. 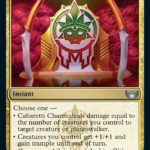 This piece of the New Capenna charm cycle doesn’t appear to be as strong as the other two cards that were revealed earlier in the week. Cabaretti Charm does look like the most powerful in a Limited environment and could be an unexpected way to punch in lethal in the midgame for aggro multicolor aggro lists.

Key in on the second ability to get a small overrun effect that punishes the opponent for chump blocking. This is a particularly effective ability against the current meta that’s populated by White decks that populate the battlefield with 1/1 tokens and want to generate value over multiple turns. Cabaretti Charm can hurt the typical line by White midrange decks of blocking then sacrificing the token to Deadly Dispute, one of the archetype’s most powerful plays.

The first line is a fine removal spell in a time of need, but with Red and White being a part of the color identity any deck running Cabaretti Charm should have better options. Creating two tokens is fine, but if there are cards that scale with the number of Creatures you control it gets better.

New Capenna prerelease will begin on April 22. The set releases on Magic Online and Magic Arena on April 28 with a worldwide tabletop release on April 29.