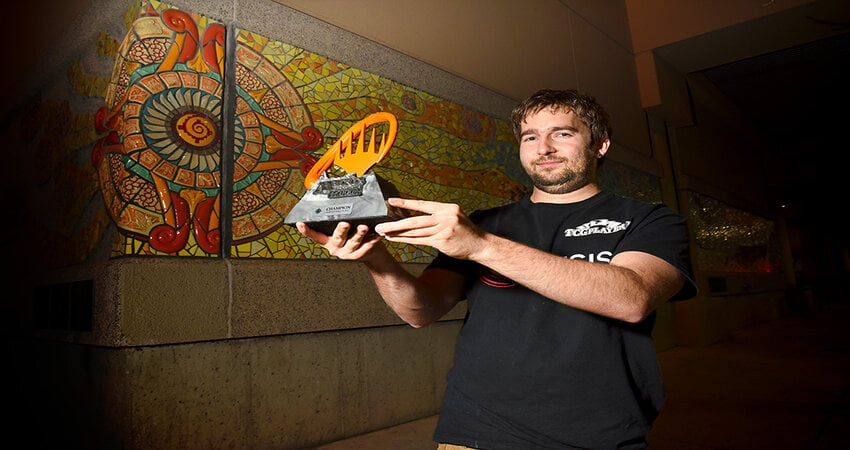 After dominating in week six of the MTG Arena ELEAGUE Showdown with Bant Golos, Seth Manfield continues his reign in week seven with Bant Food.

Manfield bumped Caleb “CalebD” Durward out of the Monarch spot in week six of the ELEAGUE Showdown and went on to defeat all five of his opponents in week seven. The MTG hall of famer wasn’t bashful about his wins either, mentioning last week during an interview that he felt sorry for those who had to face him in week seven.

Manfield came into week seven of the Arena Showdown with a Bant Food deck, rather than sticking with Bant Golos. It was a surprising move considering over 30 percent of the field at Mythic Championship V is playing Bant Golos this weekend (including Manfield), while around four percent is playing Bant Food.

The opponents Manfield faced last night in the Arena Showdown didn’t bring the most-played decks in the Standard metagame to the battlefield, either.

And yet Manfield continued to dominate, despite having to face off against two aggro decks and a mill. The Arena Showdown is just under halfway through its season and Manfield is in first with the most wins and money earned so far.

The ELEAGUE MTG Arena Showdown is played in a best-of-three Standard format. The winner of a match becomes the “Monarch” (player to beat) while the loser is out of the tournament. The Monarch earns $500 for each win while also receiving a $250 bounty on their head per win. The first player to beat a Monarch wins the entire bounty.

And heading into week eight of the Arena Showdown, Manfield has a $1,500 bounty on him. But will he be able to continue his winning streak after competing in Mythic Championship V this weekend, especially with such a huge bounty on his head?

The MTG Arena ELEAGUE Showndown, presented by Intel Gamer Days, airs every Wednesday at 7pm CT. You can check out Manfield this weekend, Oct. 18 to 20, when he competes for a $750,000 prize pool at Mythic Championship V.