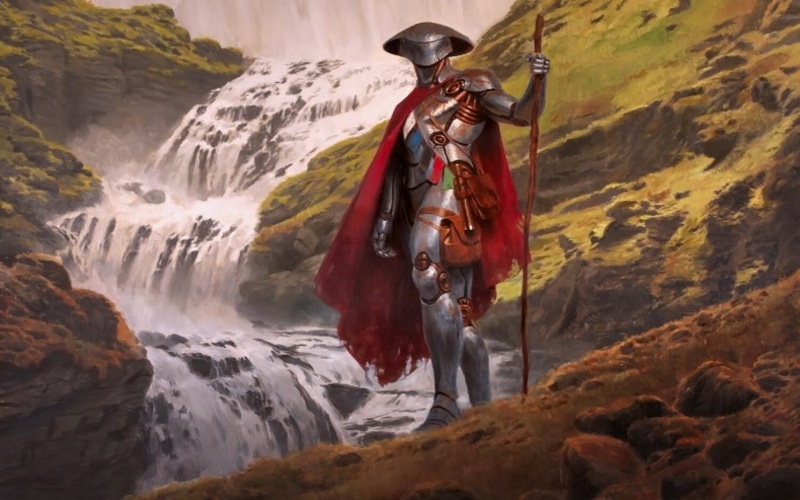 Standard in Throne of Eldraine is heating up as players figure out the meta.

One of the standard decks for now—and certainly the benchmark for a deck others have to beat—is the new Bant Golos list, which is capable of making and remaking an army of zombies consistently throughout the game. Here’s what you need to know about Bant Golos.

Bant Golos relies on a ton of land and ramp

The shared core among the various Bant Golos decks is a playset of Field of the Dead. With this strong land’s unique requirements, you’ll also want to run many other singles and doubles of different lands. This brew by Tom Locke for last week’s Fandom Legends tournament is where you want to be—18 unique land cards and 28 lands total. Despite being a Bant deck, some lands can generate black and red mana. That’s to unlock Golos’ activated ability, which can help close out a match.

Alongside lands, ramp is a major element of this deck. Golos provides the best ramp—just go grab a Field, or any other land in your deck that you want. Arboreal Grazer, Beanstalk Giant, Growth Spiral, and Circuitous Route round out the ramp package, providing many ways of grabbing lands and getting them onto the battlefield.

Once you have Field and six other differently-named lands in play, you get a free 2/2 for each new land you drop, multiplied by the number of Fields you control. This quickly escalates out of control for your opponent, especially since you can rebuild so quickly after a board wipe.

Bant Golos is a resilient combo deck that builds on itself and there are few ways that it can fizzle out once it gets going. That means the key to success is getting into the late game. And Bant Golos brings a few flexible stalling tactics.

Hydroid Krasis slots in well to play a number of key roles. It’s card draw, life gain, a blocker, and, with enough mana, an airborne finisher. This kind of flexibility makes it an easy add.

Then, Teferi, Time Raveler comes in to help smooth out the early game. His -1 ability can set an opponent back a turn and give you card advantage. If he survives until your next turn, you can +1 him and play ramp spells (or a board wipe) on your opponent’s turn.

Realm-Cloaked Giant is the final flex play here, giving you a board wipe tied to a beater. Don’t be afraid to use this even after you have your zombie army. Unless your opponent is using the same deck, you’ll be able to rebuild way faster than they can.

Close the door with powerful payoffs

Once you’ve reached the late game, there’s basically no stopping you. The passive zombie-making will have any opponent scrambling. That means you get to spend your time playing some powerful payoffs exclusive to the deck.

Agent of Treachery is one of the best plays of the game at this stage. You can steal your opponent’s best thing and then it can even function as a blocker to aid against aggro decks. In the mirror match, make sure to steal your opponent’s Fields—it’s a brutal way to shut down their strategy.

The other payoff is a unique one. Meet Kenrith, the Returned King.

Big Ken is a perfect finisher for this deck. You’ll have access to all five colors, giving you a lot of flexibility in filling any gaps in your game. Then, to finish the game quick, give all the zombies you just made haste and swing to victory.

The sideboard is mostly survival plays

Aside from additional copies of Agent and Kenrith, the sideboard is almost exclusively cards aimed at surviving the early game. Removal comes in the form of Devout Decree, Deputy of Detention, and Glass Casket. Veil of Summer protects against annoying Flash decks and Knight of Autumn is great against aggro.

Questing Beast is a standout here and a unique way of countering mirror matchups. Since it can’t be blocked by creatures with two power or less, it can immediately start crashing in for big chunks of damage. It may be inelegant, but mirror matches can quickly devolve into gigantic zombie army faceoffs—and this kind of sniper is a precise way to achieve victory.