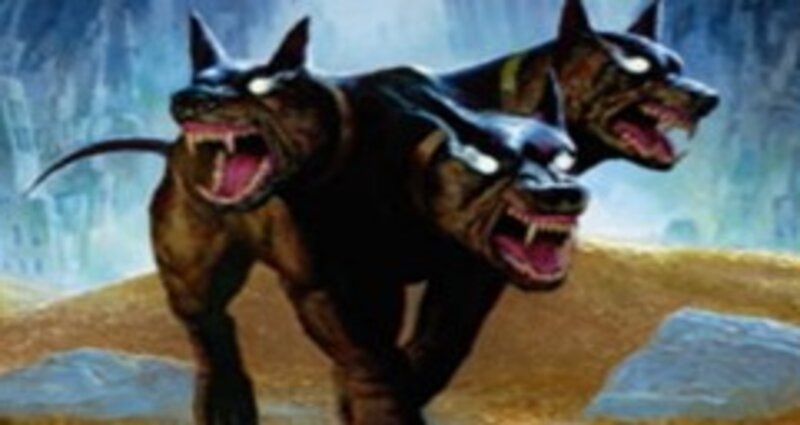 Orzhov got some love from the Magic: The Gathering design team with Kunoros, Hound of Athreos.

Set to release on Jan. 24, Theros: Beyond Death (THB) focuses on the planes underworld and those attempting to escape from it. The new Escape mechanic plays a significant role in THB, but Kunoros, Hound of Athreos shuts down all graveyard shenanigans.

For each head on Kunoros, there’s a keyword: Vigilance, menace, and lifelink. The hound also prevents creature cards from entering the battlefield via the graveyard. And players can’t cast spells from the graveyard. Kunoros is the love hound of Questing Beast and Grafdigger’s Cage.

The only real downside to Kunoros is that it’s in Orzhov. And Kunoros doesn’t just prevent an opponent from utilizing graveyards, it affects his controller from using it as well. Other than that it’s a 3/3 with CMC of three (one Black and one White) that can shut down small creature-based Aggro and Midrange regeneration decks.

And against Sacrifice decks that utilize Cauldron Familiar, Kunoros prevents the pesky cat from returning to the battlefield.

Get in on the fun and shut down graveyard shenanigans with Kunoros, Hound of Atheros on Jan. 24 with the official release of Theros: Beyond Death.