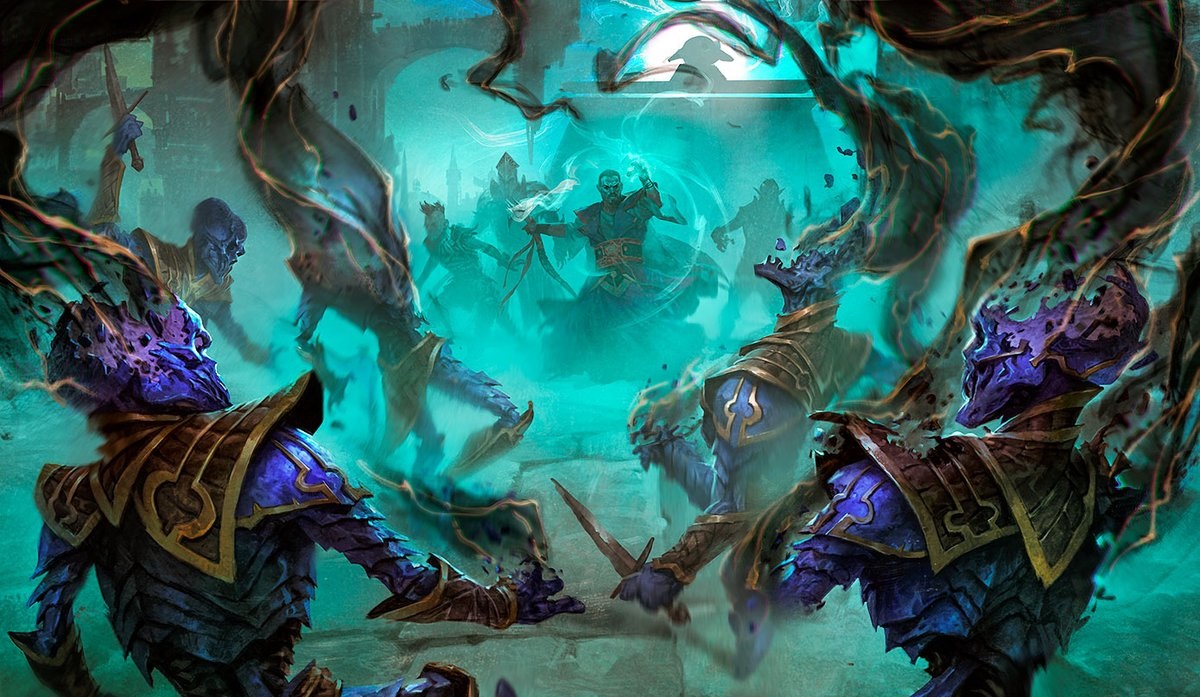 The new Escape mechanic in Magic: The Gathering has been expanded upon today with the reveal of Underworld Breach.

With a CMC of two (one Red), the enchantment Underworld Breach provides all non-land permanents in a controller’s graveyard with Escape—but only until the beginning of the end step.

Underworld Breach is a one-shot strategy, allowing a player to bring back a key card, or cards, at a cost of three exiled cards from the graveyard and its original mana cost. Outside of the Standard format, Sundial of the Infinite prolongs Underworld from being sacrificed. But it’ll still get sacrificed on an opponent’s end step.

In Standard, cards like Shepherd of the Flock and Unsummon can bounce it back to hand, along with planeswalkers like Teferi, Time Raveler.

Cards in THB like Chainweb Aracnir and Woe Strider can “Escape” the graveyard at a lesser cost than their assigned Escape cost. And when they return, they’re pumped up with +1/+1 counters. Aracnir returns as a 4/5 and Woe Strider is a 5/4.

The shenanigans of Underworld Breach begin with the digital release of Theros: Beyond Death on Jan. 16. The set’s official release date is Jan. 24.