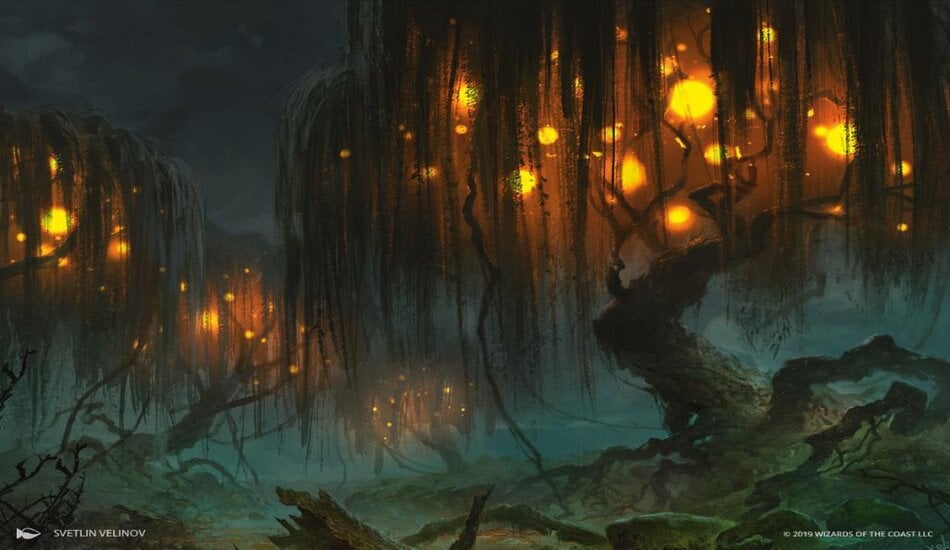 Black in Magic: The Gathering Standard has a free sacrifice outlet via the Theros: Beyond Death horror, Woe Strider.

Set to release on Jan. 24, Theros: Beyond Death (THB) returns to the plane of Theros with a focus on the underworld. Despite rumors that Wizards of the Coast wasn’t designing more free sacrifice outlets, Woe Strider was revealed today by Star City Games’ Twitter account.

Every time a creature is sacrificed, Woe Strider allows a player to Scry one. It’s a free sacrifice outlet that also has the Escape mechanic. Returning from the graveyard, however, isn’t cheap. Woe Strider costs five mana (double Black) and four exiled cards to return. But when it does, it comes back as a 5/4, thanks to two +1/+1 counters.

Jund Sacrifice and Mono-Black Sac benefit with the addition of Woe Strider, as does the Aristocrats archetype. It’ll also work in other Magic formats like Commander and Pioneer. It’s similar to Viscera Seer, having a greater CMC cost but also having the Escape mechanic and the production value of a 0/1 goat token.

Wizards of the Coast hasn’t elaborated on why Woe Strider produces a goat token yet, but a story is likely on the way from MTG head designer Mark Rosewater.

Related: MTG Theros: Beyond Death Wrath of Storm wipes the board

You can check out Woe Strider in action with the release of Theros: Beyond Death on Jan. 16 digitally and Jan. 24 via paper.