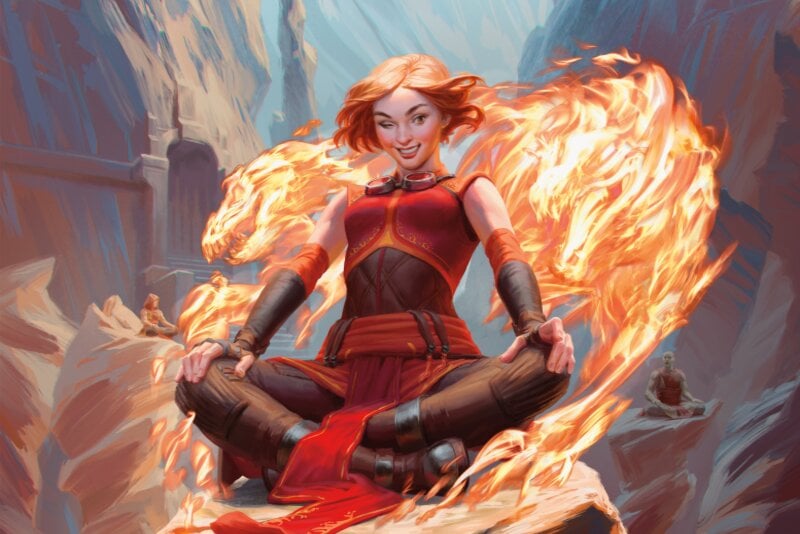 The five planeswalkers in each of the Core Set 2020 pre-constructed Planeswalker Decks, which are catered toward beginning Magic: The Gathering players, have been revealed.

It’s unknown if the same will prove true with the five planeswalkers in Core Set 2020, but Chandra Flame’s Fury is likely to be the most versatile. Vivien, Nature’s Avenger and Mu Yanling, Celestial Wind, and Ajani, Inspiring leader also show decent potential. Sorin, Vampire Lord, however, remains questionable for now.

Chandra, Flame’s Fury is dangerous on her own and outside of the pre-constructed Planeswalker Decks. She has an ultimate no opponent wants to see go off late in a match. And Chandra Acolyte of Flame can help her reach that minus-eight counter.

Receiving a Planeswalker Deck in the M19 set, Vivien returns in Core Set 2020 with Vivien, Nature’s Avenger. While she doesn’t have removal, Vivien’s minus-one is great for tempo because she provides the necessary creatures to stack the board with. Her plus-one also puts a counter on a target creature for aggressiveness and protection until she reaches her minus-six ultimate.

Doing what Blue does best, Mu Yanling, Celestrial Wind controls the battlefield while providing a possible win-con as her ultimate. Teferi can bump one permanent but Mu Yanling can bump two creatures. Put them together and Control tightens its grip on the Standard metagame in Magic: The Gathering.

Ajani, Inspiring leader is a solid planeswalker in tier two decks. He provides lifegain for Ajani’s Pridemate while putting plus one/plus one counters on up to two creatures. Ajani does have removal with a minus-three while still providing lifegain, but his ultimate at minus-10 is a tad weak.

Bouncing between Ajani, Inspiring leader’s plus one and minus-three in combination with Ajani, the Greathearted is probably a better strategy than relying on his ultimate.

Likely the worst planeswalker card in the Core Set 2020 Planeswalker Decks, Sorin, Vampire Lord is basic and bland. His plus one counter doesn’t provide much and his minus-two only deals up to four damage. But the four lifegain fits the Vampire symbiotic theme and could prove beneficial. His ultimate could be a win-con move, but several factors need to line up before it can go off successfully.

Magic: The Gathering Core Set 2020 will be released on July 12, along with all five M20 pre-constructed Planeswalker Decks.