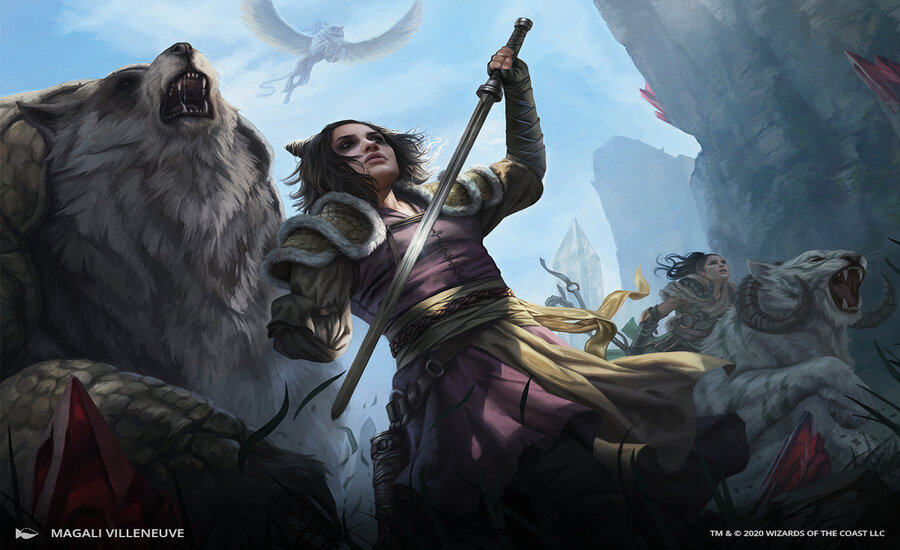 Wizards of the Coast unbanned two MTG Arena Historic Brawl cards today based on the power level of commanders and matchmaking.

Revealed during the MTG Arena June update today, Golos and Winota are no longer banned in the Historic Brawl format. WotC has been “tracking and weighting specific commanders in both Brawl and Historic Brawl” since last August, according to the MTGA June update. The goal of the system was to “better match players with similarly weighted commanders, keeping the challenge for competitive players while ensuring the formats remain hospitable to casual players.”

The weighting system has “been largely successful,” according to WotC, leading to the unbanning of Golos, Tireless Pilgrim and Winota, Joiner of Forces. Players can test these cards out via MTG Arena during the Friday Night Magic June 18 Historic Brawl event.

Starting on June 19 at 10am CT and running until June 25, MTG Arena is hosting a special Historic Brawl event. The event has an entry fee of 500 gems or 2,500 gold, offering Japanese Mystical Archive card styles as rewards based on wins.

The unbanning of Winota and Golos is just the beginning of possibly more unbanned MTG cards within the Historic Brawl format. Shifting from bans to weighting as a tool within Brawl prevents players from losing out on wildcards within MTG Arena.

WotC will “continue to adjust the weighting of various commanders as the format develops.” The removal of Golos, Tireless Pilgrim and Winota, Joiner of Forces from the Historic Brawl ban list will go into effect immediately.