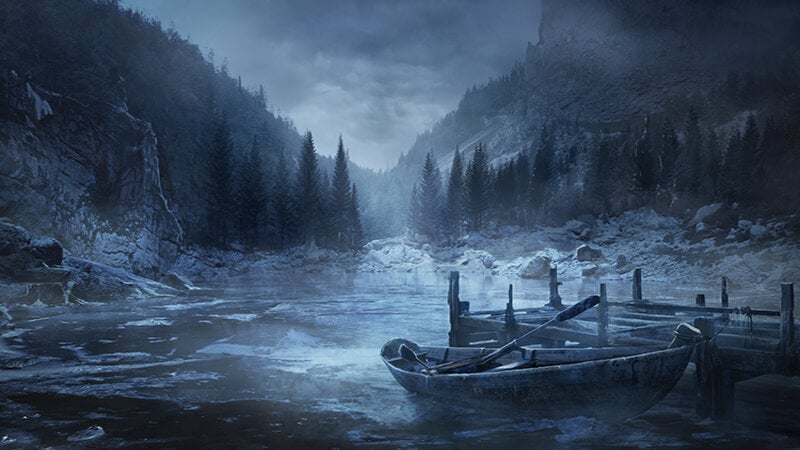 Today’s Throne of Eldraine spoilers have featured plenty of giant Magic: The Gathering creatures, but Claim the Firstborn has other plans for them.

Stealing an opponent’s creature and then sacrificing it after an attack is a Rakdos theme within MTG that never fully took off due to Act of Treason costing three mana to cast. Claim the Firstborn from Throne of Eldraine (ELD), however, provides an early “steal and sac” option that’s never been available before.

At the cost of one red mana, Claim the Firstborn steals your opponent’s creature with a converted mana cost of three or less until the end of turn. Once stolen, it untaps and gains haste, just like Act of Treason.

Stealing a creature for one turn isn’t enough of an advantage, but sacrificing it before returning it to its owner is—especially when the sacrifice triggers an ability. The difference in mana cost allows for a sacrifice card to be cast in the same turn. There’s also a stipulation difference based on the type of creature Claim the Firstborn can steal.

Within Rakdos, there are several Black sacrifice cards that can be used in conjunction with the low mana cost of Claim the Firstborn. Bone Splinters is an ideal combo since sacrificing a creature you own is part of the price paid to remove an opponent’s creature—all for the low cost of two mana between both cards. 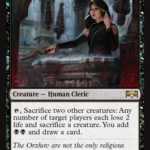 Similarly, Priest of Forgotten Gods triggers removal, cantrip, and mana. And the same goes for Plaguecrafter, which triggers the opponent to sacrifice a creature or discard.

In regards to the converted mana cost of three or less stipulation, there are plenty of creatures that players would love to remove early on in a match, including Thrashing Bontodon, Rotting Regisaur, and Knight of Ebon Legion.

The Throne of Eldraine set with Claim the Firstborn will be released on Oct. 4.