A fifth legendary cycle card is released with an Elemental theme. 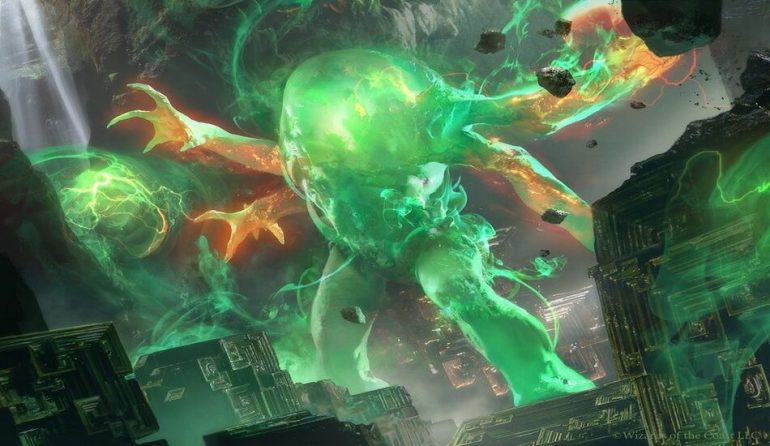 Over the course of the week during MTG Core Set 2020 spoilers, Elementals have been a predominant theme with the addition of cards like Creeping Trailblazer and Overgrowth Elemental. The M20 set has undergone a few changes when compared to previous Core Sets from Magic: The Gathering, containing more cards with an emphasis on themes for Commander and Standard.

Omnath, Locus of the Roil is the latest spoiler added to the M20 legendary cycle, specifically designed by Gavin Verhey and the R&D team for Core Set 2020. The other legendary cycle cards that have already been released include Yarok, the Desecrated, Kykar, Wind’s Fury, Golos, Tireless Pilgrim, and Kaalia, Zenith Seeker.

Omnath, Locus of the Roil

Costing four mana (one blue, one green, and one red), Omnath is a three/three legendary Elemental with removal powers upon entering the battlefield and the ability to create a powerful Elemental army.

Omnath, Locus of the Roil is a Mythic Rare that when brought onto the battlefield deals damage to any target, equal to the number of Elementals under your control. This can be aimed at an opponent’s face, a planeswalker, or toward another creature.

In addition to damage, Omnath also beefs up all the Elementals on the battlefield with a plus one/plus one counter every time you play a land. If you have eight or more lands in play, then you get to draw a card as well.

Adding counters to a row of Elementals with the option later in the match to increase tempo through card draw is more than worth the four mana cost of Omnath, Locus of the Roil. Considering how Creeping Trailblazer and Overgrowth Elemental are also adding plus one/plus one counters to Elementals, the board state has a possibility to get insane quickly.

The Blue and Red color splash in Omnath, Locus of the Roil for Standard also opens up a few opportunities to create an interesting Elemental deck. Utilizing planeswalkers like Nissa, Who Shakes the World, Chandra, Acolyte of Flame, and Mu Yanling, Sky Dancer—all who produce Elementals (land, creature, and bird)—can create a very dangerous board state when combined with Omnath, Locus of the Roil, Creeping Trailblazer, and Overgrowth Elemental.

Omnath and the rest of the 279 cards in Magic: The Gathering Core Set 2020 are set to release on July 12, with a pre-release draft taking place on July 5 and 6. MTG Arena and Magic Online drop the M20 set early on July 2.