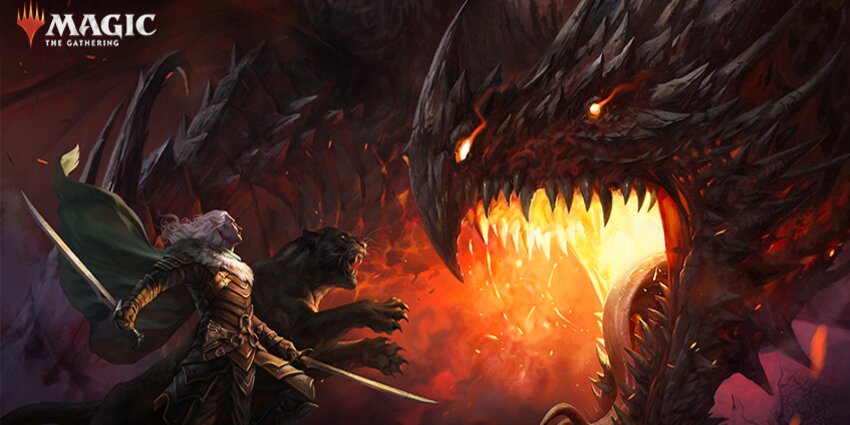 Replacing the Core Set slot in Magic: The Gathering this summer, Wizards of the Coast will mash together the Forgotten Realms series from D&D with the next Standard-legal set in Magic to form the Dungeons & Dragons: Adventures in Forgotten Realms.

The crossover of the two properties is a first in Magic history and part of season-long series by WotC called the Summer of Legend. Modern Horizons 2, featuring cards like Counterspell and Urza’s Saga, will be released first within the Summer of Legend. Up next in the Summer of Legend is the release of Dungeons & Dragons: Adventures in Forgotten Realms (AFR). The Standard-legal set will have a digital and tabletop release date, along with a prerelease week.

From well-recognized dragons like Tiamat to the Vorpal Sword, the AFR set has the potential to become Magic’s most popular and all-time favorite set among players. Longtime D&D players will recognize artifacts like the Portable Hole and the spell Power Word Kill, along with the flavor of entering a village to be greeted by a Prosperous Innkeeper.

The AFR set will contain a total of 281 regular Standard-legal cards, along with alternative card frames and a classic rulebook frame treatment. A total of four preconstructed Commander decks will also be released with AFR on July 23. The digital release will take place on July 8.