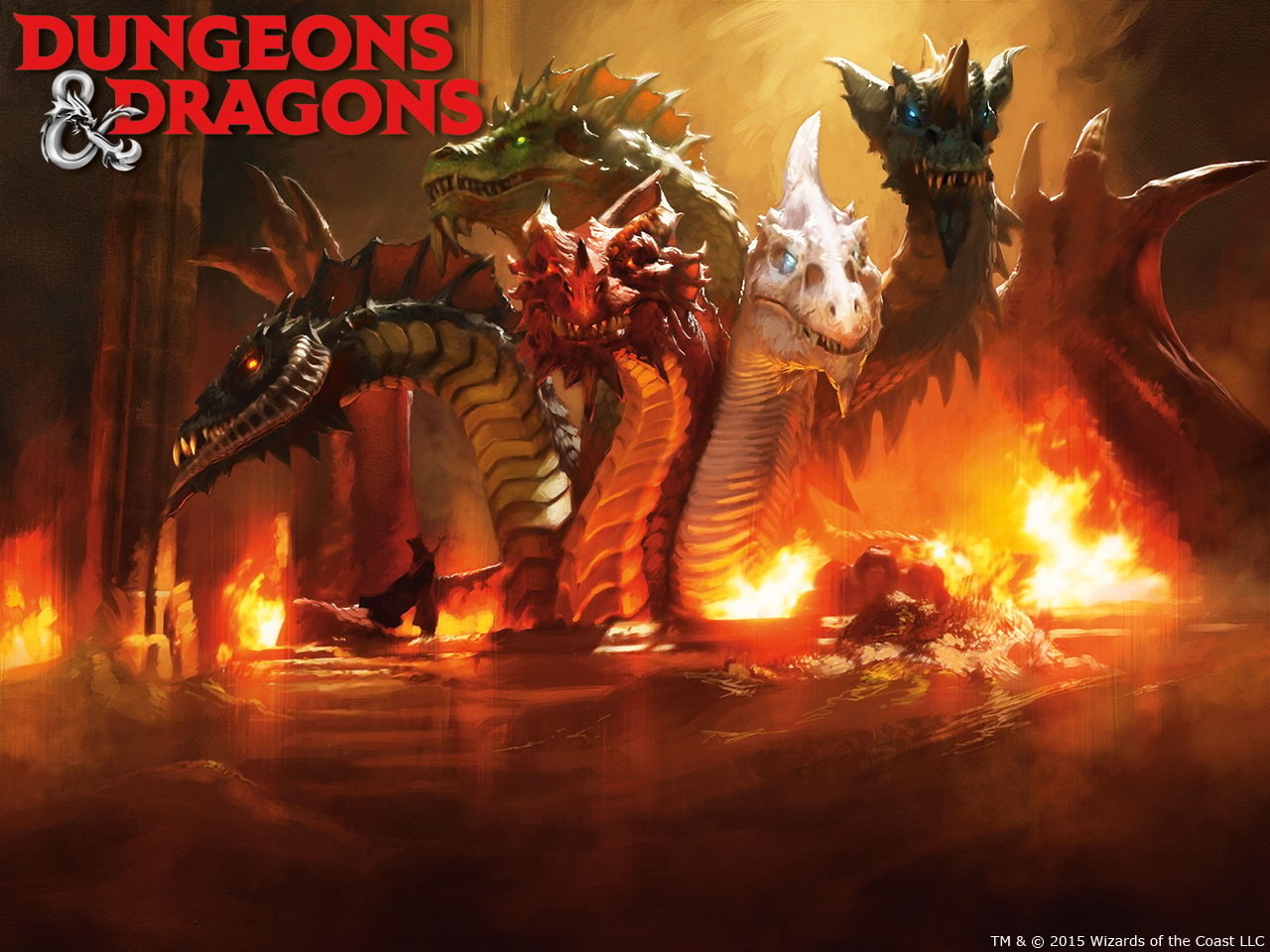 Previews for the upcoming Dungeons & Dragons and Magic: The Gathering crossover was highlighted by the reveal of a classic, all-powerful Dragon, Wizards of the Coast announced today during its Weekly MTG Twitch stream.

Tiamat is a lawful evil five-headed chromatic dragon. Each head represents one of the five primary mana colors in Magic. It is natural Tiamat would be a five-color Legendary Creature and one of the more powerful cards in the game.

She lies in contrast with the good-aligned metallic dragons lead by her brother Bahamut. With Tiamat appearing in the set, there is potential for Bahamut or other classic dragons to be introduced in the set.

The queen of evil dragons is a figurehead for the evil-aligned chromatic dragons and has been around since first edition. Being such an iconic character, Tiamat’s card had to be powerful and today’s reveal showed she will be a top-end piece in Dragon-tribal strategies. 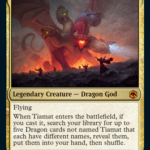 This seven-mana Dragon will be a strong Commander for Dragon tribal decks, competing with The Ur-Dragon. Tiamat fits well as Commander or in the 99. Tiamat’s enter the battlefield trigger sets up a game-winning sequence on your next turn. Finding five Dragons refills your hand with powerful threats that should synergize with each other.

In Standard, there are a handful of Dragons that could slot into a Tiamat-focused deck. Goldspan Dragon and Terror of the Peaks are great non-Legendary options. Strixhaven: School of Mages had a cycle of five Dragons that could find a home in the 75 as well.

It is likely the best card to pair with Tiamat hasn’t been revealed yet. Adventures in the Forgotten Realms will have a heavy Dragon tribal focus that should bring new pieces to support the archetype.

More information will come out when spoiler season begins on June 29. Adventures in the Forgotten Realms releases digitally on July 8 with a full tabletop release on July 23.