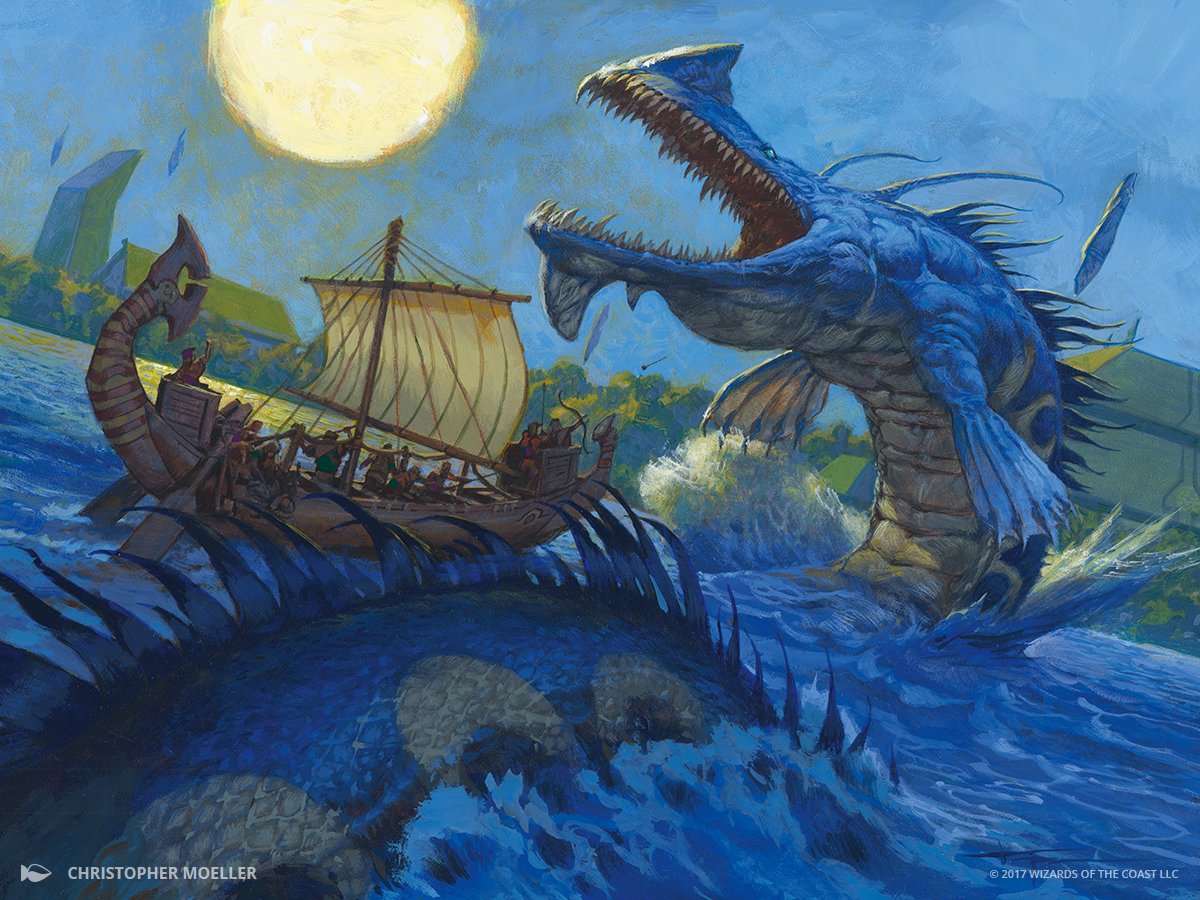 Spoilers are upon us for Magic: The Gathering’s newest set, Throne of Eldraine (ELD). Creatures look powerful in the set, especially with the recent spoiler of Lochmere Serpent, a strong, recursive threat for control decks.

Lochmere Serpent should be a great finisher for control decks in the upcoming Standard season. Ideally, you’ll want to play it on your opponent’s end step, courtesy of its flash ability. Then, you can tap an Island and sacrifice it to attack unblocked for an easy seven damage the next turn.

Lochy also comes with a great card advantage engine, but it’s expensive. Simply tap a Swamp and sacrifice it to gain a life and draw a card. For control decks who care about winning only later on in the game, this is a great ability—just get rid of your useless lands and turn them into value.

Interestingly, this ability is a great way to remove your opponents’ own Lochmere Serpent. MTG fans should expect to see some fights over this creature and this specific ability when Standard hits later this month.