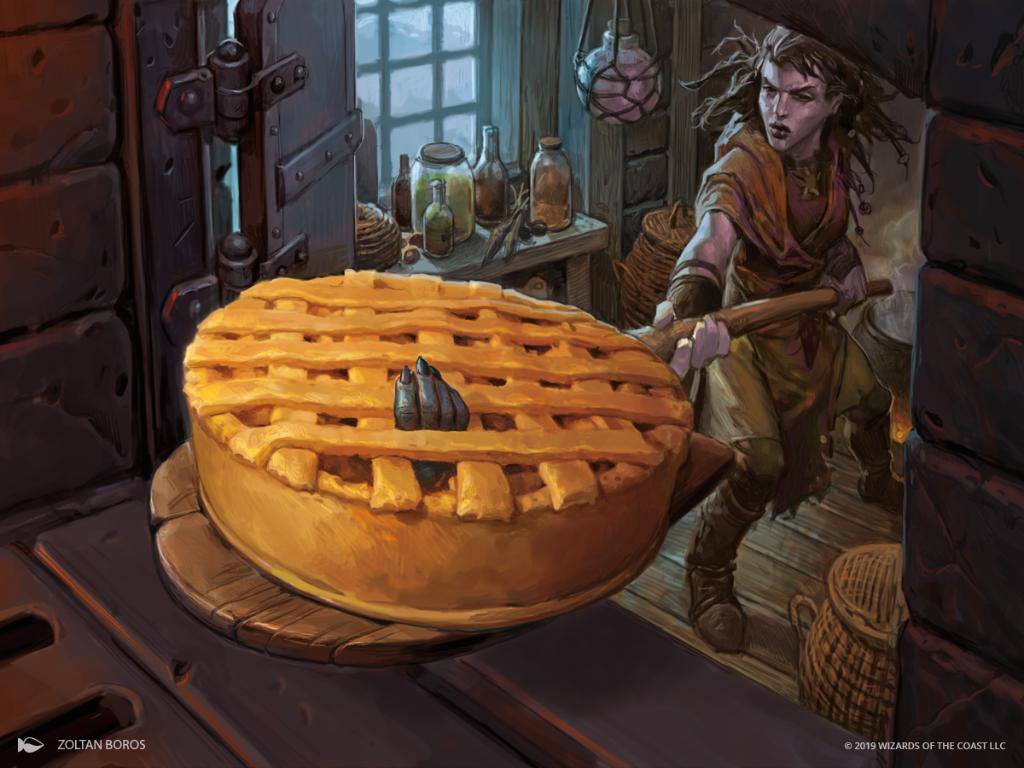 Six spoilers from the upcoming Throne of Eldraine expansion were revealed this weekend, highlighting new Magic: The Gathering mechanics like Food and Adamant.

The Magic community is already beginning to theorize deck building with ELD cards across multiple formats. There are several new mechanics in the set, but Food has been the most-discussed one. It has a lot of potential in Standard, but yet it feels like it might be too narrow.

Adamant is another ELD mechanic that rewards mono-colored decks, preparing the community for the Theros Beyond Death release. Several spoilers from this weekend highlight why these new ELD mechanics shouldn’t be ignored.

The Food token card that everyone in the MTG community has been waiting for is here. Giant Opportunity is essentially three mana for three Food or a 7/7 giant creature token at the cost of sacrificing two Food tokens.

The value found in Giant Opportunity is the best players have seen so far from the ELD spoilers. It’s a sorcery spell, however, which could limit its play within Standard.

Tall as a Beanstalk

Auras aren’t the most powerful in Standard, and Tall as a Beanstalk fits in with the typical Enchantment trope. Within ELD Limited, it’s a decent sideboard card to hang on to. Tall as a Beanstalk’s one main purpose is to extend Reach against flyers—and it comes at a hefty mana cost.

Four mana for a 3/3 is decent. Creating a Food token when it dies or is discarded puts Bartered Cow on a different level. It’s White, pairing it with Teysa Karlov in Orzhov decks. And it’s a possible splash within reanimator decks. Just don’t underestimate the power of a cow who’s been cursed by a fae.

Similar to Henge Walker, Clockwork Servant also wants a player to use three of the same color mana. But instead of getting a +1/+1 counter, it produces cantrip. This is a decent ELD card within Limited, but not so much in other MTG formats.

The translation for Fires of Invention is as follows:

Fires of Invention isn’t a cheap Enchantment, but it does hold a ton of potential value. When paired with cards like Icon of Ancestry and Bag of Holding, this Enchantment becomes quite dangerous—even if a player is only allowed to cast two spells.