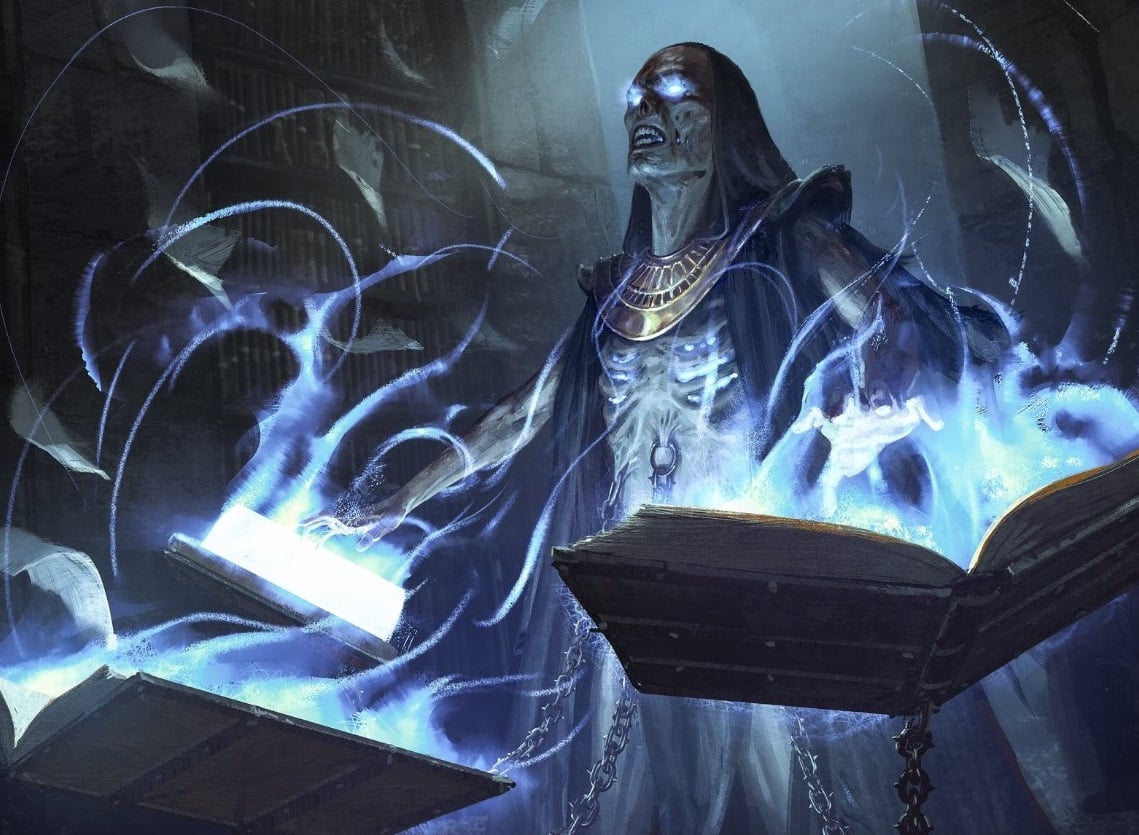 The first week of Magic: The Gathering Star City Games (SCG) tournaments following the Core Set 2020 release have wrapped with four archetypes finishing at the top.

The top four Standard decks following the M20 release are a bit of a surprise, especially Mono-Blue Aggro and Orzhov Vampires. Although it’s not surprising that Mono Aggro decks are the first to perform well, as Red and White performed well after War of the Spark dropped. Following the M20 release, Red and Azorious Aggro are still in the top 10, along with Mono-Blue Aggro, Bant Mass Manipulation, and the Orzhov Vampires.

Mono-Red Aggro, played by Aaron Barich, has consistently finished well in tabletop and digital tournaments. The deck relies on low-mana-cost creatures and spells like Fanatical Firebrand and Experimental Frenzy, along with mana-ramp from Runaway Steam-Kin, and direct damage from Shock and Lightning Strike.

Barich kept the foundational core of the Mono-Red Aggro deck while adding M20 cards like Ember Hauler and Chandra’s Spitfire in the main deck. Meanwhile, in the sideboard, there’s Chandra, Acolyte of Flame, and Fry.

By removing Wizard Lightning and Viashino Pyromancer, Barich made room for Ember Hauler and Chandra’s Spitfire. Because Ember Hauler can create damage similar to Fanatical Firebrand (sacrificing itself), it’s easier to pop off a Skewer the Critics with a spectacle cost rather than using Wizards Lightning.

And that’s where Chandra’s Spitfire comes in, receiving plus three/plus zero every time noncombat damage is fired off. Add in evasion through flying with Chandra’s Spitfire and your opponent is taking a ton of possible damage in one turn. When the stars align, the M20 Mono-Red aggro is possibly more powerful than its previous version. Chandra’s Spitfire can sometimes become clunky, much like Experimental Frenzy did when top-decking multiple lands in a row, however.

Much like Barich’s Mono-Red, Merriam’s Mono-Blue Aggro contained many of the foundational pillars while adding in a few new M20 cards. The deck relies on Pteramander and Tempest Djinn for a bulk of the damage, along with Opt and Curious Obsession for card draw. And it wouldn’t be a Blue deck without counterspells like Wizard’s Retort, Spell Pierce, and Negate.

The only new addition to the main deck is Spectral Sailor, a flying one/one spirit with Flash and the option for card draw. The difference-makers in the M20 Mono-Blue Aggro deck, are ironically in the sideboard. Cerulean Drake has protection from Red while Aether Gust cheaply bounces Red and Green permanents back to your opponent’s hand. Add in three Entrancing Melodys to take possession of an opponent’s creatures and suddenly Mono-Blue Aggro returns as a top MTG Standard deck.

Don’t plan on Mono-Blue Aggro remaining at the top for long, as it’ll likely get pushed out of the meta as more complicated builds begin to rise through the ranks. For a beginning player getting their feet wet in competitive play, however, Mono-Blue Aggro is a solid first deck.

Riding the Sorin, Imperious Bloodlord train, Smith put together a solid Orzhov Vampire deck by keeping what worked while adding a couple of new M20 cards. Unlike the Mythic Vampire deck created by Huey Jensen, Smith’s build takes an Aggro approach through low-cost mana creatures and spells. With the exceptions being one copy of Vona, Butcher of Magan and four copies of Champion of Dusk for card draw.

The real game-changer in the Orzhov Vampire decks is the Knight of Ebon Legion. Costing only one mana to play, it builds counters on itself through an opponent losing four or more life, along with beefing itself up for a turn through a mana ability. But Knight of Ebon Legion can’t carry the deck on its own, which is where Sorin, Imperious Bloodlord comes in.

As a three-drop, Sorin is an undisputable top M20 planeswalker that fuels the Orzhov Vampire deck. Much like Mono-Blue Aggro, though, the future of Vampires as a top Standard meta deck remains uncertain.

Bant Midrange decks have consistently been in the top 10 through 16 in competitive play this year. Bant Mass Manipulation has always been a solid deck but gets an improvement thanks to Cavalier of Thorns and Drawn from Dreams. In the sideboard, Shifting Ceratops is a powerful addition while Aether Gust bounces for cheap and buys you time.

Like previous Bant Mass Manipulation decks, Allen relies on plenty of mana dorks and Hydroid Krasis for ramp, boardstate power, and tempo—along with little Teferi for control and Nissa for three/three lands with haste. And of course, it wouldn’t be the deck it is without Mass Manipulation and Entrancing Melody.

Unlike Mono-Blue Aggro and Orzhov Vampires, Bant Mass Manipulation should remain a top meta deck throughout the M20 season. Plus, a majority of the deck survives rotation, meaning it should stick around through the rest of 2019.