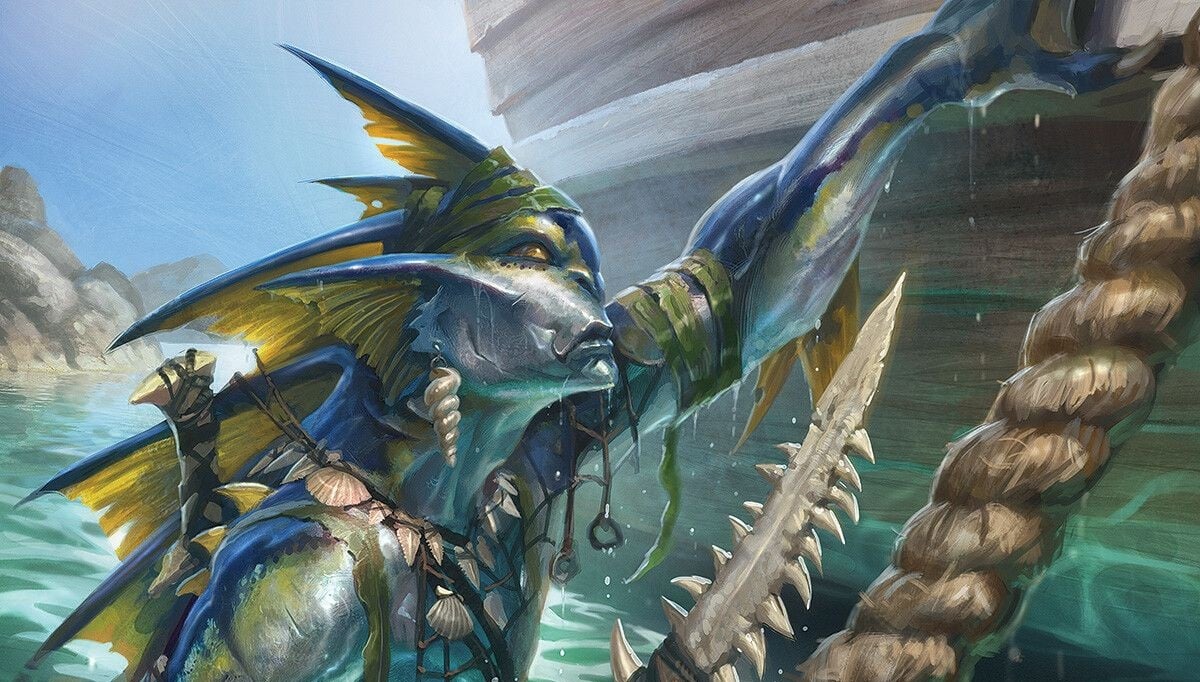 Tempo has had a rocky time in MTG Standard since the release of Core Set 2020 and the prominence of Field of the Dead. But with recent bans, it’s now emerged as a serious contender.

The newest take on the deck, Izzet Flash, replaces the older counter-heavy Simic Flash with more aggressive red spells. Here’s what you need to know about this electrifying tempo deck.

Flash in for the win

If you aren’t familiar with Flash decks, meet Brineborn Cutthroat. This seemingly normal uncommon creature is actually one of the most dangerous beaters in Standard.

Coming down early in the game, your general gameplan will be to cast this guy and then only cast spells on your opponent’s turn. This will quickly grow Cutthroat into a massive powerhouse that can swing for lethal within a few turns.

So what do you cast on your opponent’s turn?

With Cutthroat on the field, Flash turns into a nasty deck that refuses to let an opponent play out their deck. Negate and Quench serve as counters that keep opponents tilted until the mid-game when more powerful counterspells like Ionize can take over.

Izzet Flash also welcomes new cards from Throne of Eldraine. Brazen Borrower can be cast for its adventure or just as a creature, and Bonecrusher Giant has become standard in most red decks.

Cards that let you dig for more action are also welcome. Opt plays a great role as a Cutthroat enabler, but also as set-up on turns one or two. Meanwhile, Ral’s Outburst can crush an opponent’s blocker while giving you supreme card advantage, all at instant speed.

Finally, when all else fails, you can always just go for some simple burn action. Shock is where you want to be with this deck—cheap, effective, and at instant speed to grow your Cutthroat.

Sometimes with this deck, you won’t have access to a Cutthroat. Even without it, you aren’t out of the game. Rely on some of those adventure creatures to deal some damage. Borrower and Bonecrusher can quickly deliver the beats, especially if you can clear the way with your other spells.

Interestingly, one of the newest additions to this deck plays against its synergy. Gadwick, the Wizened has become the go-to draw spell in many creature-based blue decks—Percsalert’s 5-1 Twitch Rivals deck even ran four copies.

Simply put, Gadwick is a flexible draw spell with a decent creature body and a useful passive ability to tap down your opponent’s troublesome creatures. That’s a lot of value, so much that even this deck focused on playing during your opponent’s turn can’t ignore it.

Tempo plays are the key

Ultimately, winning with Izzet Flash will depend on having the right plays at the right time. You’ll want to focus on making sure to interrupt your opponent’s winning plays, even if that means taking some damage early.

Against aggro decks, bounce or burn their early attackers, then set up some blockers and win with a superior board state. Against control, set up one or two attackers, then defend them as best you can. Against midrange, try to get the beats in early. And when they get out of control, hope you have enough burn to finish the job.