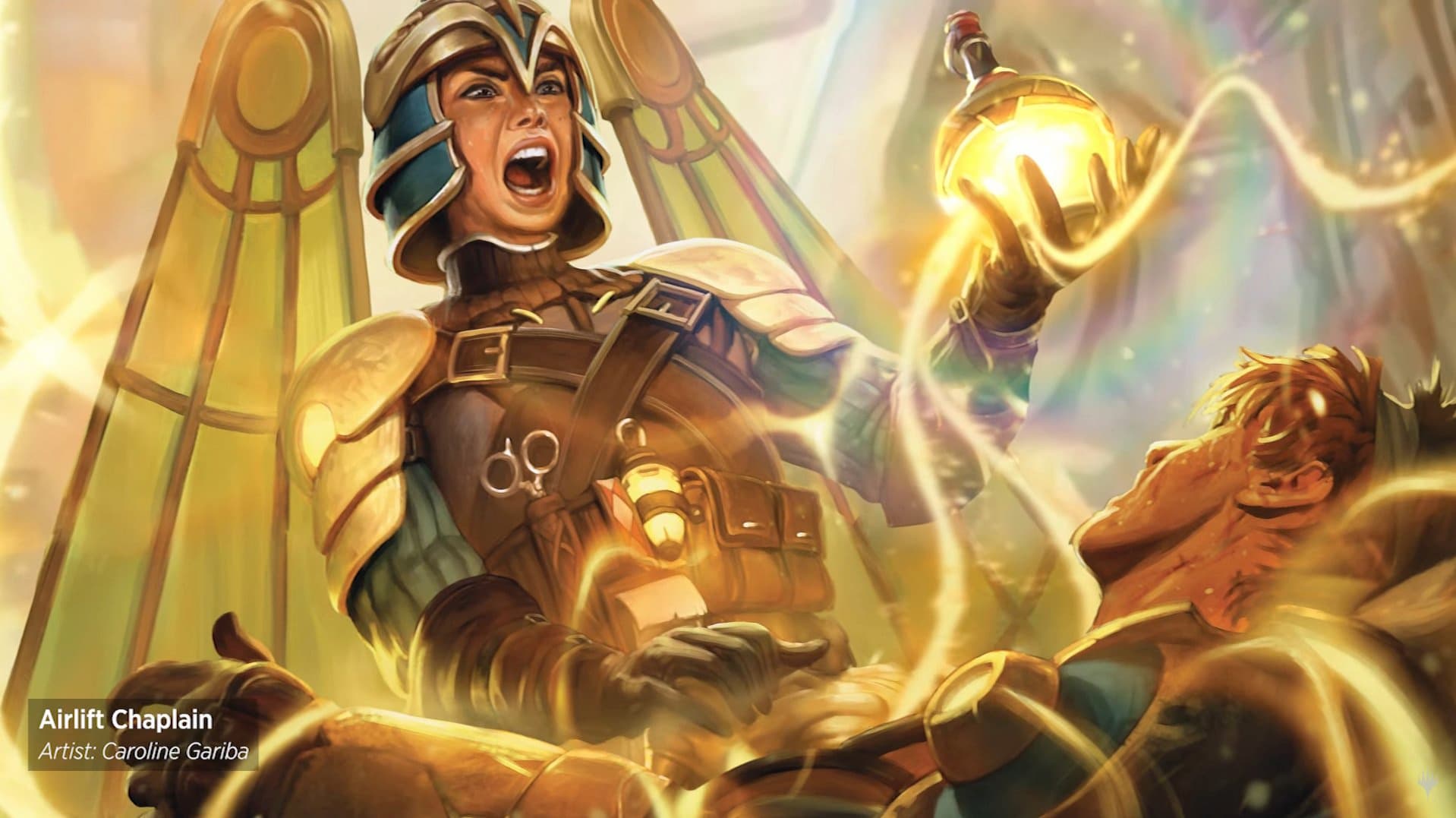 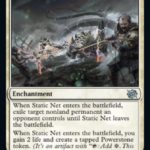 White is always a dynamic color in Magic: The Gathering Limited because of its intersection of supporting go-wide Creature strategies and sacrifice themes. A similar theme is found in the White decks supported in The Brothers’ War Limited.

Similar to Dominaria United, Magic‘s next set The Brothers’ War appears to be a synergistic set that will provide deck builders with the freedom to apply nonlinear strategies in both Draft and Sealed.

White wants to play Creatures with a focus on the Soldier Creature type. Every deck will be able to take advantage of Soldier-related buffs with each applying a different gameplan to end the game. Some decks will want to take advantage of Artifacts while others want to simply use a traditional low-to-the-ground aggro strategy.

There are four color pairs in BRO Limited that involve White. Here are all the White archetypes in the set.

White is one of the colors that could work well by adding a color splash. There won’t be much of that because the only dual-color land cards are Rares. However, White might be able to pull this off by splashing some big-mana bombs to support the go-wide strategy. This will allow decks to attack from multiple angles.

Here are the best lower rarity White cards in BRO Draft and Sealed.

The Soldier-tribal deck will want ways to consistently create Soldier tokens to overwhelm the battlefield with many threats. Scrapwork Cohort is a solid card because it works well with each strategy that White supports. It has Unearth, so it can generate value out of the graveyard and it’s a Soldier that creates a Soldier when it enters the battlefield. This is a good Common that will likely make the cut in most White lists.

Lay Down Arms is a clean piece of removal that exiles. It has two downsides that aren’t that bad and still allow Lay Down Arms to be playable. The opponent gaining three life doesn’t really matter if you exile their best card. Having the target’s mana value line up with the number of Plains you control could become tricky on the draw or if you’re dealing with mana screw. Most of the time, however, Lay Down Arms will be able to deal with most threats the opponent plays. The only cards this won’t be able to reliably remove are the expensive Prototype Artifacts in the set.

Disenchant is strictly a sideboard card in most sets, but sometimes things line up where this card becomes a powerful main deck piece of removal. BRO is filled with Artifacts that will be clean targets for Disenchant. There will likely not be a single deck not running an Artifact or Enchantment. What makes Disenchant great is its ability to destroy most expensive bombs for only two mana.

At its core, a two-mana 2/2 with vigilance is a playable Creature. It can trade well in combat and get some early damage in. This card has a strong ability that turns it from a fine card to something that’s going to be a force on the battlefield. With Powerstones and Artifact Creatures, it won’t be that difficult to trigger Phalanx Vanguard multiple times in a turn. This card will be better in a go-wide strategy, but should make the cut in most White lists.

As a one-mana play, Recruitment Officer is a solid card in late-game situations. The 2/1 body will make it a decent trading piece in certain situations, but there’s more incentive to let the card stick around for several turns. The four-mana activated ability, which can be partially paid for with Powerstones, will help mitigate mana flood and find action in later turns. This will be a key cog in both W/U Soldiers and W/R Aggro lists.

Static Net is a fantastic Uncommon removal spell. This four-mana Oblivion Ring will deal with any nonland permanent, which is relevant against the powerful Artifacts throughout the format. What turns this card from a fine removal spell to one of the best in the format is that it creates a Powerstone and gains two life. There’s plenty of value packed into a four-mana spell that makes Static Net a go-to option whenever it shows up in Draft.

Ambush Paratrooper is a middling two-mana 1/2 body with Flash and Flying. It won’t dominate combat situations in early turns, but later in the game it can enable game-winning attacks. The five mana activated ability gives all of your creatures +1/+1 until the end of the turn. This ability is powerful and the cost isn’t as extreme as it would be in other sets because of how easy it is to create Powerstone tokens. Look to run this card in any aggressive White deck and it’ll likely play a key role in securing a victory.