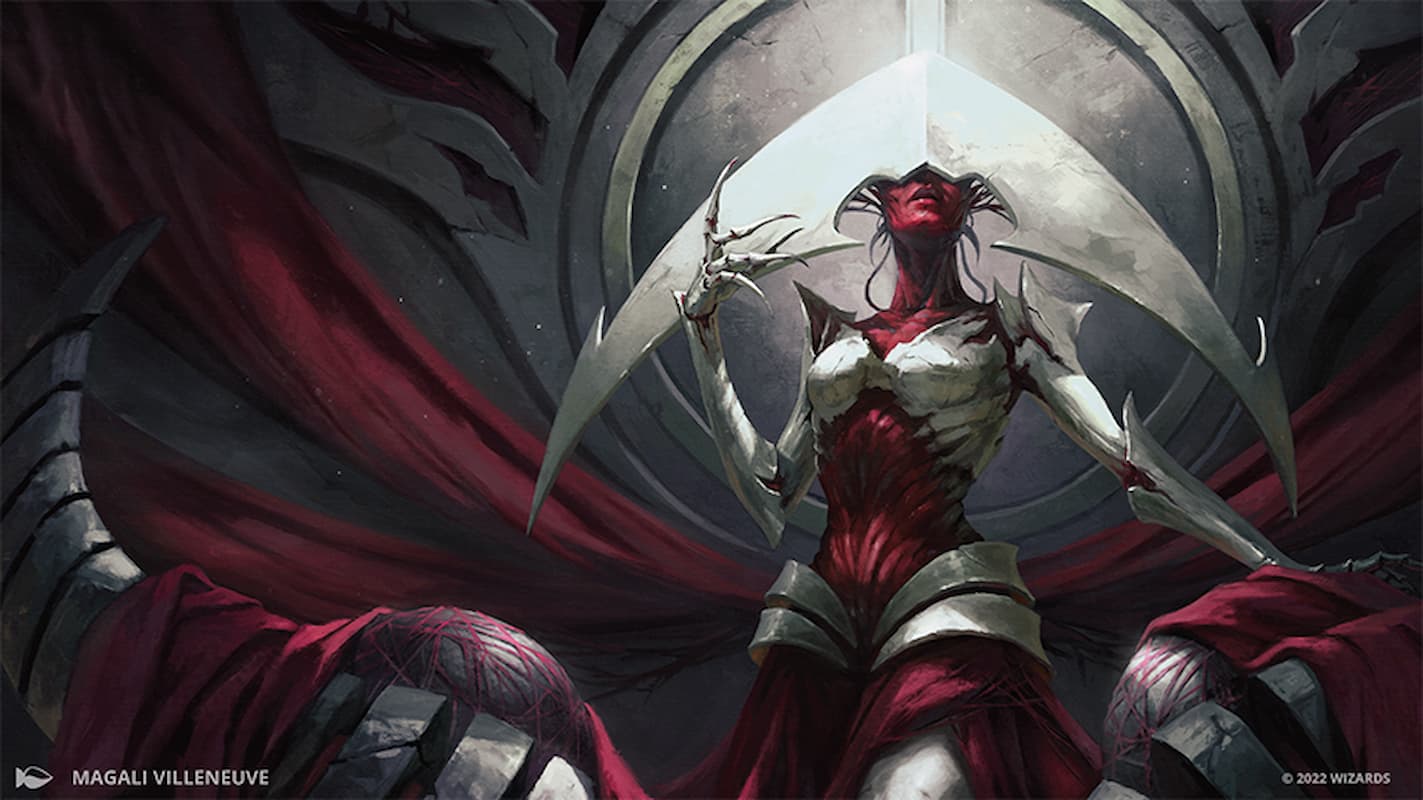 Wizards of the Coast has Elesh Norn and the Phyrexians planning a Magic: The Gathering Multiverse war for the ages and players can experience this epic battle over the course of five sets in the next year.

The global release of Dominaria United on Sept. 9 will not only mark the beginning of Standard rotation but the start of a 30-year MTG celebration slated to take place over the course of the next 12 months. Standard will have five sets from fall 2022 to spring 2023 that focus on the plane of Dominaria and Multiverse war coming with Phyrexians.

Outside of Standard, there are Universes Beyond sets like The Lord of the Rings: Tales of Middle Earth and Doctor Who.  Dominaria continues to get honored with Dominaria Remastered and Secret Lair will have a special drop just for the 30-year anniversary of Magic.

Here’s every MTG Standard and non-standard set scheduled to release from the fall of 2022 to 2023, according to Wizards of the Coast.

The release of Dominaria United (DMU) also correlates with the 2022 Standard rotation. A digital release is scheduled for Sept. 1, along with prerelease events from Sept. 2 to 8. And the global launch for DMU will take place on Sept. 9.

Taking a step back in time, The Brothers’ War (BRO) will highlight historically epic moments from the Dominaria war between the Artificers Urza and Mishra that changed the MTG plane forever. Artifacts are a main theme in the set, along with mechs and war machines.

It’s unknown at time of writing when the digital launch will take place, but there are prerelease events scheduled from Nov. 11 to 17. And the global launch is scheduled for Nov. 18.

Phyrexia: All Will Be One

The Phyrexia: All Will Be One set returns to the plane of New Phyrexia. Players will experience the plans Elesh Norn has for the Magic Multiverse. The set will likely have a horror thematic to it and will release during the second quarter of 2023.

March of the Machine

The epic war of the Phyrexians comes to a conclusion with the release of March of the Machine. A temporary release date has been scheduled for spring of 2023.

March of the Machine: The Aftermath

Upon the completion of the Dominaria arc and Magic’s celebration, the next two Standard sets releasing during the fall and winter of 2023 are Wilds of Eldraine and The Lost Caverns of Ixalan.

From Universes Beyond to a love letter toward the plane of Dominaria, players can find plenty to get excited about in the coming year.