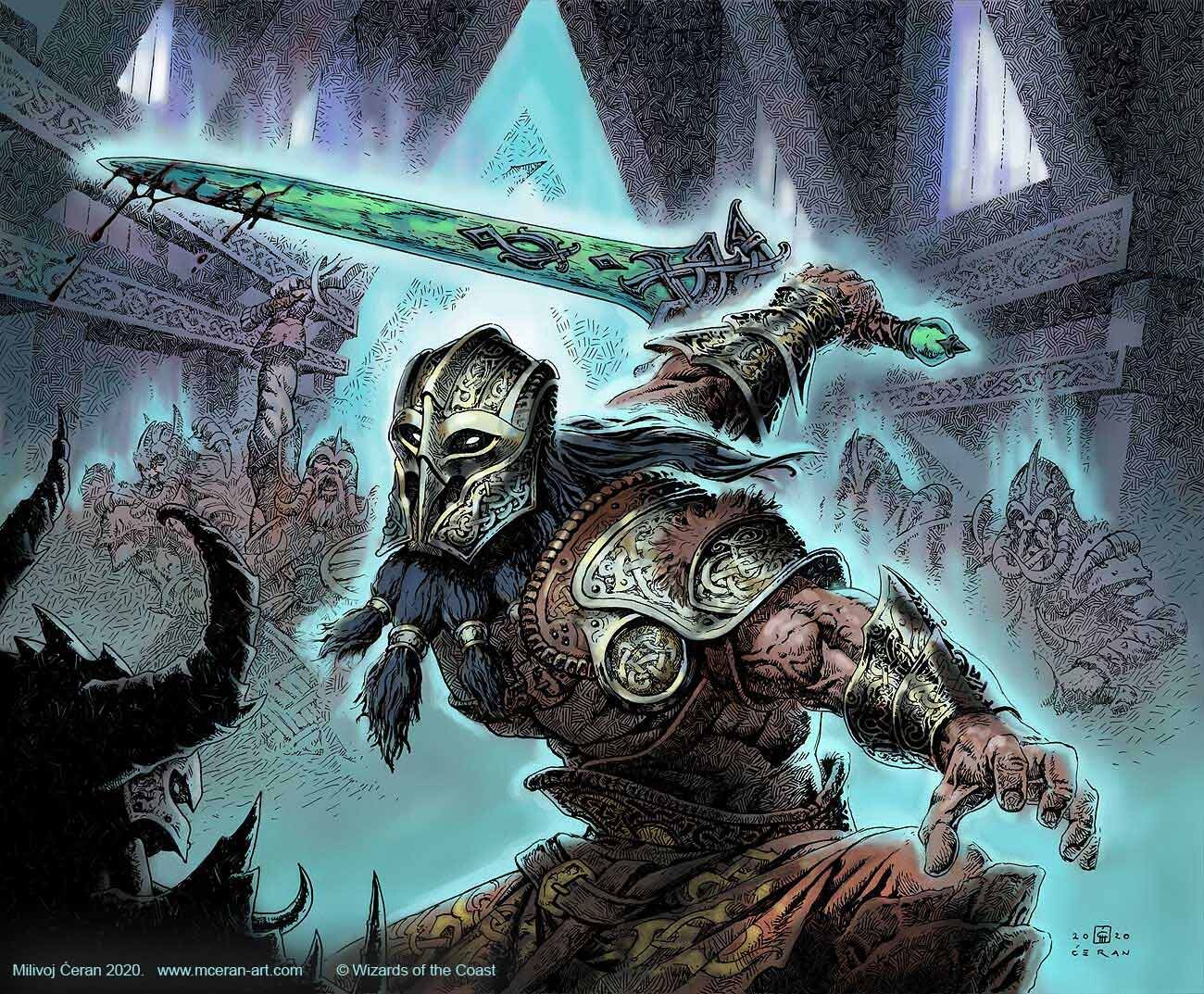 Day one of the February Kaldheim League Weekend proved one major thing: cards from Throne of Eldraine are still the best in Standard.

As the Magic Pro League and Rivals League gathered to compete in the final League Weekend before the Kaldheim Championship, everyone was looking to see what decks would perform well. This is the first top-level event involving Kaldheim Standard.

Several old favorites like Dimir Rogues fell off the map, represented only in four decks. It was decks running the adventures package that survived the introduction of Kaldheim into the format. Naya Adventures is an adaptation of Gruul Adventures using many of the same cards that made that deck a force for the past several months. Edgewall Innkeeper, Embercleave, and Bonecrusher Giant are featured heavily in these decks with a couple variations in the flex slot.

The variation ran by Reid Duke, who earned four points today, is looking to grind out games with the inherent value of adventure cards mixed with engines like Showdown of the Skalds and The Great Henge. Other players opted for a more combo-oriented version of Naya Adventures, which uses Goldspan Dragon, Unleash Fury, and Kazuul’s Fury to one-shot opponents.

There are some small adjustments between Mono-White Aggro decks showing that the strategy isn’t completely optimized. Some decks are running Lurrus of the Dream-Den in the main deck while others are leaning into Kaldheim gods to varying degrees. MPL leader Paulo Vitor Damo da Rosa has an interesting combination with a main deck Lurrus alongside Redaine God of the Worthy/Valkmira, Protector’s Shield and Halvar, God of Battle/Sword of the Realms.

Here are the top four players in the MPL:

Nelson’s four points on the day kept him in third place with two points separating him and Stráský. Fourth place is a tight race between Stráský and the streaking Reid Duke and Andrea Menguuci. Both are one point behind Stráský coming off four point performances oo day one.

Here are the top four players in the Rivals League:

Eli Kassis continued to run hot, ending the day with a one-point lead over Cifka and Hauck. Tomorrow’s matches will likely determine who leaves the weekend with pole position. Hauck had an impressive day earning five points. Kiihne is tied with Matt Sperling for fourth place despite earning only three wins.

There is a six-way tie at 24 points with Japan’s Yuta Takahashi quickly rising up the ranks with five points on day one. The rest of the players sitting at 24 points had weaker performances. Luis Scott-Vargas and Bernardo Santos struggled, earning two points.

The February Kaldheim League Weekend continues tomorrow with the main broadcast starting at 10am CT on the Magic Twitch channel.