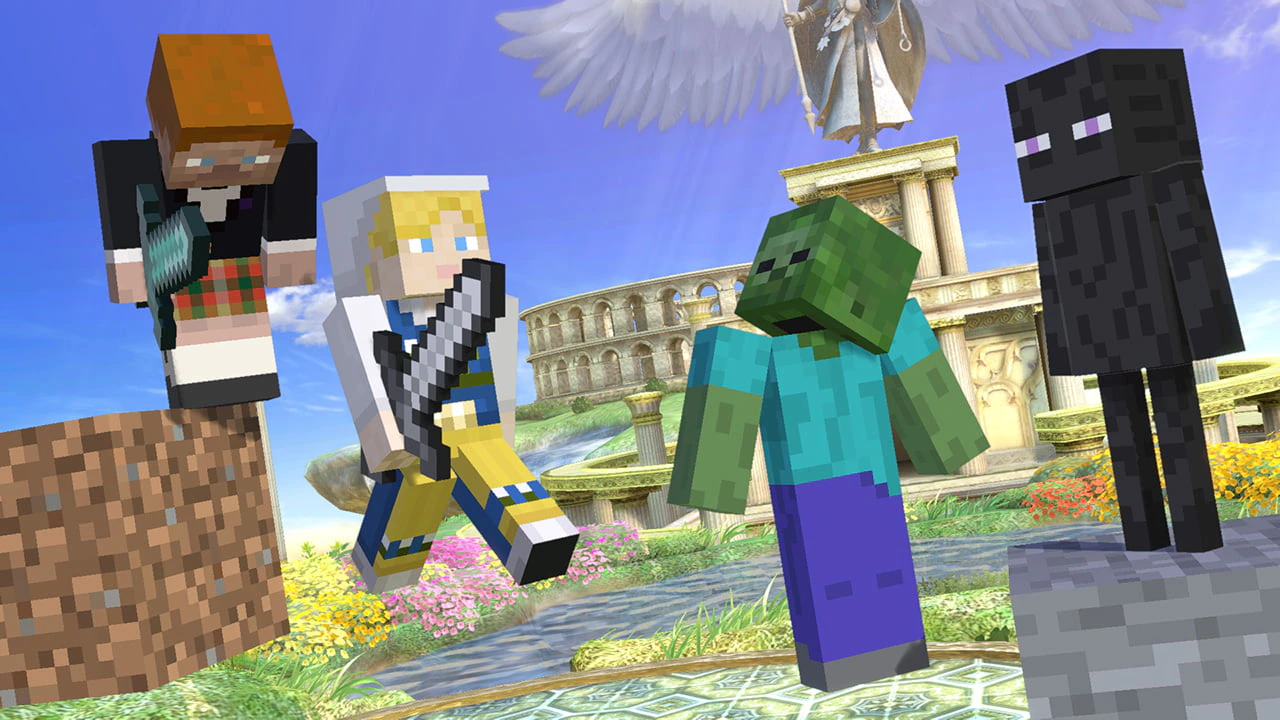 While Minecraft‘s gameplay is simple, it has become an immersive and large game that attracts more than just survival game fans. The biggest appeal to the game’s single-player portion is the sense of accomplishment. As players grow their dirt-based base, they can build mansions, fortresses, and everything in-between. In the game’s early stages, players have difficulty killing skeletons, but as time progress, players can eventually start slaying dragons.

There is more to the game than just single-player, which is why many players enjoy it. One of the biggest features of Minecraft is the servers. The server is basically a way for you to create a unique world for players to live in. There are usually multiple towns and an entire economy on these servers. Some servers, such as DreamSMP, have built full lore around themselves, which have become pseudo-reality shows.

These are the best Bedrock edition servers in Minecraft. Keep in mind that some of these are too extensive for mobile devices.

OwnagePE has a lot of work put into it. There aren’t a lot of funds going into continuously improving this server like bigger servers on this list, it’s instead a smaller server that the developers have worked hard on. OwnagePE is for those seeking a server with the level of detail and work of a larger server without overcrowding. The server will eventually have many more players, so you can build a reputation early on. The server comes with a few game modes: KitPvP, OP-Factions, Skyblock, and Practice. While it’s not many, the server will eventually get more game modes over time.

Hyperlands is one of the most popular Bedrock Minecraft servers. While most servers try to have dual focuses, such as survival and roleplaying, or PvE and PvP, Hyperlands is famous for being a great PvP server. The bigger game modes it currently features are UHC Meetup, Skywars, and Bedwars. This server is popular because it also hosts the smaller PvP game modes like The Bridge and Duels. Hyperlands has many players in every mode because it allows players to fight other players in various modes. If you’re only interested in PvP and want to show how great you are, Hyperlands is for you.

Some players are on their mobile devices, as Minecraft Bedrock edition used to be called Minecraft Pocket Edition. This would be your pick if you came to this list to find more mobile-friendly options. Skyblock, KitPvP, and Survival are all included on the server, but there is also an in-game economy that drives everything. Due to its size, you can use this server on most mobile devices since it doesn’t take up much memory. This server may also appeal to you if you are on a PC or Mac and looking for some fun without all the extra clutter.

Nethergames is probably the most well-known Minecraft Bedrock server. It’s no surprise that Nethergames is popular because it has a variety of game modes, some of which get ignored everywhere else, such as Creative Plots, Factions, Murder Mystery, Skywars, Bedwars, Duels, and Skyblock. Players use a Discord server to talk to each other, make voice channels for gameplay, and organize different schedules to play together. Tens of thousands of players log into this server daily, and the Discord is so crowded that it can be difficult to communicate. Probably no other server is as popular as Nethergames.

Vanilla Europa is a semi-vanilla server because while it is basically just a multiplayer Minecraft, there are some rules to keep things friendly. As an example, it uses land-claiming to prevent griefing, which works very well. As a result of its tight-knit community, it’s one of the least inhabited servers on this list. You want to join this server if you want to make really good friends and have adventures with them. There is a lot of SMP potential in this server just because everyone is so close, so they might be able to compete with Dream if they want.

CosmicPE is one of the servers that predates many other servers on this list. A popular aspect of CosmicPE is its battle royale-style gameplay, in which multiple factions compete against each other to maintain a high score. You can roleplay as someone in a wartorn land on this server because the level of warfighting is unprecedented.

JartexNetwork caters to sweatier or more cracked players than regular players. It features minigames with a strong sense of competition. The server offers Bedwars, Skywars, OP Prisons, Factions, The Bridge, KitPvP, UHC, Cutsom Skyblock, and many more. Over time, the server has grown more, but that only means that newer players have a harder time joining in because other players do not take it easy. JartexNetwork is probably the best place to find great Minecraft gameplay footage or proof that you are as cracked as you claim. It’s better to avoid this server if you aren’t ready to handle the pressure.

PikaNetwork has a nice mix of players, with some going out of their way to be great and others just doing well. The server continues to grow, so the developers have added multiple game modes. There is a Prison, Bedwars, Skywars, Custom Skyblock, Factions, KitPvP, just to name a few. The game is not very lag-prone, and most computers can easily compete even with all the features. As a minigame server, PikaNetwork is more focused on fun than roleplaying or survival, so if you’re not interested in living a new life in Minecraft and want to play games with friends, this is the server for you.

Whenever you want to relax, you should go to BlossomCraft. Most players are just there to roleplay and live a peaceful existence on the server, not to make the game difficult for anyone else. This server is extremely friendly and has all the casual Minecraft rules, such as player warps, keep-inventory, etc. The game has Ranks that players can have, which opens up more features. Ranks are used to get extra homes, chest shops, prefixes, and more. The economy is player-driven, but there aren’t many players who actively try and become the richest player, since the server is just dedicated to not going overboard.

CatCraft is a survival server that is more friendly to players of all skill levels. There are fewer hunger games-type survival modes and more like you’re living your life within Minecraft. There is a player-driven economy on the server, with a market comprised entirely of player shops. Since the staff live in different time zones, they are available almost all day. The server really pushes speed when it comes to the average resource gathering. You can cut down trees instantly and veinmine ores. Multiple realms have been introduced on the server recently, but the server continues to push the borders all the time, so more realms are a matter of choice rather than necessity.

There is no need to worry if your friends do not have Bedrock since WildwoodSMP allows cross-play between Java and Bedrock players. Lifesteal SMPs require you to make a base and kill other players to collect hearts. If you lose all your hearts, you’ll receive a small “punishment,” but after a minute or so, you’ll be able to play again. There is a plan to add an Earth SMP, which mirrors the earth, but that may take a long time. A casual SMP spot is also planned so that you can hang out with friends and roleplay, but no word on when that will be ready.

It has taken a lot of time and effort to develop this server. The CraftYourTown Minecraft server has been around since April 2017 and has improved over time. In addition to the unique abilities players can have, there is a player-based economy and custom items, making it more like a game within Minecraft. Doing jobs will earn you money and eventually you can open a shop in whatever town you choose. As this is a huge server with many areas already claimed and towns already built, it can take some time to decide where to live. While several houses and territories have already been claimed, newcomers have so many spots to choose from that they can change the landscape. There is a modpack included with it, but you don’t need to download anything to use it.