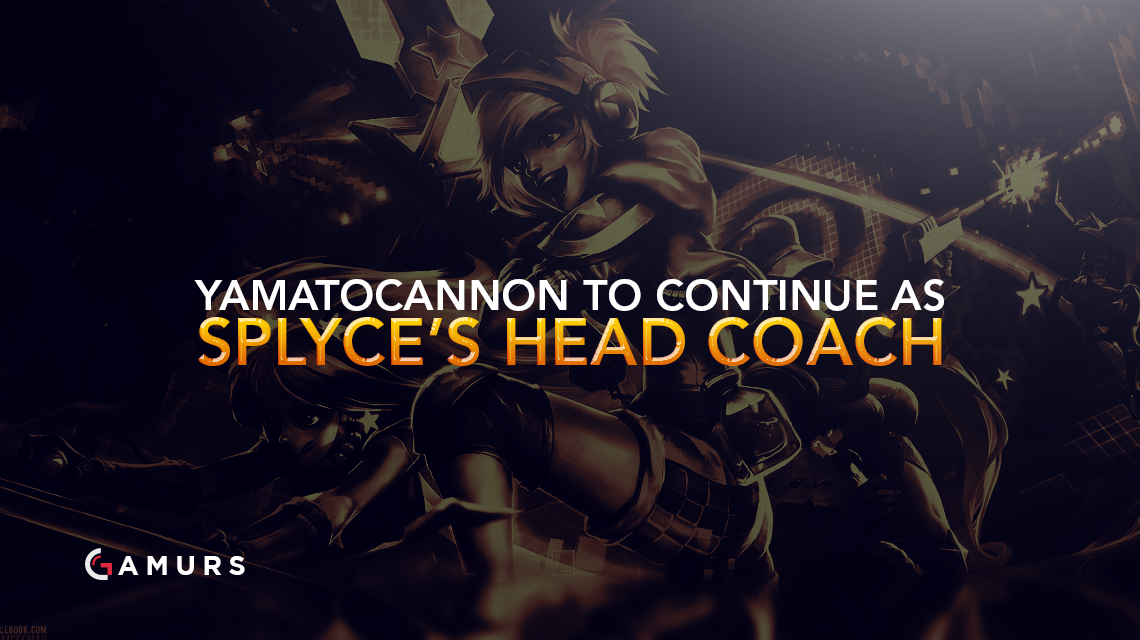 Amid rumors of possible player shifts, Splyce has secured their coach for the 2017 Spring Split. Jakob “YamatoCannon” Mebdi will continue to coach the team in the upcoming split, according to the co-owner of Splyce via his Twitter feed.

In a tweet that went out this morning, the co-owner said he was “Stoked to announce that we’ve come to terms with @YamatoMebdi for 2017…”

Mebdi led the team to an outstanding second place finish in both the regular season and in the playoffs of the 2016 Summer Split of the European League Championship Series, and he was also behind the team when they took home first place in the Europe Regional Finals to secure a seed at Worlds. Worlds, however, did not go as planned for the team, as they only won just one game and were eliminated at the conclusion of the group stage.

Clearly, the Splyce owners and management saw Mebdi as their best option, and his track record speaks for itself. He has been playing League of Legends professionally for over five years, and is just 20-years-old.

Shortly after this announcement came another one, the second saying that Jonas “Trashy” Anderson would be staying on the Splyce roster after securing a deal with the team for the upcoming split.

How well do you think Splyce will do in 2017? Let us know by commenting below or tweeting us @GAMURScom.