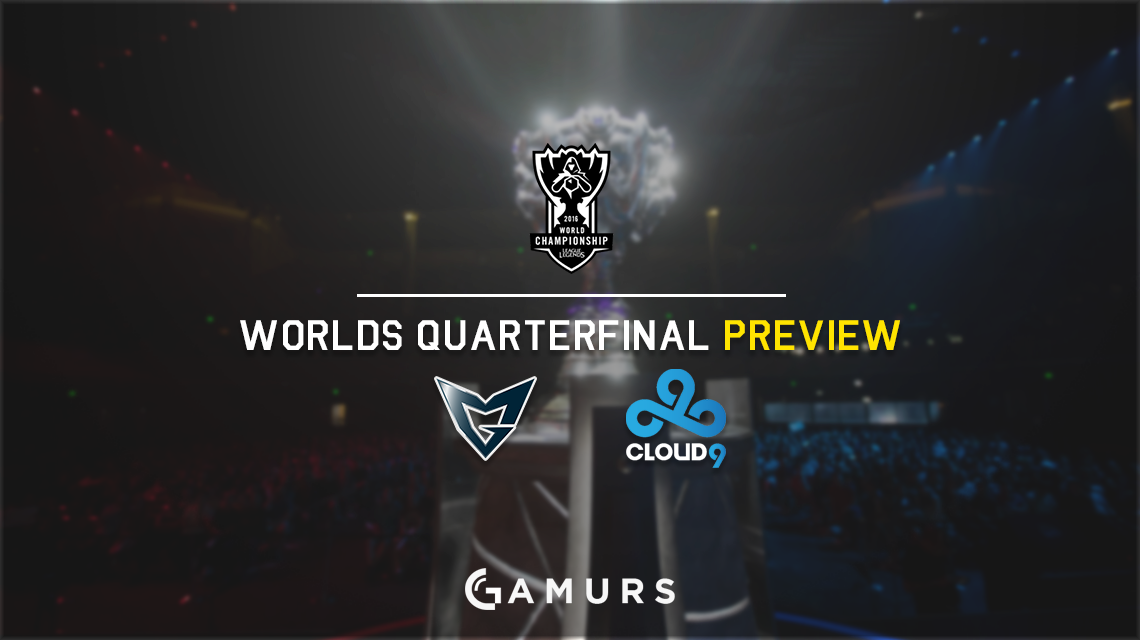 The quarterfinals of the 2016 Season League of Legends World Championship kick off with a match between one of the most impressive teams in the tournament so far, and North America’s last hope.

Korea’s No. 3 seed, Samsung Galaxy, rampaged through the “Group of Death” with a 5-1 record, looking nearly flawless.

North America’s No. 3 seed, Cloud9, had a bit of a tougher time in Group B and only managed a 3-3 record, just barely squeaking into the quarterfinals.

Looking strictly at each team’s performance so far, this looks like a blowout in favor of Samsung. However, if we look at results from the entire tournament, anything can happen. On Thursday, Oct. 13, the quarterfinals begin.

Samsung shows us the truth of Korean League of Legends; even the No. 3 seed can destroy pretty much anyone else in the world.

Quickly taking a look back at Samsung’s year as a whole, it was not very impressive in their domestic league. In the 2016 Spring Split, Samsung failed to even qualify for the playoffs. At the time, CoreJJ was the team’s ADC and Kwon “Wraith” Ji-min was the support. In the offseason between splits, CoreJJ moved to the bench in favor of Ruler. This change made all the difference, as Ruler’s team fighting ability and mechanics far surpassed CoreJJ’s, and the team had new strategies going into the Summer Split. Fast forward, and Samsung finished in fourth place in the regular season and playoffs after dropping 3-0 to KT Rolster. Samsung struggled all split to find any solid results against the powerhouses of the ROX Tigers, SK Telecom T1 and KT Rolster, and something had to change.

In the regional finals, Samsung lost the first game of their best-of-five series to the Afreeca Freecs in the second round. After dominating anyone not named ROX, SKT or KT all split, things started to look scary for Samsung. Then, CoreJJ subbed in at support and changed the team’s identity. CoreJJ was a playmaker, dominant in and out of lane. Samsung beat Afreeca 3-1 and took down KT Rolster 3-2 in the finals to advance to Worlds.

In the so-called “Group of Death,” Samsung never lost control. Every game was pure dominance, save a week one beating from North America’s No. 1 seed in Team SoloMid. Samsung looked calm, cool and composed, winning both micro and macro play against every team. Really, besides the loss against TSM in which Wraith played support and CoreJJ sat out, Samsung dominated what was supposed to be the most competitive group in the tournament. An argument could easily be made that this team currently looks like the best in the world.

Where does the power come from? Ambition and Crown. Ambition has looked like the MVP of the tournament, and good lord, do not let Crown play Viktor or you will lose. The only major mistake Ambition has made was in the team’s loss to TSM, when he invaded the top side of the map early on in the game and was clearly out of his depth. Søren “Bjergsen” Bjerg secured a double kill off of the play, and TSM snowballed for the win. Crown has been practically immaculate, except for that loss against TSM. Viktor and Ryze appear to be Crown’s go-to champions, and for good reason. So far at Worlds, on the two champions, Crown has an average 5.6/1/5.8 KDA. Crown was allowed to play these champions in five games, while he played Varus against TSM and went 0/5/0 in the loss.

Realistically, Samsung should have no problem in this series. Nicolaj “Jensen” Jensen has looked lackluster for Cloud9 this tournament and will likely lose to Crown. If Crown gets ahead, it’s very hard to stop this team. If Samsung plays like they did in the group stage, this series is theirs to lose.

Cloud9 epitomizes North America; these guys just don’t give up.

As the No. 3 seed, not much was expected of C9. It was almost unanimously agreed that they were stronger than Counter Logic Gaming, NA’s No. 2 seed, but the point system left them fighting in the regional finals to get the third spot. Still, being put in Pool 3 for the group draw was dangerous. Before we dive into that, let’s take a quick look at C9’s year.

In the Spring Split of the North American League Championship Series, C9 entered the playoffs as the No. 3 seed with a 12-6 record. At the time, C9 had a completely different roster. An “Balls” Le filled the top lane, while Lee “Rush” Yoon-jae occupied the team’s jungle. At support, Michael “Bunny FuFuu” Kurylo and “Hai” Du Lam shared the position for two weeks, until Hai was given the spot outright because of his shotcalling prowess. The team was good, but a resurgent sixth-seeded TSM knocked C9 out of the playoffs in the quarterfinals 3-1. C9 ended the split disappointed, and roster changes were in order.

Impact joined the roster from a struggling NRG eSports, as the former world champion was ready to be on a competing squad once again. Meteos, after taking an approximately yearlong break from competitive play to stream and rest his mind, was ready to come back to the jungle. Smoothie came from Team Dragon Knights to split time with Bunny FuFuu at support, while Hai moved down to play with C9’s Challenger team. Reapered was brought in from EDward Gaming’s coaching staff to lead the new roster.

The team was strong, ending the split 12-6 with the No. 3 seed going into the playoffs. It was the same result as the Spring Split, but everyone in the league knew that something was different. In fact, many players even predicted C9 to win the playoffs. It was not to be, as C9 dropped 3-1 to TSM in the finals and were forced into the regional finals. Once there, however, an easy 3-0 over Team EnVyUs and clean 3-1 over Immortals secured C9’s spot at Worlds. Thought of as the best Pool 3 team, and even better than most Pool 2 teams, C9 was expected to have a strong showing.

Week one was a mess, as C9 struggled almost across the board. After being absolutely demolished by SK Telecom T1, C9 won a 70-minute clown fiesta against the Flash Wolves and seemed to get it together in a win over I May.

Week two showed us that C9 did not get it together. This time, the game against SKT was very deceptively a stomp. The game seemed close, but SKT had control basically the entire time. Against the Flash Wolves, C9 was destroyed. In a nailbiter against I May, the team finally got a win in the second week of play and squeezed into the quarterfinals by the skin of their teeth. It was not pretty, and it was not clean, but they made it.

If C9 wants to have a chance against Samsung, this roster really needs to step it up. First, Jensen needs to get his mojo back and start playing like a star again. He is considered one of the best mid laners in the world, but he certainly isn’t showing it right now. Impact has seen a bit of a drop in form as well, but has still been solid for the most part. Meteos has been on and off, but let’s just say he probably shouldn’t be playing Lee Sin. Sneaky has been extremely consistent, but poor positioning has sometimes cost his team skirmishes. Smoothie has looked shaky, and lacks any vision control on the map.

C9, as a whole, needs to shore up their vision problems, as they are constantly unaware of their surroundings. I could go on and on about what C9 needs to fix, but none of it is definitive. There is no guarantee that if they fix what I say needs fixing, they’ll win. That’s why I’m writing and they’re playing.

Still, this squad needs to do some work if they want to even have a chance at upsetting Samsung.