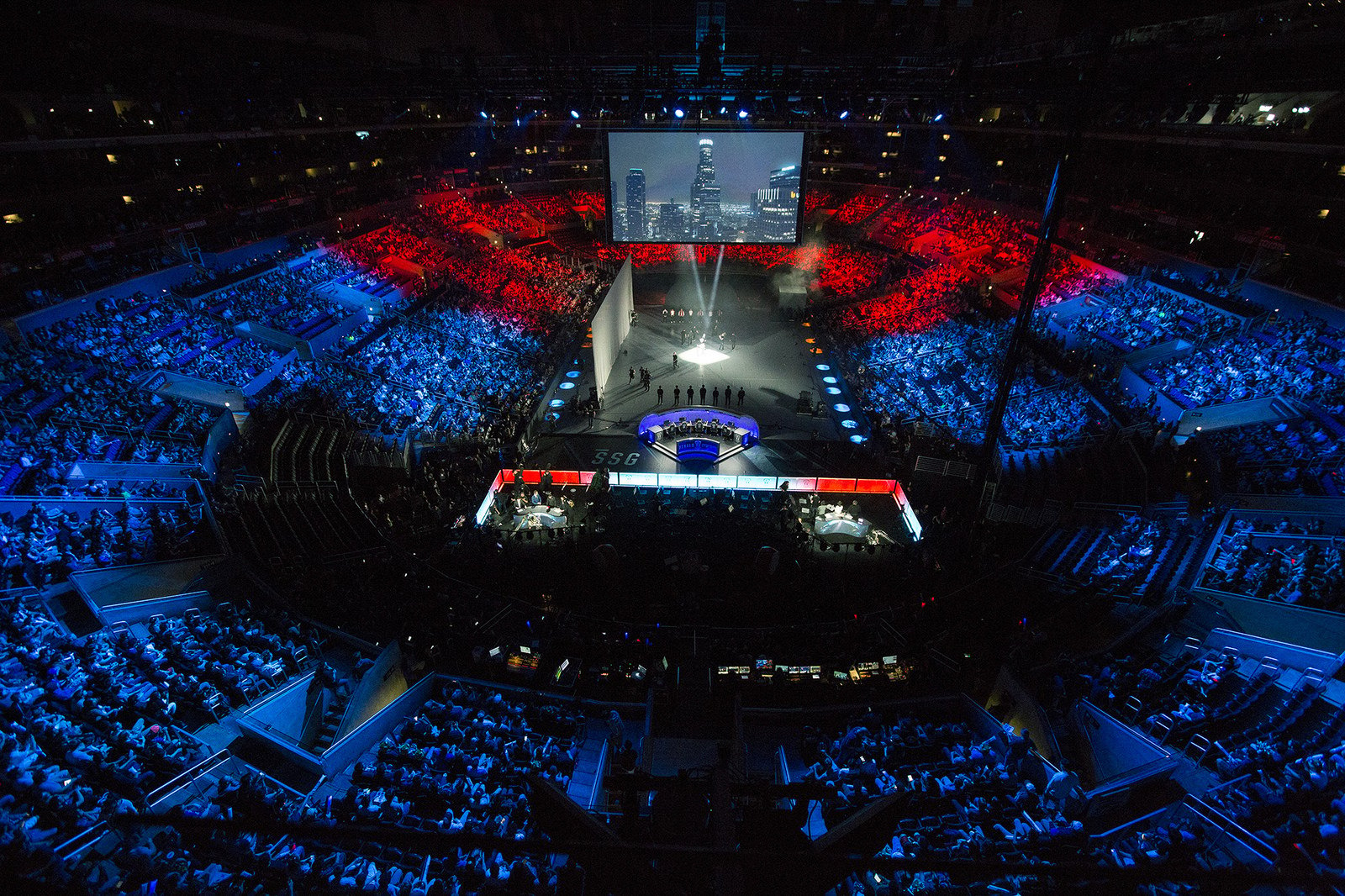 Despite a nearly undefeated run through the 2016 NA LCS Summer Split, TSM faced some doubts heading into Worlds. Most pundits expected them to make it out of Group D.

But with tough competition including Royal Never Give Up and the surprise Korean qualifier Samsung Galaxy, the group was labeled the “Group of Death.” It turned out even harder than expected. Royal peaked at the right moment and Samsung proved to be one of the best teams in the tournament, ending up in the Finals against SKT.

This year, there are no excuses.

Needing some luck this year, TSM got it with a favorable result in the 2017 Worlds Group Draw. They’re still in Group D, but this time, there’s no LCK or LPL team—at least not yet. Instead, the group is highlighted by first seed Flash Wolves of the LMS and also includes Misfits from the EU LCS. Of course, we don’t know who the last team is—Team WE in particular lurks.

But with the lineup that we do know, everything seems set for TSM to dominate the group. Of course, another failure would also hurt that much worse. Let’s take a look at the group and speculate how each team should turn out.

Flash Wolves already broke though. Can they make it a two?

Flash Wolves are the first seed, and though they’ve had more international success this year than at any time in their history. But this is still a team that regularly disappoints outside its region. Jungler Hung “Karsa” Hua-hsuan shook off an early-split suspension to again dominate the LMS, and he’ll be a problem for any team.

The usual story with Flash Wolves is that their side lanes let them down. But this year’s ADC, Lu “Betty” Yu-Hung, has taken things to a new level. He’s stronger in lane and better in fights. But the true test will come if he can stand up to international competition, especially TSM ADC Yiliang “Doublelift” Peng.

If Betty proves to be a stronger laner than Hsiung “NL” Wen-An, Flash Wolves have a chance. NL laid an egg at last season’s Worlds—he was one of the worst laners at his position. He needs to do better because Yu “MMD” Li-Hong is not going to be useful early. It’s just too hard to win at this level with two losing lanes. But give Karsa and Huang “Maple” Yi-tang another winning one? Well, it is the year of the Flash Wolves. They’ve already won once.

TSM are out of excuses

TSM’s poor performances at international events have become quite the meme. Never mind they’re the one North American team to have won something—IEM a few years ago. But the memes may have finally paid off. TSM’s horrible performance at MSI this year meant that no NA team got a first seed—instead those spots went to the LCK, LMS, LPL, and EU regions. But TSM still somehow lucked out with a great group.

It’s not just that they may not see a Korean or Chinese team. TSM have distinct strategic advantages against every team in the group. Take Doublelift’s bot lane for instance. Last year, Doublelift struggled against Royal’s Jian “Uzi” Zi-hao and Cho “Mata” Se-heong. This year, nobody in his group has that pedigree. Betty is better, but he’s no Uzi. Misfits’ barely acknowledge their bot lane’s existence in the lane phase.

Even the patch looks bright. Jungler Dennis “Svenskeren” Johnsen’s Lee Sin just got buffed. When Svenskeren was at his nadir in the middle of the split, he could still count on his trusty Lee. With Hauntzer at home on a diet of tanks and bruisers and nobody good enough in the group to challenge him, TSM could be tempted to look forward to the group stage.

But they shouldn’t. Experience has shown, just concentrate on what’s directly ahead. Do that, and TSM should be the first seed.

Can Misfits make something happen?

The wildcard is the EU team, Misfits. Misfits surprised many by making it to the EU LCS summer finals, guaranteeing their spot at Worlds. The way they got there wasn’t totally convincing. They beat a fatally flawed Unicorns of Love team in the quarterfinals, and then took advantage of Fnatic throws in the semifinals. Fnatic are playoff regulars, but are starting several new players. Veteran teams that have played together like TSM and Flash Wolves should not succumb in the same way.

When Misfits got to the EU finals, it looked for brief moments like they had a chance against G2. Mid laner Tristan “PowerOfEvil” Schrage is really good. But crucial mid game throws gave G2 all they needed to sweep the series.

Some will think of Misfits as this year’s Splyce—a team that’s happy to be at Worlds and takes it as a learning experience. Nothing could be further from the truth. This year’s Misfits team is miles ahead of Splyce in how they approach the game, starting from the draft phase. POE in particular has waited long enough for his chance. They are ready now.

Misfits should provide a strong challenge, but look for TSM and FlashWolves to duel for the first seed. TSM’s solid early game and superior late game macro should be a deciding factor.

Or, TSM crashes and burns and again and everyone flames NA. You never know with TSM in the mix.