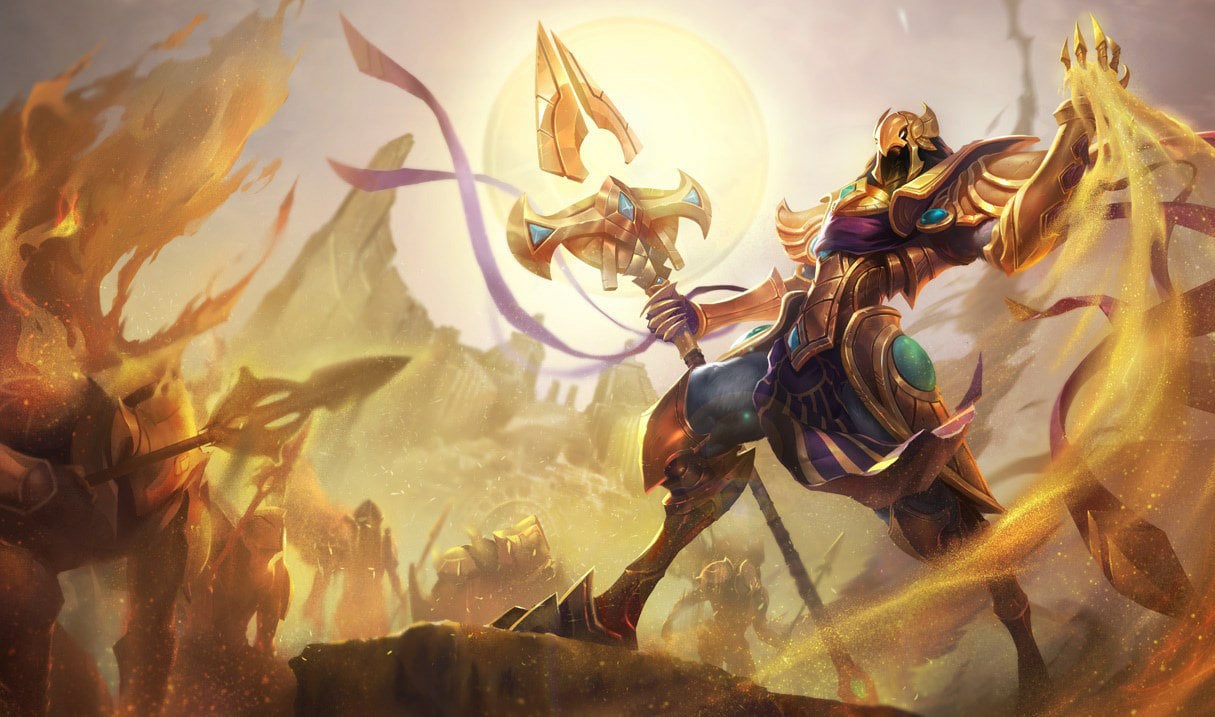 A League of Legends champion that has dominated the mid lane meta for years, becoming even more popular with recent changes to durability, is this year’s recipient of a skin commemorating the World Championship.

An update to the PBE has revealed that Azir will be receiving a Worlds 2022 skin, likely to be released alongside Patch 12.18. Riot has not officially revealed this skin via social media platforms as it has done with previous skin additions, also not yet acknowledging the Fright Night skins and addition of Ashen Knight Sylas to the PBE.

In a video posted by Skin Spotlights on YouTube, Worlds 2022 Azir can be seen in the form of a mechanized version of his normal self, complete with more robotic tones in his voice. The account noted on Twitter that the many Chromas for this skin are listed as being available through “event loot,” insinuating that a Worlds event announcement is imminent.

The insignia for League esports appears above the heads of the sand soldiers that Azir summons, as well as on the shields of the soldiers in his ults. Azir also has various colored ribbons stemming from his body, each with various symbols and numbers representing League esports at the end of them.

As this skin is currently in testing on the PBE. It may be tweaked before its official release on the live servers. Riot has not yet given a date as to when players will be able to purchase this skin in League, though the timing of its appearance on the PBE makes it seem that it will release in Patch 12.18 alongside the Fright Night skins.