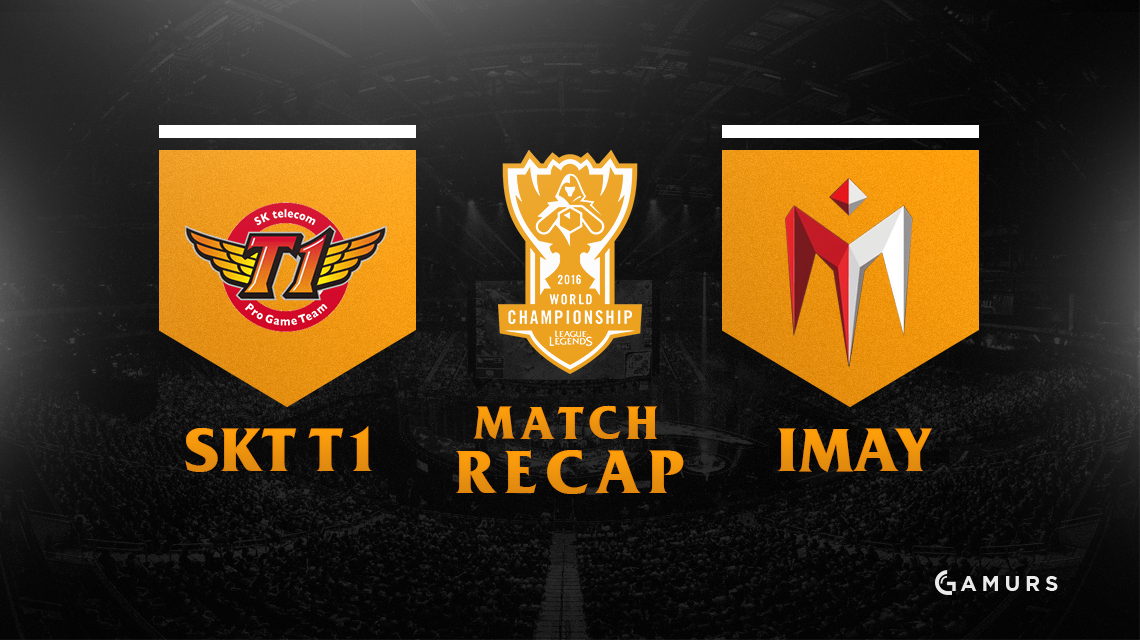 A recap of the Group Stage match between SK Telecom T1 (LCK) and I May (LPL).

SKT T1 Picks; I May Picks

SKT found the first kill in a mid-lane 3v3 skirmish after Kang “Athena” Ha-woon was caught with no summoner spells. Kang “Blank” Sun-gu was the early kill leader for SKT, who found the team’s and the game’s first two kills. This was backed up by Lee “Faker” Sang-hyeok, who got his first kill at a fight for the drake that saw neither team secure the Infernal Dragon. At 12 minutes in, I May began the Dragon but soon gave up on it as SKT collapsed around the I May duo lane, handing the dragon to SKT after doing all the hard work.

The mid-game kicked off with a team fight mid that saw I May win the fight 3-1, their only loss being their support. Despite this, SKT still held onto the gold lead by about four thousand. Despite I May having more kills (eight to SKT’s six), the LCK representatives still held onto the gold lead well into the mid-game, having taken all three dragons and the game’s only turrets (3) at 28 minutes.

At 40 minutes, a fight for the Elder Dragon broke out and SKT won the smite fight, which was huge for their game as they already had four dragons. After winning the smite, they then turned onto I May who put up a decent fight, but SKT turned it. After dropping four I May members, SKT turned to the Baron and grabbed that without contention. It took one more push down the bottom lane for SKT to end the game and secure yet another win.