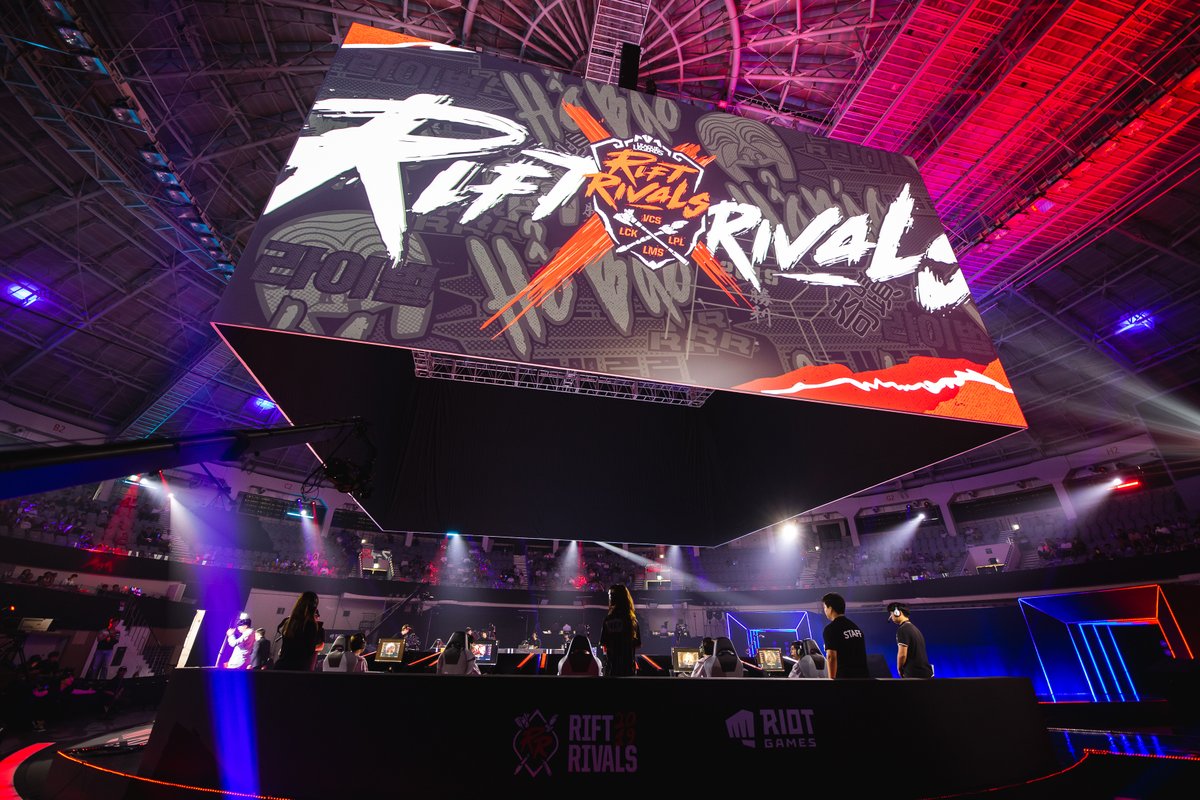 On May 18, reigning world champions Invictus Gaming were knocked out of the 2019 Mid-Season Invitational by Team Liquid, the NA hopefuls who clawed their way into the top four. SK Telecom T1, the Korean giants, were also dismissed by the creative G2 Esports from Europe, whose quirky strategies have revolutionized the way we play League.

Instead of the Korea vs. China final we’ve grown used to, MSI 2019 featured a battle of the West to decide the strongest team in the first half of the season.

It didn’t matter that Invictus went 9-1 in the group stage, only dropping a game to their longtime Korean rivals. SKT going 7-3 didn’t stop them from being upset by G2. No one will remember that. Instead, fans will remember the Europe vs. NA final and the slaying of giants.

But there was one question over both China and Korea’s MSI campaigns—what if another team went and represented the region? That question will come up again in the final of Rift Rivals Asia. After the LCK and LPL representatives handily dispatched of their LMS and VCS counterparts, the two heavyweight regions of League will face off once again in a thrilling best-of-five series.

It won’t just be the old guard of SKT and Invictus hoisting their region’s flag proudly on the Rift. Some of the game’s prodigal superstars of the future will be featured in this matchup. No matter what region takes home the title, the Rift Rivals Asia finals will be a look into the future of each region and what the West will really have to contest with at Worlds.

Korea and China’s best talent isn’t in their historical powerhouses. KT Rolster, Afreeca, Royal Never Give Up, and EDward Gaming aren’t the leaders of the pack. Instead, Griffin, Damwon, Top Esports, and FunPlus Phoenix have taken their place.

With teams stacked with prodigal talent, like Top’s Zhuo “Knight9” Ding or Griffin’s Jeong “Chovy” Ji-hoon, the new guard of Asian League is looking more fearsome than the past. Gone are the days of methodical League. The fast-paced action of the modern game has led to the rise of new strategies and fresh hands to play them.

Domestically, these newer teams have seen more success than their veteran opponents. Griffin burst onto the scene with a royal road for the ages, only stopped short in the 2018 LCK Summer final. FunPlus Phoenix ended the regular season of the 2019 LPL Spring Split in first, only dropping series to RNG and Top.

But they have a long way to come on the international stage. Most of these rosters haven’t had the chance to play outside of their region, and for many of them, this Rift Rivals is their first true international tournament. When the pressure turns up, the young bloods can’t crumble. Win or lose, if these new teams can put up a good showing in this final, teams from around the globe will fear them at Worlds.

Giants and their slayers

But the giants still remain. SKT have stood the test of time with Lee “Faker” Sang-hyeok still showing flashes of his all-time great form throughout consistent performances. Invictus Gaming have shown early in Rift Rivals that they can still be the formidable force that won Worlds.

Even Kingzone are kicking along. After a slow start to the 2019 Spring Split, a fast finish saw them fall just short of the LCK Spring final. While Kingzone’s summer season has been mediocre by their standards, their experienced roster featuring Kim “Deft” Hyuk-kyu is still as strong as ever. Yoo “Naehyun” Nae-hyun has proven to be a more than apt replacement for Heo “PawN” Won-seok, and Kingzone are building to become even better.

Across the peninsula, Invictus Gaming have become the powerhouse of the East over the last 12 months. Headlined by Koreans Kang “TheShy” Seung-lok and Song “Rookie” Eui-jin, the primarily Chinese squad took home the World Championship in Seoul just nine months ago.

But at Rift Rivals, Yu “JackeyLove” Wen-Bo has stood out. The 18-year-old AD carry has put his idols to shame in the LPL, destroying players like Jian “Uzi” Zi-Hao and Gu “imp” Seung-bin. His Kai’Sa is unrivaled across the world and he’s now a cornerstone of Invictus Gaming’s success.

Through all the changes, the rivalry between China and Korea is unrivaled in League esports. As much as the Europe vs. NA smack-talk resonates on Twitter, nothing beats an old school Korea vs. China matchup. It’s always a spectacle when these two regions, who have been at the top of international League since the beginning, clash at any event.

It becomes even better when you put the younger generation against the old guard. You see the same eagerness to beat the other on the Rift, even more so when the pride of Asia is on the line. China’s young guns will want to take home a third Rift Rivals title home for the LPL, while Korea is desperate for that final trophy to fill the stacked cabinet at LoL Park.

Both regions are packed with talent, and the new generation is just shining through now. With both old and new playstyles colliding at Rift Rivals, we’ll get our first glimpse of how they’ll stack up in the years to come.

So, what if one of the young bloods made it to MSI? Would we have seen a different result if Chovy or Knight had their chance to shine? We’ll never know, but we can always look toward the future of both of these regions as they try to recement their place at the top.