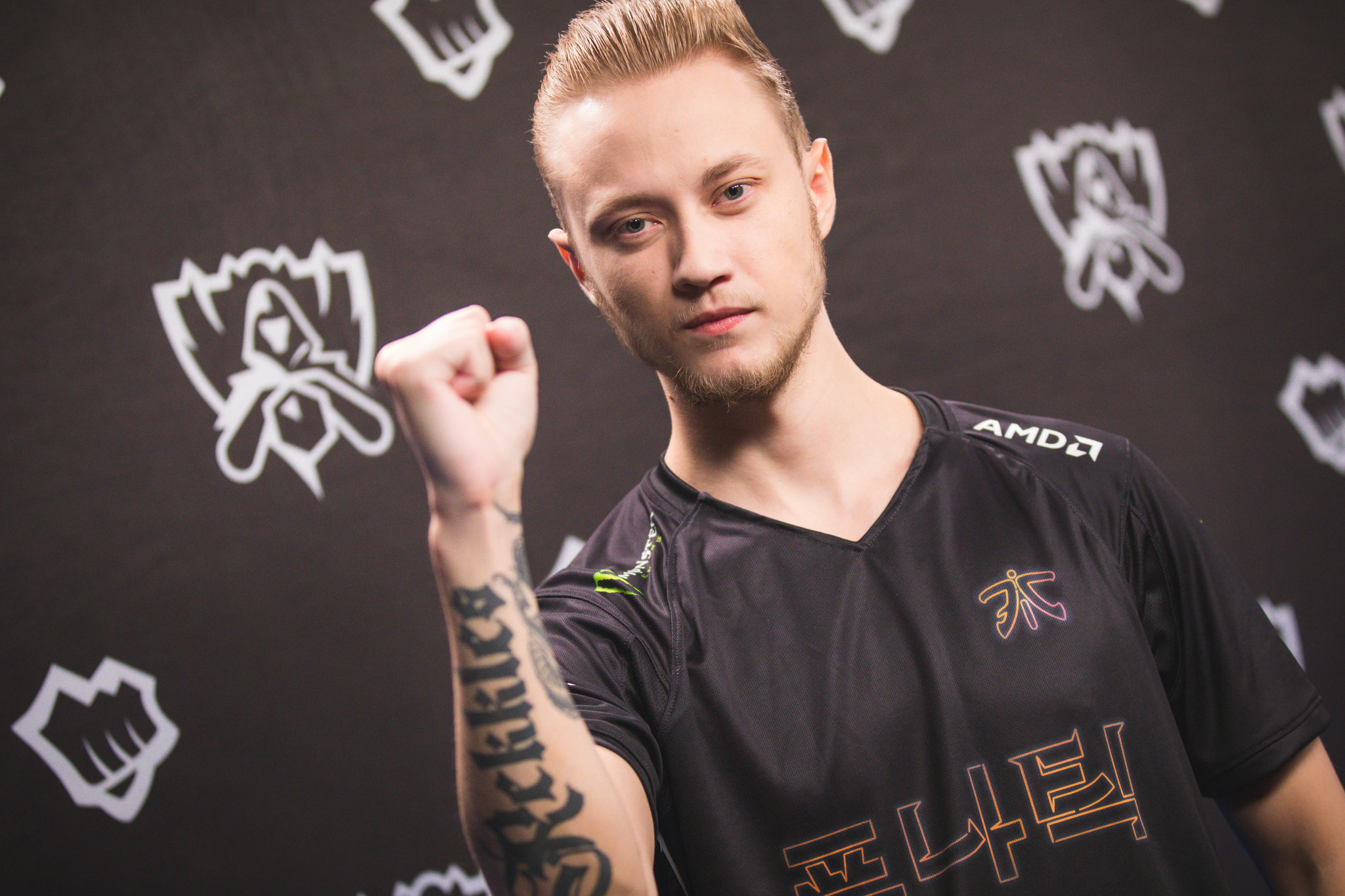 Fans of the EU and NA LCS love to debate which region is the better of the two. It’s been a friendly rivalry for years, stemming from the fact that both LCS regions have been so much worse than the LCK and LPL for the majority of competitive League of Legends history.

Aside from an odd CLG squad being runners-up at MSI and an Origen making semifinals at Worlds, these regions have been more or less within spitting distance of one another. This year, however, the debate has officially ended. As tough as this pill is to swallow for NA’s fans, the EU LCS is objectively the better overall region, and they’ve proven it all year long.

This year, the EU LCS competed on a level that the NA LCS just couldn’t manage to reach. Through all of the wild meta changes starting at the very beginning of the 2018 season and ending with the rapid-fire bot lane changes in the fallout of Riot’s several mid-season patches, Europe had a much better grasp on the situation.

Rather than looking to Korea and China’s best teams to mimic them, which is a strategy both Europe and North America have employed for years, the EU LCS found strong champions and strategies that worked for them rather than bending their own strengths to work for the meta. This Renaissance, if you will, of EU’s gameplay, resulted in several long-term strategies that the region’s best teams held onto even after they weren’t considered OP anymore. These include G2’s gold funnel strategy and bot lane Heimerdinger, Fnatic keeping Gabriël “Bwipo” Rau as a third carry option, and pretty much every backwards thing Vitality does in any given game.

At international events, these strategies have been put to the test, and they’ve stood strong. Vitality used their heavy aggression and constant forced fights to take down tournament favorites RNG, G2 Esports’ rise to the quarterfinals was partly due to the bot lane Heimerdinger, and Fnatic flopped back and forth between Bwipo and Paul “sOAZ” Boyer several times to make the knockout stage decisively. The only team from North America that have successfully developed their own strategies independent of the eastern meta is Cloud9, and that’s why they’re the only NA team moving on.

Otherwise, however, NA simply adapted to the international meta, and as soon as that meta shifted, they completely abandoned whatever strategy they had learned to try to keep up with copying Korea. Just look at each region’s fundamental mechanics, like vision control, playing around Baron, macro play, and more, in which Europe reigns supreme. In that regard, Europe’s middle-tier teams are better than or equal to North America’s best.

EU is actually greater than NA, and it has been all year. That’s why EU teams advanced to knockouts at MSI over NA, it’s why EU completely dismantled NA at Rift Rivals, and it’s why two EU teams crushed their groups at this Worlds to qualify for quarterfinals. Even Cloud9, NA’s only team advancing yet again, was almost beaten out by Vitality, EU’s third team in attendance. If that had happened, there would have been three EU teams in the knockout stage and none from NA.

The only answer for North America at this point is to finally, for once, develop and curate their own styles of play instead of obsessing over keeping up with Korea and China. Then, when they can do what Europe did and force the eastern teams to develop answers to those new strategies, North America may finally be able to rejoin the conversation for best region in the west.