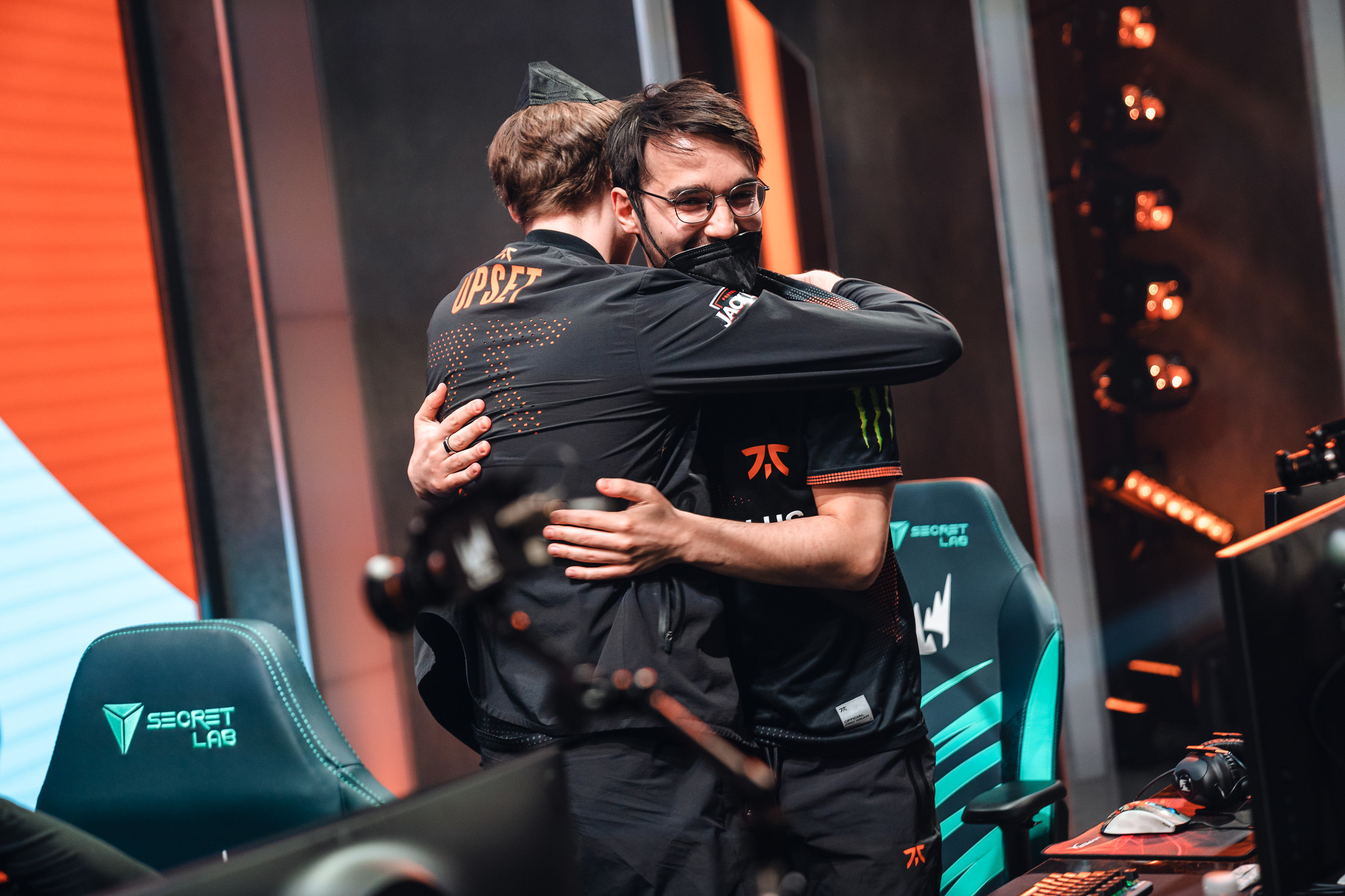 Fnatic refused to roll over and die with their season on the line. In a must-win game against Misfits to cap off the LEC regular season, Fnatic played some of the best League of Legends they’ve played all year, taking down Misfits in a 36-minute thriller and securing their spot in the LEC postseason.

For Fnatic, today’s game was a true “win-or-go-home” scenario, as their win locks them into the LEC playoffs, while a loss would have sent them packing. Had Fnatic lost this game, they would have missed the LEC playoffs for the first time in franchise history. Fnatic has reached the playoffs in 20 consecutive EU LCS/LEC splits.

Today’s game remained relatively even, with Misfits and Fnatic trading gold leads throughout the early and mid-game. Twenty-six minutes into the contest, though, Fnatic made a bold call to sneak a Baron while Misfits had no wards in the area. From that point forward, the pace of the game went firmly in favor of Fnatic, who used the Baron buff to take an inhibitor in Misfits’ base while swinging the gold advantage back into their favor.

In the late game, it was Fnatic AD carry Upset who once again took the game into his own hands, just as he has all weekend for his team. Upset secured five kills in the last five minutes of the contest. Over his last two games, both of which were played on Zeri, Upset posted a combined scoreline of 23/1/7, good enough for a KDA of 30.0.

What’s more, these two teams aren’t done with each other today. Because Fnatic and Misfits finished with records of 10-8 this summer while splitting their head-to-head against each other, a tiebreaker game between the two teams will be played later today to determine who gets the fourth seed in the playoffs and who gets the fifth. Keep in mind that the top four teams in the LEC start their playoff run in the upper bracket, while the fifth and sixth seeds begin in the lower bracket.

Last season, Fnatic finished fifth in the Summer Split, but pushed their way through the lower bracket, eventually claiming Europe’s second seed at the World Championship.