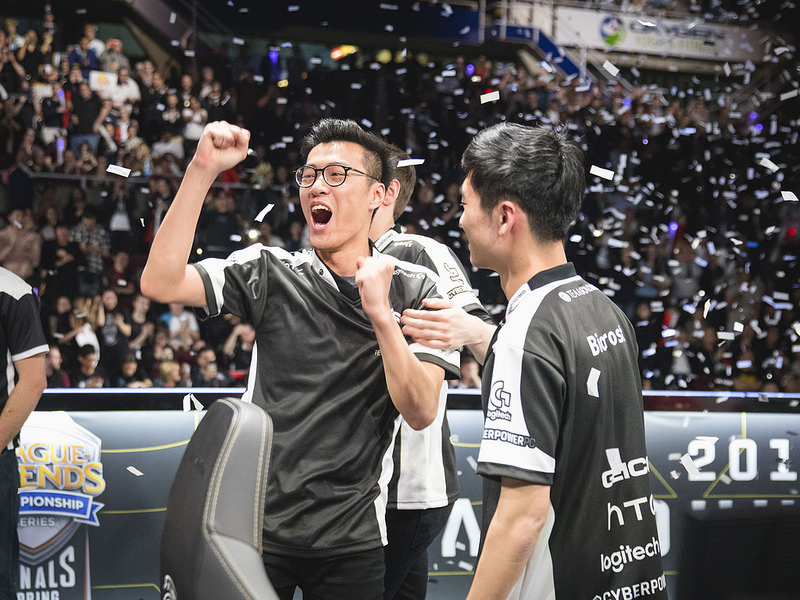 This summer, TSM will attempt one of its riskiest roster moves yet.

After their most recent NA LCS crown, TSM announced the return of Yiliang “Doublelift” Peng on April 28. Away from the team for just over six months, Doublelift used this time to explore other ventures, including a life in streaming as well as playing on loan for Team Liquid. But Doublelift remained resolute with his initial proclamation to return, and once the Spring Split came to a close, he rejoined TSM.

There was now a slight complication, however. TSM already had an AD carry.

TSM replaced DoubleLift with Jason “WildTurtle” Tran, who Ironically became the replacement for his replacement. And although Doublelift is widely considered to be one of if—not the—best AD carry in the league, TSM just won an NA LCS title with WildTurtle.

This situation gave TSM two options. The first: Pull a 2015 Fnatic or 2016 G2, and drop their current AD carry despite the LCS title they just won. The second, which TSM ultimately chose: Keep both WildTurtle and Doublelift, opting into a six-man roster.

Arguably the most famous example of a six-man roster in League of Legends was SK Telecom T1 in 2015.

With both Lee “Faker” Sang-hyeok and Lee “Easyhoon” Ji-hoon on the active roster, SKT created one of the deadliest mid lanes in League of Legends history.

The Korean mid duo split their champion pools, with a focus on the picks in meta at the time. If SKT wanted to form a composition around their top or bottom lane, Easyhoon would be called to play a scaling caster like Cassiopeia or Lulu, champions which could still impact the game without a lead.

But if SKT instead chose to build a composition around their mid laner, Faker would make his way into the game. Put on mobile champions like Ezreal or Leblanc, Faker would be given the tools necessary to carry the entire game himself. Instead of being pigeonholed to a specific playstyle, SKT became a versatile team, able to adapt to the ever-changing League of Legends meta.

Following the success of this SKT roster, teams around the world started to implement their own six-man rosters—and to great success.

The ROX Tigers, EDward Gaming, and AHQ e-Sports , all top teams in their respective regions used, a six-man roster with a revolving mid laner. And although they didn’t win the 2016 world championship like SKT, all three of these teams found domestic success.

Like those teams, TSM hopes to find a similar level of versatility and depth of strategy. Ideally, TSM will have WildTurtle focus on crit based AD carries while Doublelift practices AD carries centered around the Blade of the Ruined King or lethality.

Depending on the strategy the team wanted to employ, TSM would rotate Doublelift and WildTurtle between games or series. In a perfect world, this six-man strategy would be excellent.

We don’t live in a perfect world.

Unlike the mid or top lane, the AD carry role is static. Since all AD carries have the primary goal to output as much DPS as possible, there’s parity between the role’s different champions. This parity come in the form of similar itemization, early laning, and movement during teamfights.

This is problematic for the TSM AD carries. If, say, Doublelift is better than WildTurtle at meta champion A, there’s a pretty big chance he’s also better at meta champion B. And if that’s the case, there would be no reason not to run Doublelift every game.

In the instances where other teams also tried the two AD carry strategy, the same problem arose. Team’s like Royal Never Give Up and, more recently Samsung Galaxy, haven’t been able to use their two AD carries. In Samsung’s case, instead of alternating AD carries, they chose to make Park “Ruler” Jae-hyuk the starter, putting in Lee “Stitch” Seung-ju only on rare occasions. To add context, last split Stitch played a total of nine games in comparison to Ruler’s 36. If either AD carry noticeably outperforms the other, there would be no reason for TSM not to use Samsung’s strategy.

Only room for one?

Like Samsung, TSM’s AD carries run the risk of being stuck on the bench, barely playing on stage.

That means the talents of either Doublelift and WildTurtle, who are two of the better AD carries in North America, would be wasted on the bench. And being the competitive players they are, we can pretty much assume that neither want to ride the bench, even if it means another championship title.

If that happens, it wouldn’t be surprising to see another team in the league pay a lot of money to try to acquire one of TSM’s AD carries, especially seeing as they’re both NA natives. Having another certified NA resident in the roster would allow teams to import another player from Korea, something the NA LCS loves to do.

But this is all speculation. Come summer the world will truly know if TSM’s six-man roster will be a dream or disaster.