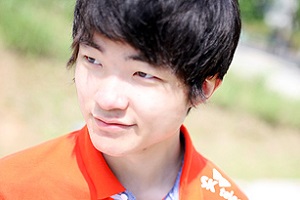 The Rise of Faker

Unarguably the best League of Legends player in history, Lee “Faker” Sang-hyeok’s play is a spectacle to behold. With excellent command of every champion he touches and terrifying mechanical ability, Faker is not your average League of Legends player. As you would expect from the world’s best, Faker started off playing video games from a young age.

As a child, Faker didn’t initially play computer games. He did however, often head down to the arcade near where he lived in Gangseo, Seoul with his friends. Supposedly, he wasn’t too good at the games he played such as Tekken or King of Fighters. Then again, Faker doesn’t claim he’s “a god” at League of Legends, and we all know how much truth is in that statement.

Later on, he did end up becoming a PC-gamer, playing games such as Maplestory, and Warcraft 3. Interestingly enough, quite a few of the world’s top professional LoL players have a background in Warcraft 3, the game which spawned the original DotA. When playing WC3, Faker spent quite a bit of time in custom maps – most notably a map called Chaos, an early MOBA game similar to LoL. Faker claims that he was “extremely good” at Chaos, and seeing his success as a professional League of Legends player he likely wasn’t wrong.

Faker began to play League of Legends in December 2011 “by mere coincidence”, as he has said to have found the game while browsing the web. Playing on the Korean server under the alias “GoJeonPa”, Faker quickly gained notoriety. Many players speculated about just who the player who had managed to reach #1 on the ranked ladder was, with suggestions ranging from GoJeonPa being a smurf to being a foreign pro on the Korean server.

“Honestly, I didn’t really know I was that good…” – Faker

In late 2012, Faker received contact from Korean eSports organization SK Telecom T1 regarding potentially picking him up. After some thought, Faker decided to become a professional gamer. Luckily enough, his parents were completely on board with his decision to follow his dreams. Faker showed promise, but who would have predicted that within months, he would be recognized as the best League of Legends player in the world.

A New Team of New Faces

Soon after being recruited, a new team was born for SK Telecom T1. SKT T1 #2 (later to become SKT T1 K) featured both new, upcoming talent along with some more seasoned veterans. The starting lineup was the one that would go on to later win the Season 3 World Championship, consisting of: SKT T1 #2 made their debut in OGN Champions Spring 2013, placed into a very tough Group A with the likes of CJ Entus Blaze, NaJin Sword and MVP Ozone. Considering that 60% of their roster consisted of unknown players, few figured that SKT would do well in their first OGN season. Shockingly, SKT managed to win their Group, even taking down the favorites, CJ Entus Blaze, 2-0.

During this strong run, Faker became recognized as an elite-level player, most notably on Leblanc against MVP Blue, where he had a score of 10-0-1 eighteen minutes into the game, forcing a twenty-minute surrender. With an aggressive early game and strong lanes across the board, SKT were destined to go far.

Going into the next OGN season, many had high expectations for SKT, and they managed to deliver. They easily won their group, taking out NaJin White Shield, MVP Blue and Incredible Miracle 2. Moving on to the playoff stage, easily they took out the Jin Air Falcons 3-0. In the semifinals, they took down the MVP Ozone team that had beat them last season by the same score: 3-1. Finally, they moved on to the Grand Finals, where they took on the only team in the world to be a true threat to SKT’s dominance: KT Rolster Bullets. KT B were famous as an incredible strategic team, often not getting too many kills and simply outrotating their opponents to victory. The series was close, coming down to a fifth game, where both mid laners famously played Zed.

SKT managed to take down the Bullets, winning their first OGN title.

After winning their OGN title, SKT qualified for the 2013 Korean Regionals, to decide who would take the third seed for Korea at the Season 3 World Championship. To get to the S3 WC, SKT would need to compete with both CJ Entus Frost and Blaze, along with OGN Champions Summer 2013 finalist, KT Rolster Bullets. Due to having the highest circuit points out of the teams at the Regionals, they were seeded directly into the final. In the final, they took down KT Rolster B by a score of 3-1, this time without the need for insane outplays.

Finally, SKT headed to the biggest event in League of Legends – the World Championship. Placed into a group with NA’s Team Solomid, Wildcard GamingGear.eu, EU’s Lemondogs, and China’s OMG, SKT showed little weakness. Only dropping one game in the group stage to OMG (who they went 1-1 with overall), SKT breezed past everyone else they played.

In the quarterfinals, SKT faced SEA’s #1 seed, the Gamania Bears. Unfortunately for the Taiwanese squad, the 0-2 set vs Faker’s crew was the only match they got to play the Season 3 World Championship. Moving on to the semifinals, SKT had to face the team who was arguably the second best at the tournament – Korea’s NaJin Black Sword. They took SKT to a fifth game, making it the closest series anyone played vs SKT during the World Championship that year.

Finally, at the Staples Center in Los Angeles, SK Telecom T1 #2 took on China’s Royal Club. Featuring legendary AD Carry Jian “Uzi” Zi-Hao, many figured that the series could be quite close. Unfortunately for Chinese fans, SKT absolutely rolled over Royal Club. Piglet was able to hold up more than enough to prevent Uzi from tearing his team apart, while Faker managed to completely negate any of the strong laning that was shown by Royal’s mid laner Pun Wai “Wh1t3zZ” Lo  throughout the rest of the tournament. The series was a decisive 3-0 for SKT, marking the first sweep in a World Championship Grand Final.

Finally, Faker had won the biggest tournament in League of Legends. He had dominantly taken down everyone in his path in order to become a world champion. The 17-year old boy from Seoul, who had just started playing the game less than two years ago had proven that he was indeed, the best player in the world.