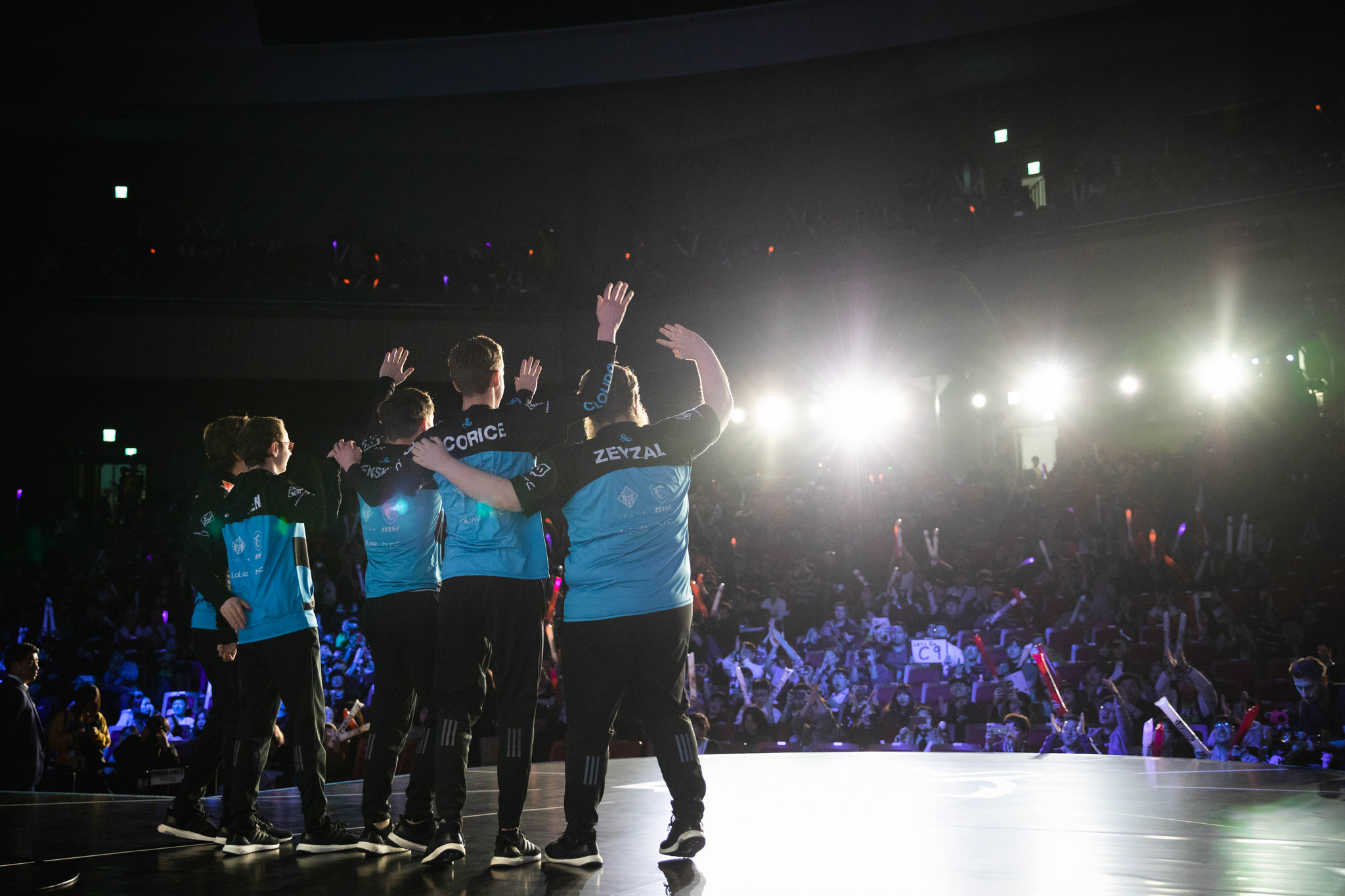 The group stage of the 2018 League of Legends World Championship reached its epic conclusion today with a tiebreaker match between Fnatic and Invictus Gaming. And right after Fnatic took the win and walked out of the group as the first seed, Riot commenced the knockout bracket draw.

There are some incredible match-ups scheduled for the very first round of the playoffs. The most shocking part of the draw, however, is the sheer, dumb luck that the western regions found. Both tournament favorites, RNG and KT Rolster, were placed on the same side of the bracket, and Fnatic and Cloud9 were placed on the opposite side. In other words, both LCS regions struck gold. Well, except for G2 Esports, who will have to face RNG in the quarterfinals.

Here is the complete draw and schedule for the knockout stage.

Afreeca Freecs are probably still favorites heading into their match-up against Cloud9, but showed some very real weaknesses in the group stage against G2 Esports. They don’t know how to handle strange picks or hyper-aggressive diving in the early game, and unfortunately for them, that’s all Cloud9 offers. At Afreeca’s best, they can probably beat C9, but there’s a good chance C9 could be their kryptonite, too. And if they beat Afreeca, there’s a very real possibility we’d see two western teams in the semifinals, because Fnatic are the favorites against EDG.

Fnatic proved in their group that they’re one of the best teams at the tournament. The only thing that held them out of the top five was Invictus, and when Fnatic trumped Invictus in a tiebreaker for first place in their group, they proved to be the better team. That being said, EDG is going to have the fight of their lives to make it past the EU LCS reps to the semifinals. If Cloud9 and FNC both make semis, that means at least one of them are guaranteed to make finals. Let that sink in for a moment.

On the other side of the bracket, RNG and KT Rolster, the two best teams in attendance, will have to compete against one another in the semifinals. That’s assuming they both make it through the quarterfinals, but they’re both wildly favorites in their given match-ups. This means that at least one of the two best teams at Worlds will have been knocked out before the finals, which means this tournament’s end could be extremely exciting.