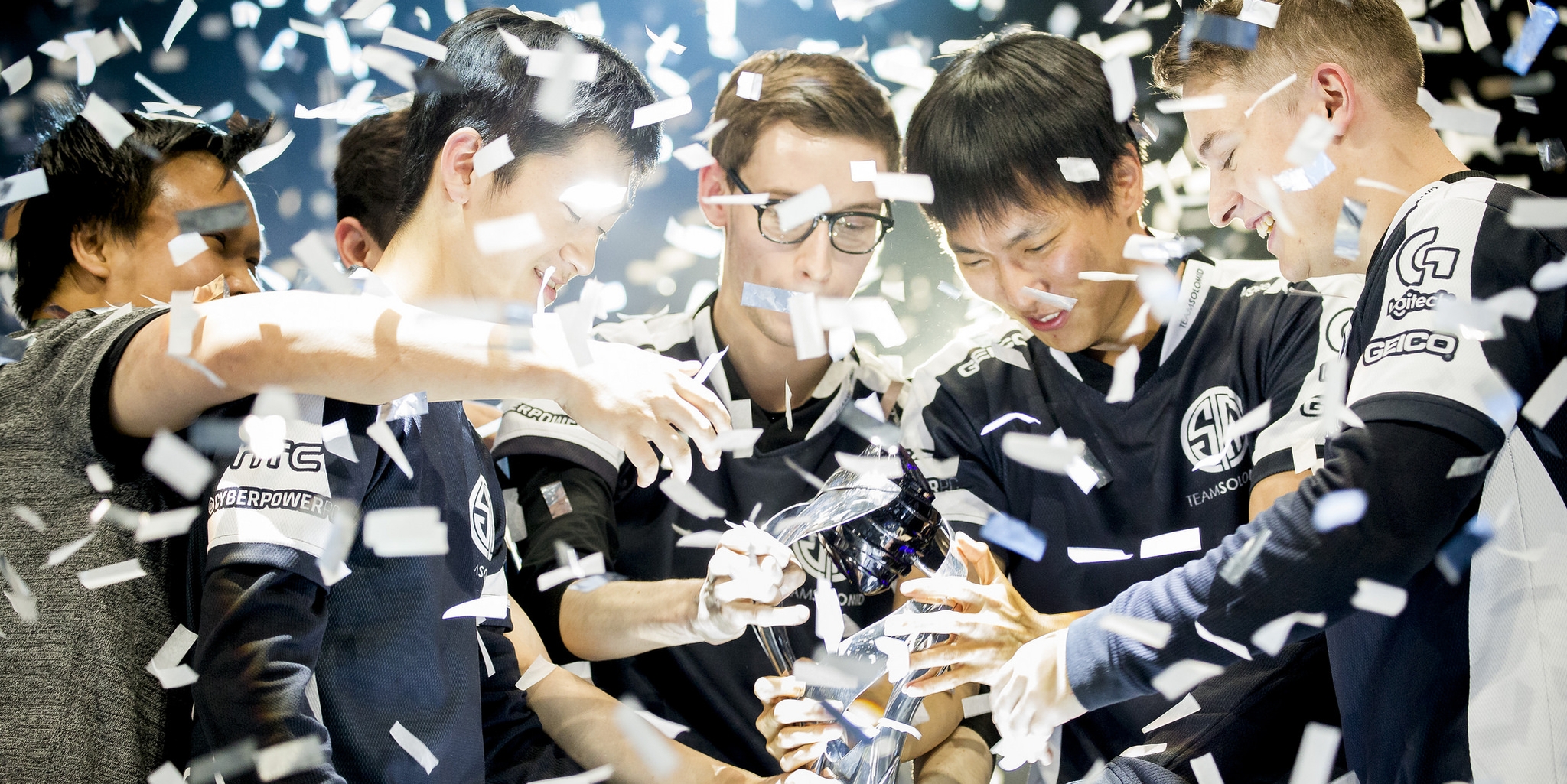 Team SoloMid recovered from a game one defeat to beat Cloud9, 3-1, in the championship series of the NA LCS Summer Split today in front of a capacity crowd at Toronto’s Air Canada Centre.

After a 17-1 regular season, TSM got through the playoffs with little resistance, sweeping Counter Logic Gaming in the semifinals and only dropping the one game to Cloud9.

TSM has now won four of the eight NA championships since the LCS format debuted in 2013, and they’ve never finished lower than second place. In addition, TSM essentially solidified its stature as the most dominant franchise in NA by denying Cloud9 what would have been their third championship.

Much like they had all season, TSM won Sunday’s series with solid lane play, cohesive team fighting, and by punishing Cloud9’s mistakes. Mid laner Søren “Bjergsen” Bjerg, who was named MVP of the split before Saturday’s third-place series, went 18/4/24 in TSM’s three wins.

Jungler Dennis “Svenskeren” Johnsen was named player of the series after consistently being in the right spot at the right time to help his teammates gain advantages.

Cloud9 was scrappy throughout the series. They won game one after mid laner Nicolaj Jensen got an early solo-kill with Cassiopeia against Bjergsen’s Vladimir. In game three, jungler William “Meteos” Hartman took Zac, a champion that hasn’t been picked all split, and converted two successful early ganks before mistakenly getting a bit too aggressive.

Top laner Jeong “Impact” Eon-young, in his first split with C9, had a standout performance for a second-consecutive week. He plays Gnar as well as any top laner in NA, which will be a huge asset if Cloud9 can manage to secure a spot at Worlds.

Since TSM auto-qualified for Worlds by winning the Summer Split, Spring Split champion CLG has now secured the second NA spot based on championship points.

C9 can grab the third spot if they win two series in the regional qualifier. First, they’ll have to defeat the winner of the series between Team Envy and Team Liquid. If that happens, they’ll face Immortals, who they beat in the semifinals.

Here are the pivotal moments of Sunday’s championship series.

It seemed like TSM successfully slowed the game’s pace enough to neutralize C9’s early lead. Then this fight happened. TSM got the engage they wanted, but a perfect pillar from Andy “Smoothie” Ta saved Jensen, whose Cassiopeia was about to be knocked to her death by a Gragas ultimate. AD carry Zachary “Sneaky” Scuderi then joined the fight, and C9 was able to win it with both of their carries pumping out damage.

A fight starts near the mid lane and @Cloud9 get two kills! #NALCS #LockIn https://t.co/YqmCJFen9A

TSM got some good ganks and solo kills to build a lead, but their strong team fighting allowed them to control the map in game two. Here’s the first of several fights in which TSM was able to navigate the ebb and flow. Kevin “Hauntzer” Yarnell’s Ekko disrupted Cloud9’s carries during the initial engage, and Yiliang “Doublelift” Peng re-engaged for TSM with Jhin’s Curtain Call.

A massive fight starts in the bot lane with @TeamSoloMid coming out on top with two kills! #NALCS #LockIn https://t.co/ffxMcI3Dl5

After two successful ganks from Meteos with his Zac pocket pick, it looked like C9 might have found a winning strategy. On his third attempt, Meteos got a bit too aggressive and gave back C9’s early lead, a mistake he would repeat later in the game.

.@c9_Meteos returns to the mid lane, but @TeamSoloMid turn the gank around for two kills! #NALCS #LockIn https://t.co/v98MEQEdCx

Cloud9 looked like it was fighting its way back into the game on the back of Impact’s Gnar, but TSM turned the tables in this, the second-to-last team fight of the game. Like many in the series, it was a brawl that TSM barely managed to win.

A massive back and forth fight in the mid lane leads to an ace for @TeamSoloMid! #NALCS #LockIn https://t.co/zvzg86a7Om