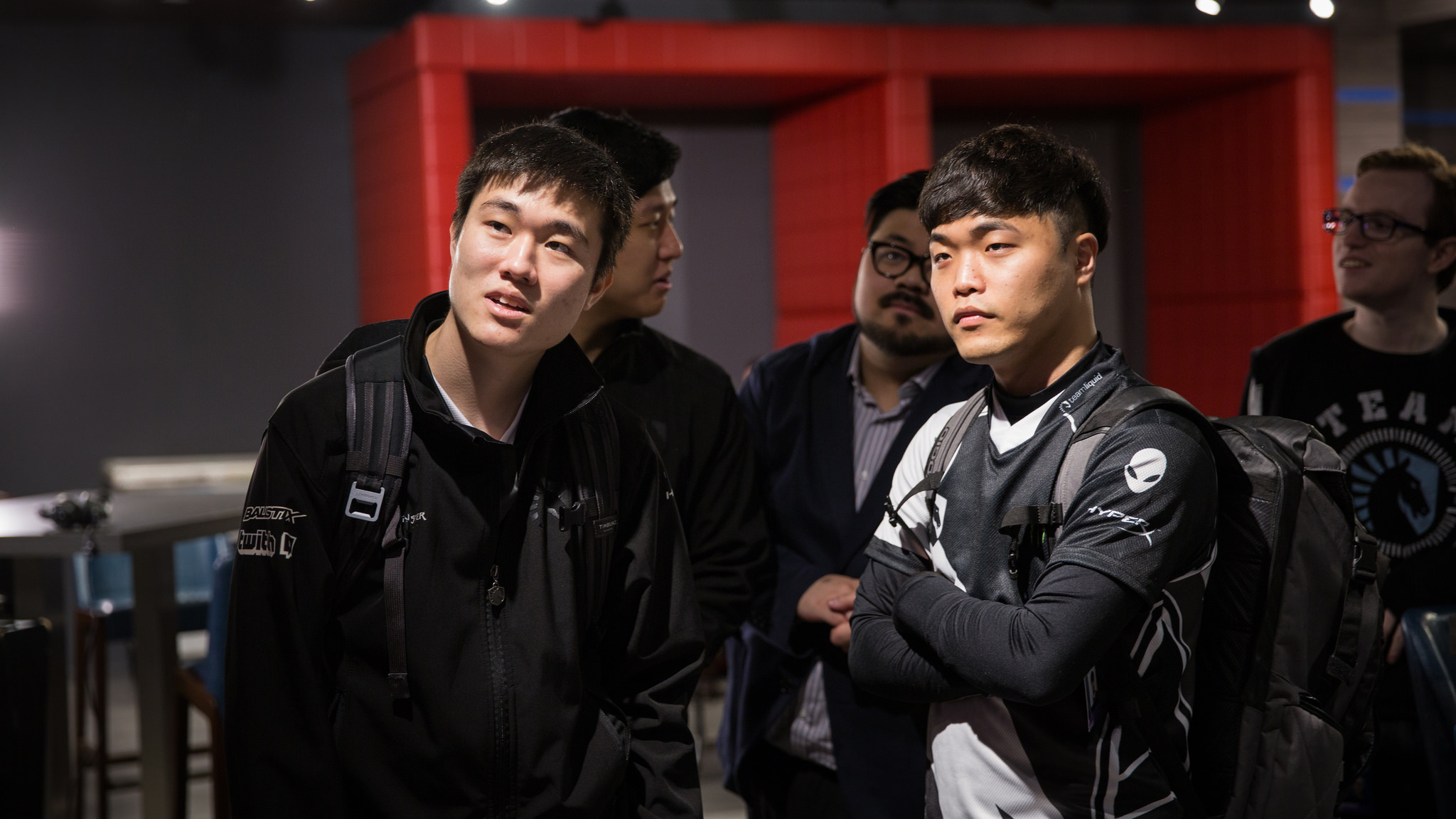 If you only watched the beginning of this match, it would be difficult to envision a scenario in which C9 lost. Cloud9 had successful stolen Team Liquid’s red buff in a level one invade, and this play gave C9 complete control of the surrounding jungle.

Cloud9 jungler Dennis “Svenskeren” Johnsen used this control to take three consecutive red buffs, as well as a few kills during these thefts. By 10 minutes, Svenskeren’s Olaf had amassed four kills and looked keen to take over the match.

But as Svenskeren’s Olaf began to fall off, so did Cloud9’s macro play. As the match progressed, Team Liquid began to successfully pull off more and more roams against a seemingly blindsighted Cloud9. Team Liquid’s carries, who initially fell behind, had now become much stronger against their blue-tinted opponents.

These numerous little leads found by Team Liquid eventually amassed into a huge teamfight victory in the top lane, which resulted in a free Baron buff. And with the extra power from the purple buff, Team Liquid easily snowballed the match into a victory by using global ultimates from mid laner Eugene “Pobelter” Park’s Ryze and support Kim “Olleh” Joo-sung’s Tahm Kench.

Now that they’ve qualified for the playoffs with today’s win, Team Liquid’s final regular season match of the Spring Split against OpTic Gaming will be for nothing more than pride. Team Liquid’s match vs. OpTic is set for Sunday, March 18.