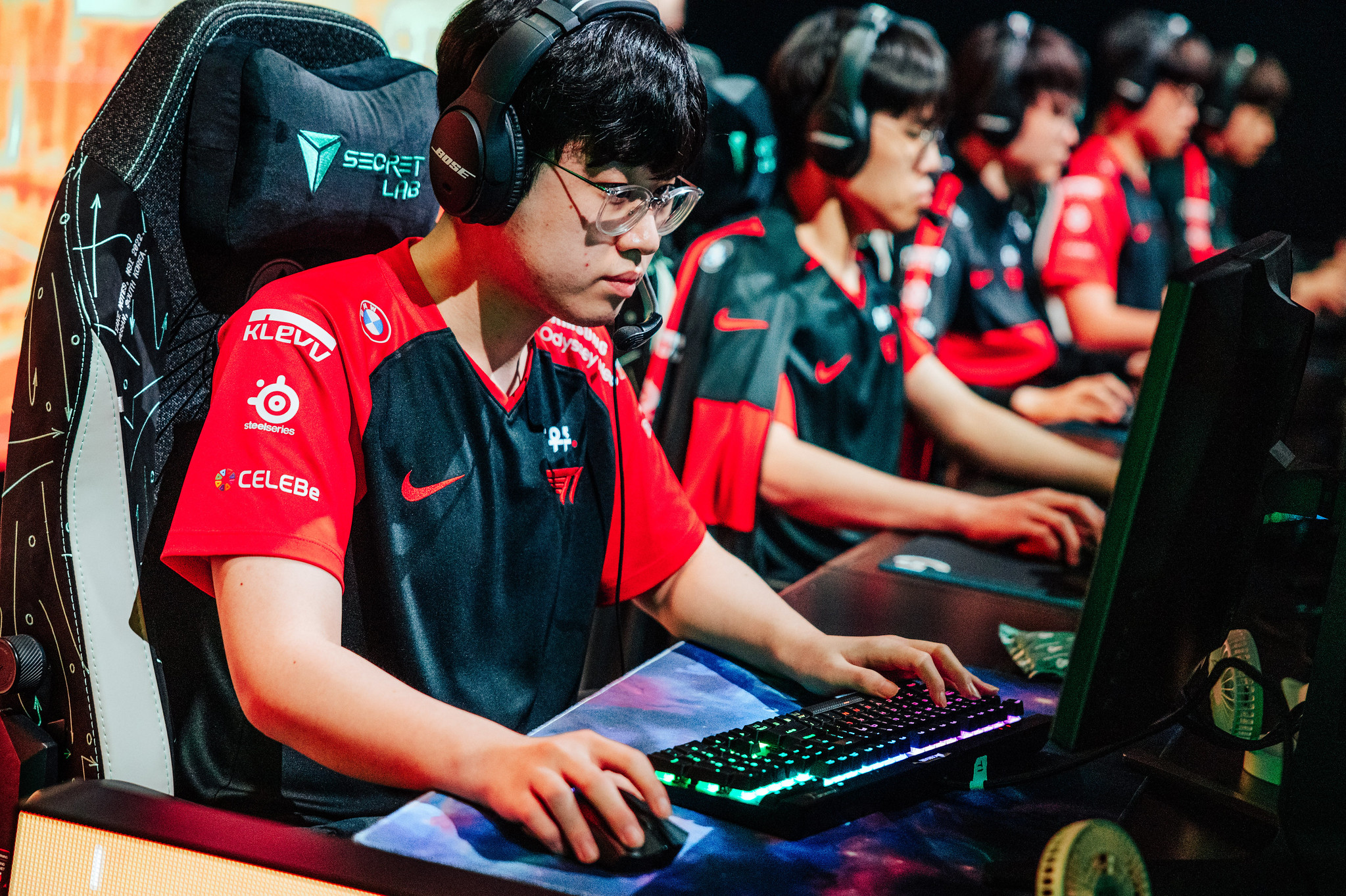 For many T1 fans watching the 2022 League of Legends Mid-Season Invitational, the tournament hasn’t been going as smoothly as they thought it would. They can, however, find some happiness with the team’s dominant 25-minute victory over Evil Geniuses today.

The rumble stage hasn’t looked too great for the LCK champions, especially after dropping two games against both G2 Esports and Royal Never Give Up. Their superstar bottom lane duo of Gumayusi and Keria haven’t looked nearly as dominant as what we saw this past spring, either, with the young AD carry seeing drops in KDA, damage numbers, and kill participation percentage when comparing his Spring Split form to his MSI form, according to Oracle’s Elixir.

Luckily for the Korean juggernauts, their top side has picked up the pace, and in this game, it was Zeus who made the big difference. Early into the game, the T1 top laner found a significant advantage against Impact with his Gangplank pick, taking a couple of early kills to set himself up for the rest of the match.

Although EG found some success with Bard and Twisted Fate’s great pick potential, the young squad couldn’t translate this into the mid-to-late game. T1’s team composition was a lot stronger in a traditional five-vs-five situation, and after three straight teamfight wins, the LCK’s best quickly found themselves marching to victory.

Even still, LCS fans should be happy with how much their representatives have improved over the course of the event. The lineup is still quite inexperienced, with two of the youngest players at the tournament. As a result, they’ll need plenty of time to adjust to the international grand stage, which will also come with a good amount of growing pains.

Catch EG and T1 in action as they continue their journey in Busan at MSI.