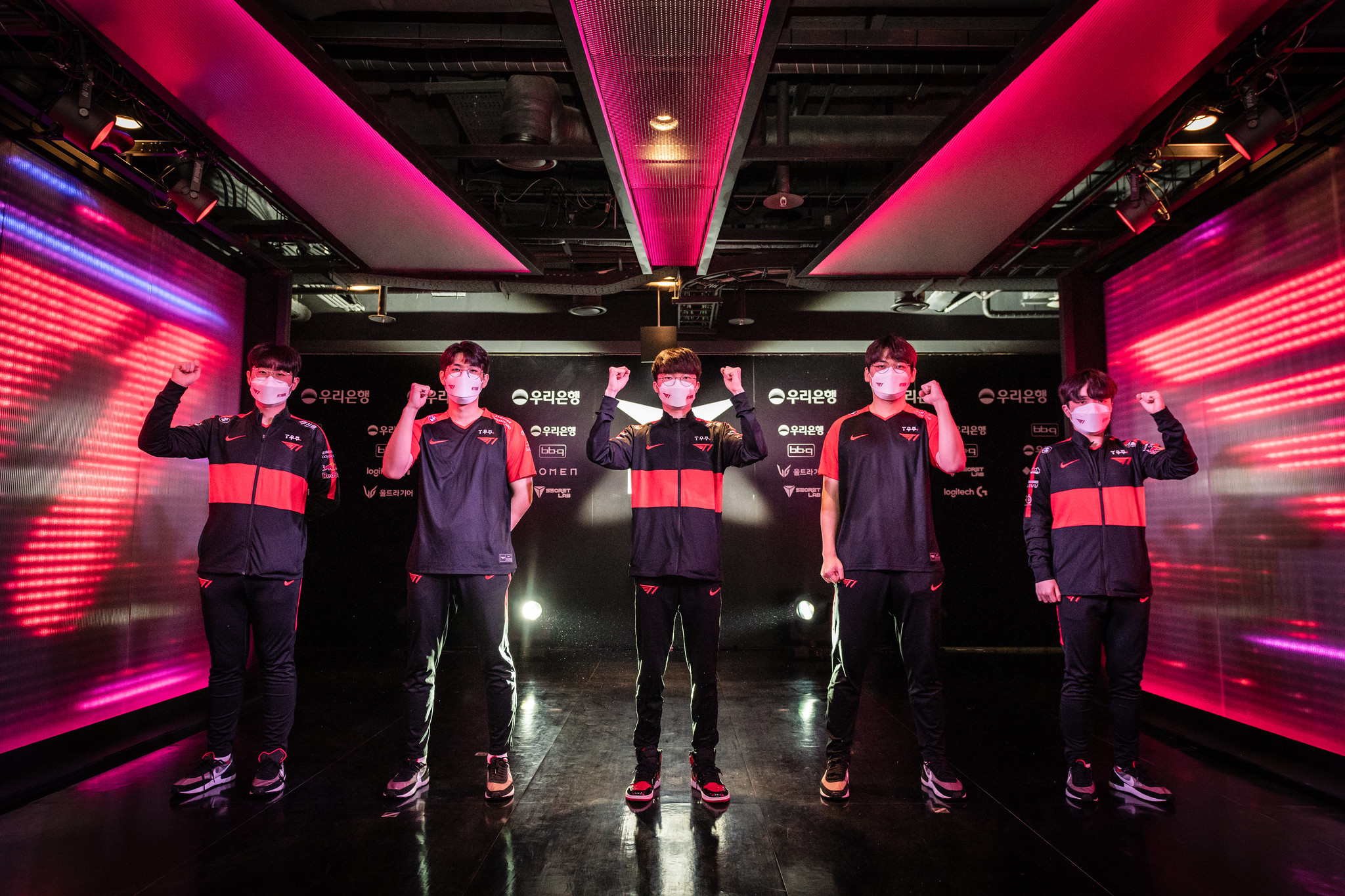 T1 secured a spot in the League of Legends Championship Korea (LCK) split finals today, after comfortably taking down Kwangdong Freecs with a clean 3-0 to maintain their winning streak. They’ll face either DWG KIA or Gen.G in the finals matchup on April 2.

The 2022 LCK playoffs are shaping up to be a thriller for T1 fans given the team’s perfect regular season run and their performance in the playoffs. T1 are dominating the competition and carved themselves a spot in the finals, where they’ll take on the winner of tomorrow’s semifinal match.

The first match of the best-of-five series started with a clean strategy from KDF, who banned four AD carry picks for Gumayusi during the drafting phase. On the field, however, T1 secured the first blood on an over-extending Viktor in the mid lane to get an early lead. The mid-game was a bit stale because both the teams focused more on farming than on fighting. T1 started to scale with two Rift Heralds and a dragon, but KDF punished their engage attempts, securing two kills on T1.

T1 matched the game’s tempo, continued to gather objectives, and forced KDF to initiate teamfights on them to challenge the objectives. T1 secured the Baron after winning a teamfight to get another fight on their hands and escalate the lead further. They confirmed the next dragon and took down players of KDF. With the Baron buff, they pushed through the mid lane and finished game one with no inconvenience.

With Lee Sin on the field and Viego being banned, Oner secured his first-ever Nocturne pick in the LCK to kick off game two. KDF started off strong with a gank under the bottom lane tower and secured a pick onto Gumayusi. However, the dive was quickly turned by Keria, who got two kills with his cc abilities on the enemy. T1 got the Rift Herald and won a teamfight to ensure an early lead and a dragon for the team. T1 continued to secure objectives and find picks on the enemy with their engage comp to push KDF further away from the match.

T1’s lead grew with every dragon and tower they secured, and KDF had no answer to their aggression. KDF tried to find some picks, but T1 had the advantage in levels and gold lead and had no trouble turning every teamfight in their favor. The match looked like a one-sided affair, and T1 took the last teamfight in their base and convincingly brought down the Nexus to push the series to match point.

Game three was do-or-die for KDF, and they decided to ban three top lane champions targeting Zeus, which made him choose Kennen. T1 secured first blood on Kiin’s Akali in the top lane to give Zeus an advantage. However, anticipating another gank from Oner, they cleverly caught him in the jungle and equalized the kill difference. KDF didn’t learn from their past mistakes and tried to contest the Rift Herald with T1 on the turf. They lost the teamfight, and T1 secured valuable kills to stabilize the match for themselves.

Though KDF punished T1 in the mid game for over-extending in the mid lane, it barely made a dent in T1’s tempo. T1 kept winning teamfights to the point where they looked pretty comfortable in the match. This resulted in them secured the Baron, pushed towards the enemy base, and giving the match a swift end as they made their way towards the LCK finals.