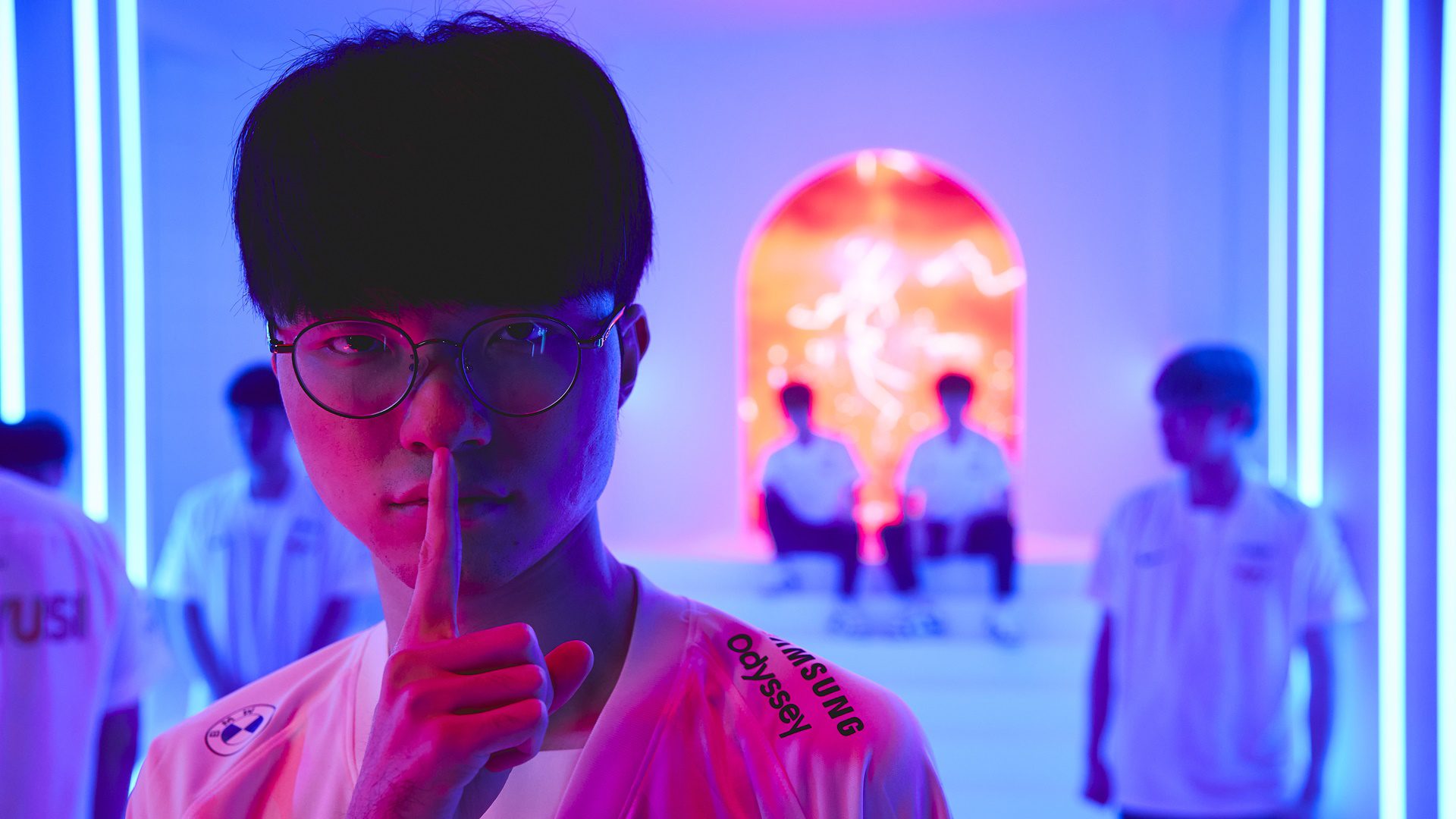 T1 didn’t make a single change to its League of Legends starting roster coming into the new year, which is hardly a surprise considering the squad’s accomplishments in 2021.

In the team’s opening series of the 2022 LCK Spring Split today, T1 proved that they’re still a force to be reckoned with, worthy of a spot on Dot Esports’ global power rankings. Faker and his teammates confidently beat Kwangdong Freecs 2-0.

Former T1 AD carry Teddy and his new squad tried their best to counter T1’s aggression, which led to a fairly slow start to the best-of-three series. Both sides traded blows for the first 30 minutes of the match, but it was T1 who came out on top.

Kwangdong Freecs stood their ground when T1 took control of the Baron around the 33-minute mark. But it wasn’t until three minutes later, when T1 claimed the Elder Dragon and scored an ace, that Faker and his squad ran through the mid lane and destroyed the Nexus.

Teddy had one more shot to upset his former team and to enjoy his first victory in the 2022 season. But game two was a display of pure domination from the side of T1.

Despite issues in the jungle for Oner, he came back in an impressive fashion to put himself and his bottom lane duo in the lead thanks to a successful dive under Kwangdong Freecs’ turret. At that point, it looked like the game was already over. T1 easily won the next skirmish before taking control of objectives across the map. Kwangdong were unable to react and bowed down to the defeat.

The Korean league returns tomorrow at 2am CT, where Hanwha Life are expected to face off against Nongshim RedForce. Later on that day, KT Rolster will take on defending champions DWG KIA.