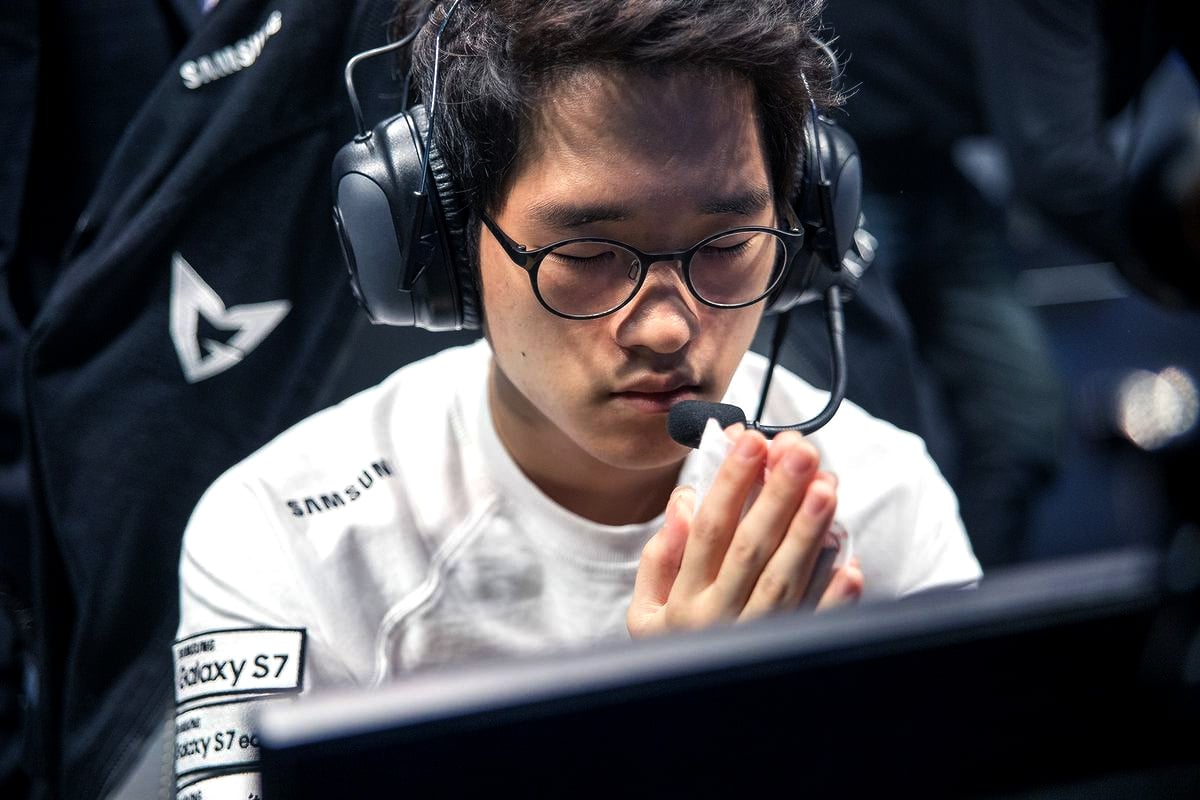 The LCK Summer Split is nothing short of a toss-up. No team stands above all the others, a rare occurrence in the Korean league. By the sixth week of LCK play there’s usually at least one team that pundits place at the top, far above the rest. SK Telecom T1 filled the role in spring. And last summer the Rox Tigers rose to greatness.

This split, however, no team is the league favorite—contrary to what the lopsided standings would have you believe. While Samsung Galaxy and SK Telecom T1, the current top two teams, may have 11-2 and 9-4 records respectively, their wins aren’t always convincing. And the same could be said for Longzhu Gaming and KT Rolster, who place just below SKT.

Even in their wins, all four of these teams have shown some weakness. These weaknesses vary wildly for each team, but nevertheless hold them back from dominating the world of League of Legends, similar to Korean squads of the past. That’s not to say that Samsung White or SKT of 2013 were perfect. But compared to their 2017 successors, these teams’ problems were so minuscule it was near impossible for their peers to exploit them.

More recently, fans saw the rise of the ROX Tigers and SKT once more. Both of these teams had noticeable weaknesses in terms of their players. ROX mid laner Lee “Kuro” Seo-haeng was often criticized for not being on the same skill level as his teammates, while SKT had issues with their two junglers throughout the entirety of the 2016 season. And although these problems were more exploitable than the two teams mentioned above, ROX and SKT managed to play around and thus minimize their issues.

The LCK’s current top four teams haven’t done the same. Instead, you see the SKT of 2017 let teams abuse their poor early game, hoping they can win out in the mid to late game. Or you’ll find KT Rolster throwing their early game lead, only to sloppily close out a game that should have been won 15 minutes earlier.

These problems were exemplified during Rift Rivals, the first Riot Games sanctioned tournament Korea has lost since the 2015 Mid-Season Invitational, when Chinese team EDward Gaming beat SKT. Despite a poor group stage performance, EDG exploited the Korean team’s cocky play and abused their opponent’s already apparent weaknesses to cause a major tournament upset.

And Rand’s sentiment reigns true even in the LCK itself. Comparing roster strength and historical success, teams like SKT or Samsung should beat the likes of Jin Air or ROX. But now when the reverse occurs, no longer is there the same level of shock from the start of the season.

No one is unbeatable, and for LCK teams in playoff contention this is great news. The usual towering monoliths in first and second place are absent this split. In their stead are two teams that are undoubtedly strong but have very exploitable weaknesses like everyone else in the league. The current Kings of Korea, SKT, are in a three-game losing streak since returning from Rift Rivals. There’s no better time for a team to usurp the LCK crown than now.

Teams like KT and Samsung, who have been on the cusp of championship success over the past two years, may finally regain their former 2014 glory. And Longzhu, a team that has failed to meet expectations over the past three splits, has the chance to go the distance with their new roster.

All this uncertainty has made for one of the most exciting seasons of the LCK yet. This split might not be enjoyable for the slumping giants, but for the viewers, we’re in an era where anything can happen. Last summer the LCK saw ROX take the crown away from SKT. One year later, another team may do the same.