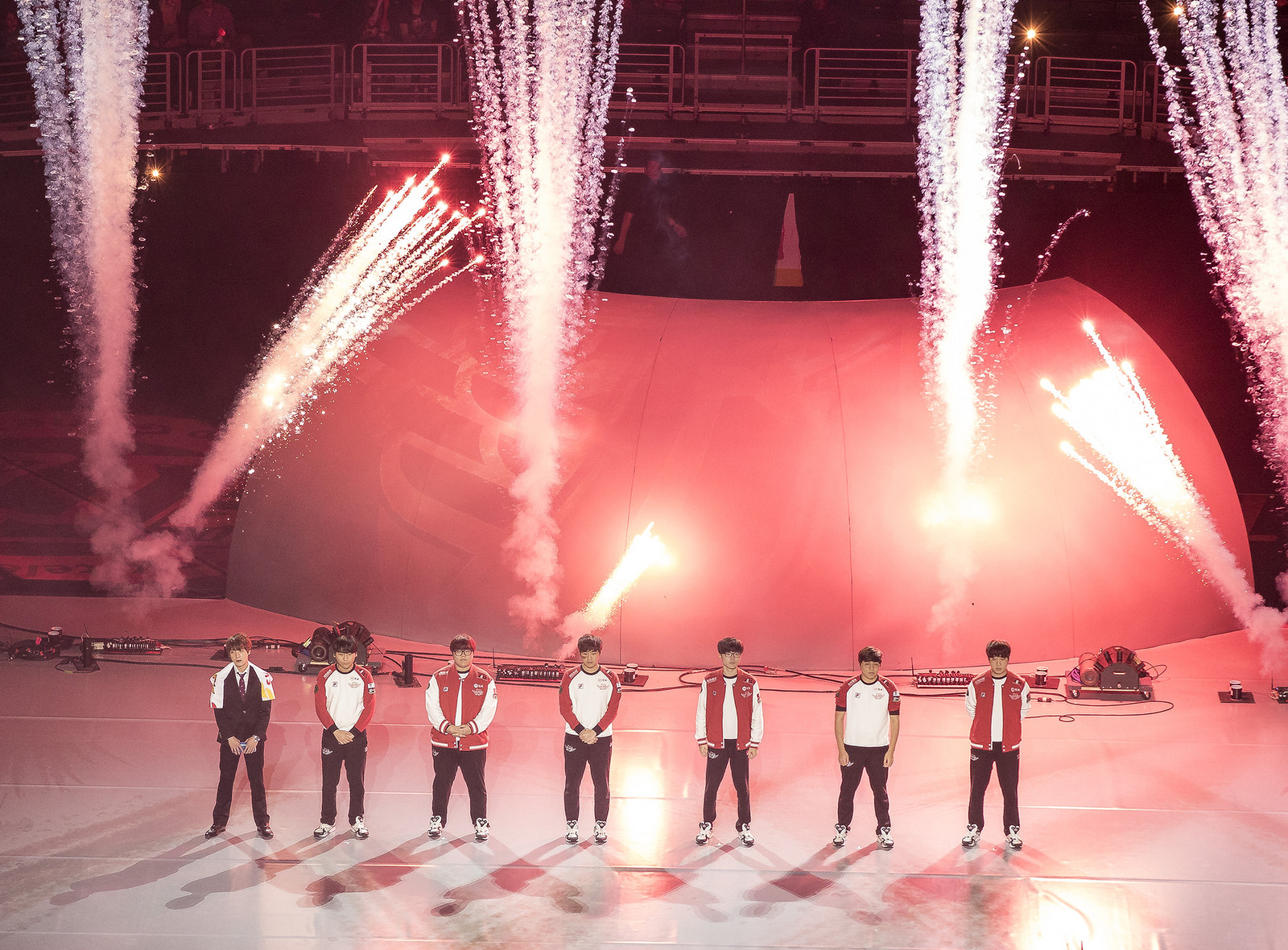 After essentially blowing up its roster, the most successful organization in League history is now sporting an almost entirely new team—with a few exceptions. With these new faces, SKT have been dubbed the “super team” of Korea by fans, particularly due to the combination of Faker, Khan, Mata, and Teddy. Although SKT are no strangers to success, they haven’t sported a title like that in a long time, and, unfortunately for them, it carries some negative baggage with it.

When LCK fans think of the title “super team,” their minds probably go to one team and one team only, because there’s only been one that’s carried it for the last several years. KT Rolster is that team, and they, like SKT, elected to nuke their roster for the 2019 season, too. And KT Rolster, well, they didn’t carry the title so well.

Despite having what was considered the best individual talent in Korea in each lane, it took KT Rolster a lot of tries to finally win an LCK split and make it to Worlds. That was this year, after the team won the 2018 LCK Summer Split, and that made them favorites to win Worlds as a whole. KT Rolster’s reputation as the choking super team stuck with them through Worlds, though, as they were kicked out of the quarterfinals by Invictus Gaming, who would go on to win the title.

Many people, whether joking or in seriousness, refer to KT’s tenured history of super-team-disappointment as a curse. In reality, it was probably due to the fact that the roster couldn’t handle high-stress tournament environments or mid-tournament meta changes, but nonetheless, the asterisk attached to the term “super team” is now on SKT’s shoulders. And they’ll have to deal with that to make their big comeback in 2019.

If you’re looking for reasons to be worried about the new roster, your eyes probably shift directly onto Mata and Khan. These two players have each been considered the best players in their respective roles at times, and still, they’ve each failed to find any international success due to, go figure, choking. Khan was the star player of Kingzone DragonX when they were 3-1’d by RNG at MSI in 2018, and he was their star player when they were swept in the 2017 Worlds quarterfinals as Longzhu Gaming. Mata comes from a two-year stint on KT Rolster, and, well, we know how that turned out.

So how do these players, and SKT as a whole, overcome the stigma of being an LCK super team? There isn’t a magic answer, unfortunately, but if any team can do it, it’s SKT. With Faker on the roster, he can lead and hone the individual talent of Khan, Clid, Mata, Teddy, and the rest to eventually deal with the pressure of an international tournament. That’s just a theory, obviously, but this SKT roster has all the tools they need to solve the problem, too.

Khan’s best strength is that he can pressure enemy top laners more than most of his competition. By drawing attention to the top lane, he can take pressure off of Faker, and then Mata and Clid, the latter being very strong mechanically and the former being an excellent shotcaller, can roam to mid lane to feed Faker or set up objectives. Not to mention the fact that Teddy is a solid bot lane carry, and Leo isn’t too shabby, either.

Overall, we’re cautious to call them a super team so easily, but it’s clear they had a strategy in mind when putting this new team together, and that may be their shining glory.