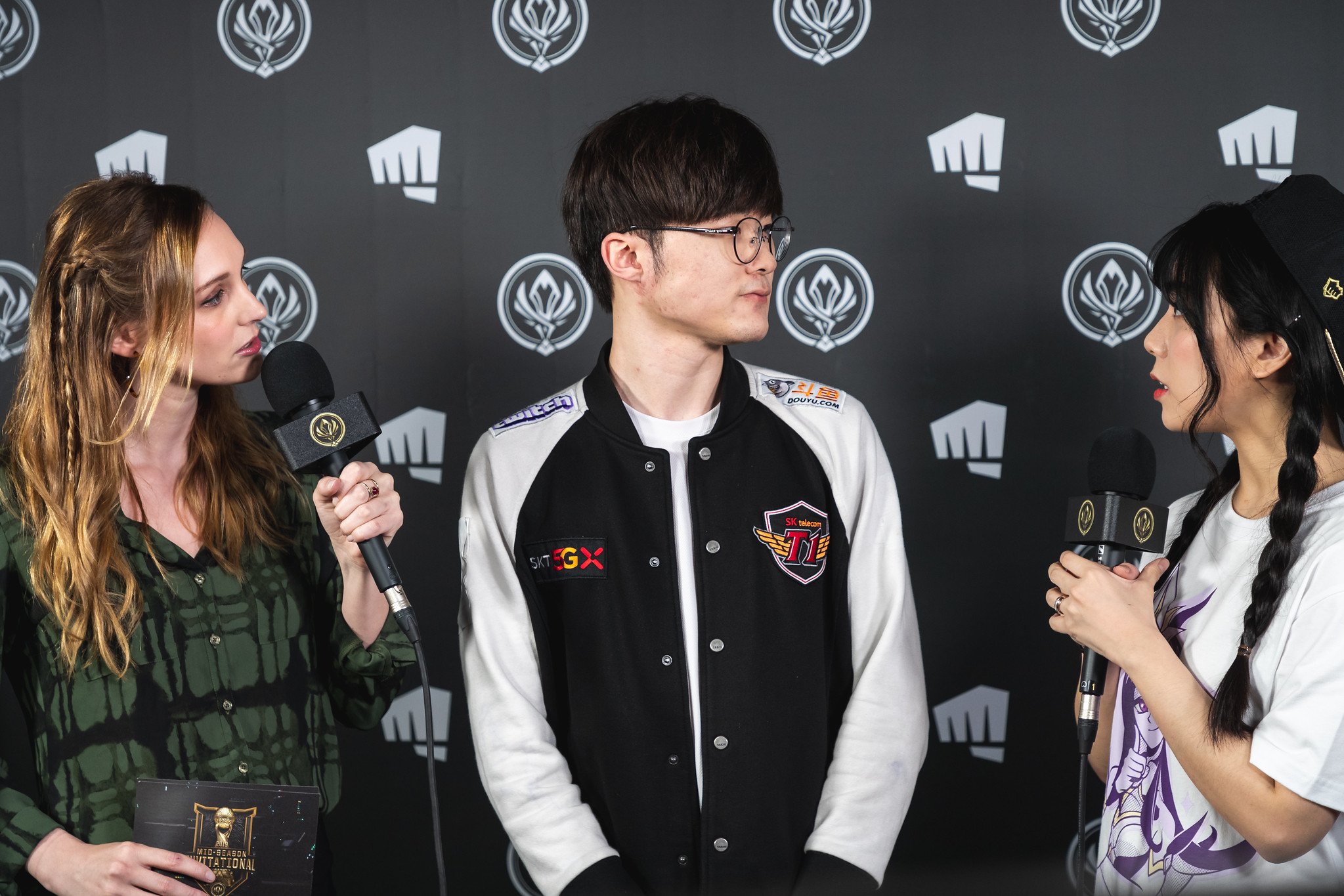 This group stage at MSI 2019 has been pretty much a cakewalk for China’s Invictus Gaming, who is headed into the Knockout Stage as the number one seed. Their quest for a 10-0 group stage was foiled today, however, as Korea’s SK Telecom T1 handed them their first loss of the tournament.

It was a pretty back-and-forth early game between both teams, but the jungle-mid difference ended up setting apart these two powerhouses. SKT’s Kim “Clid” Tae-min showed up big today, as he was able to provide pressure to both his bottom and mid lane to get them ahead.

The match actually stayed pretty close until 19 minutes into the game, where the two teams got into a skirmish near the dragon pit. With some clean teamfighting, SKT came out with three kills and a mountain dragon. A minute later, Clid and Lee “Faker” Sang-hyeok executed a perfect mid lane dive that put two kills on the superstar mid laner’s iconic Ryze.

This ended up being the breaking point to which SKT took over the game, as Faker and company began to win each fight that they got themselves into. Invictus was simply overaggressive in some situations, while SKT stayed calm and calculated throughout the match.

The rest of the game was the Faker show, as the perennial World Champion dominated with eight kills and seven assists. Clid was also impressive, ending the game with six kills of his own. SKT is notorious for ramping up their play as they enter the Knockout Stages of tournaments, so this should scare the rest of the teams at MSI.

Meanwhile, Invictus seemed to struggle a bit with the early aggression from Clid and were simply outmatched in the teamfights. Giving Faker his Ryze isn’t usually a good idea but Gao “Ning” Zhen-Ning also didn’t have a great game on Xin Zhao, which was a bigger problem for the 2018 World Champs. Invictus fans shouldn’t worry too much, though, as IG usually amps up their play in best-of-five’s as well.