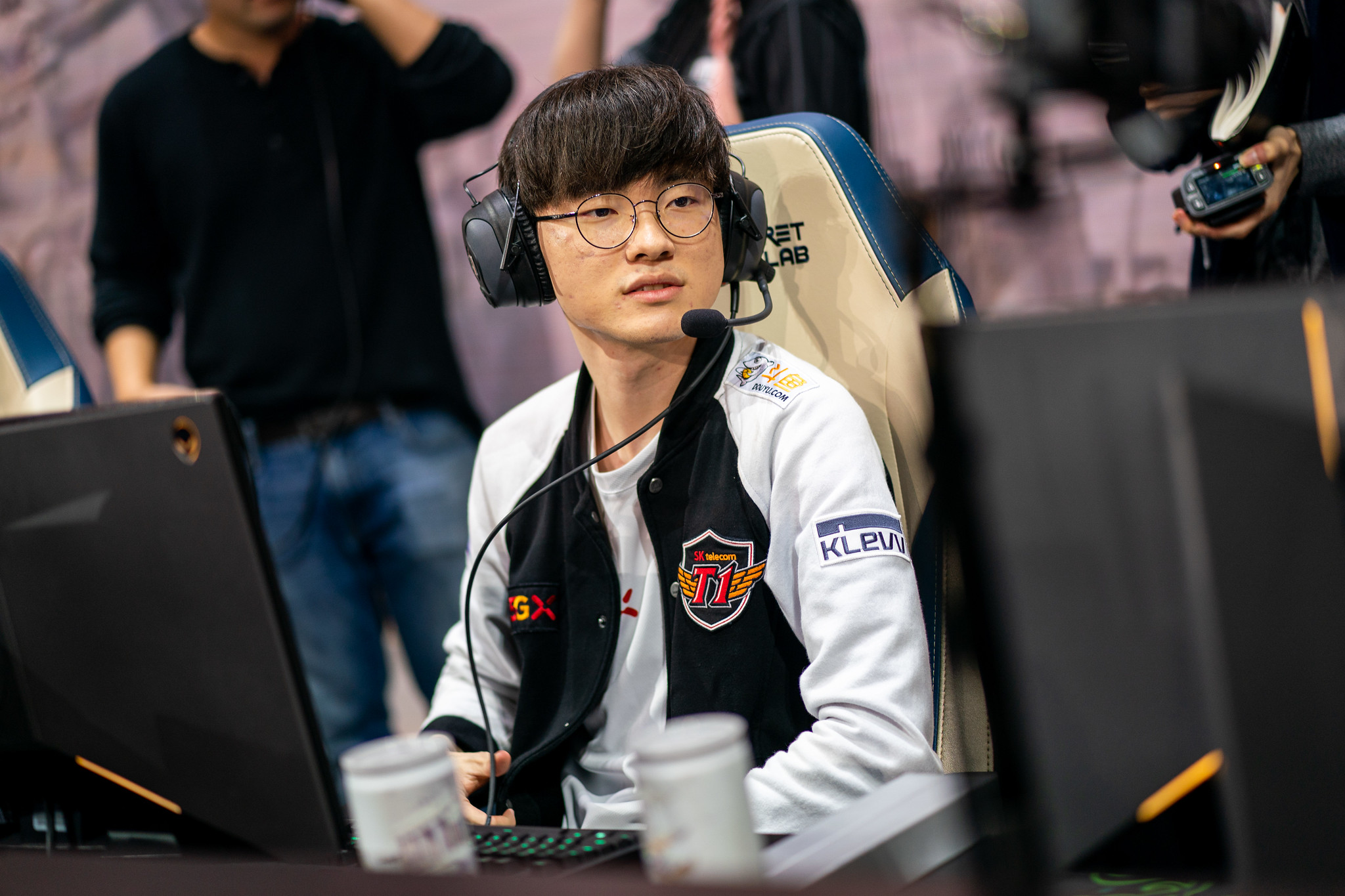 SK Telecom T1’s return to Worlds has gone about as well as the team could have possibly hoped. Earlier today, the legendary Korean team destroyed Clutch Gaming in one of the most one-sided matches at Worlds 2019 so far.

The game simply wasn’t close. SKT took a huge lead early in the match and steamrolled their way to victory behind masterclass performances by superstar Lee “Faker” Sang-hyeok and top laner Kim “Khan” Dong-ha. It took the perennial World Champs only 25 minutes to take down the NA third seed.

Clutch Gaming’s Heo “Huni” Seung-hoon will have to wait a while before he gets another shot at toppling Khan. After trash-talking SKT before the match, he ended up finishing with six deaths and no kills.

The past three games have shown that SKT is on another level right now, and that every team at the tournament may need to play a perfect game to even have a chance at defeating them. The only team that looked close to beating the Korean first seed was China’s Royal Never Give Up, but they too were bested on the second day of the group stage.

Faker and company now get three days of rest before taking the stage once more to solidify their spot in the playoffs at the 2019 World Championships. They get to test their limits once again on Saturday, October 19 when they take on RNG to further their dominance over this year’s Group of Death.