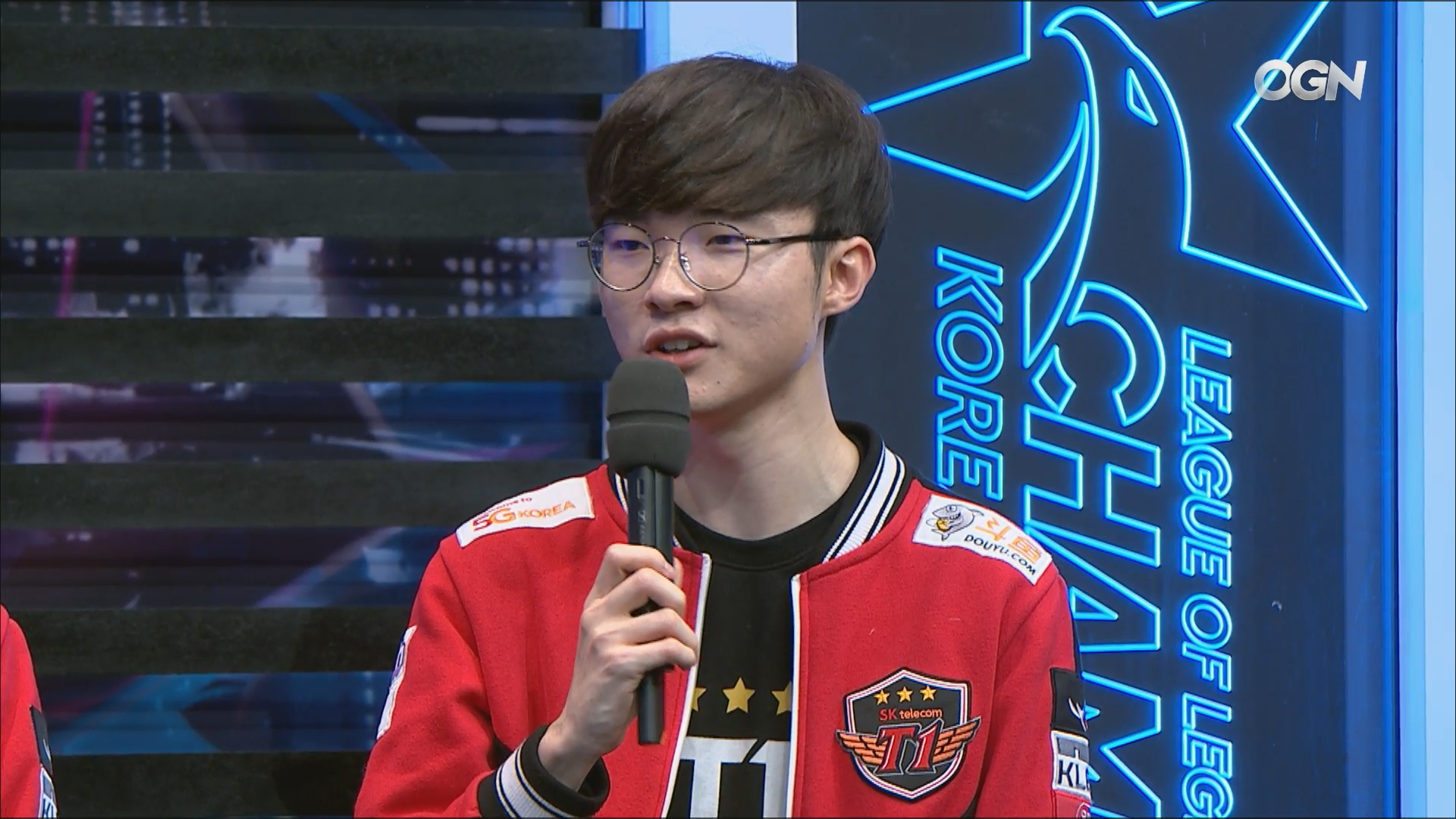 SK Telecom T1 beat bbq OLIVERS earlier today in the LCK to record just their second win of the season.

SKT were on a five game losing streak going into the match, having not won a series since their opening match against ROX Tigers on Jan. 17. The team was sitting in joint last place alongside MVP, facing unthinkable relegation at the end of the season unless they could turn things around.

SKT won the first game of the series with ease, but bbq fought back to take the second game and tie the series. Both matches were closely contested in the early game before both SKT and bbq found a match winning team fight to end the games.

Jungler Park “Blossom” Beom-chan gifted bbq two quick kills at the start of the third game after a series of sloppy plays. The rookie had showed a few glimmers of excellence in the previous two matches—but at the beginning of the third game, he was just awful.

Both times Blossom was caught around the mid lane, going into fights alone with nobody to back him up. This gave bbq a small gold lead in the mid lane to help them take control of the match.

After a bad start, SKT finally started to look like a World Championship team. SKT shifted their focus to the bot lane giving ADC Bae “Bang” Jun-sik the space and time needed to rack up a large CS lead over his opponent.

SKT nearly got themselves the ace and looked towards the Baron. They changed their minds, however, and decided to do something drastic.

With the numbers on their side, SKT made the call to force down three towers in the bot lane and finish off the game before bbq’s roster had a chance to respawn. Bbq only had their support available to try and desperately rescue the game, but it was just not enough.

With the victory, SKT now sit on a record of 2-5. They’re tied for seventh place alongside bbq and Kongdoo Monster, and are one win away from challenging for those all important playoff spots.