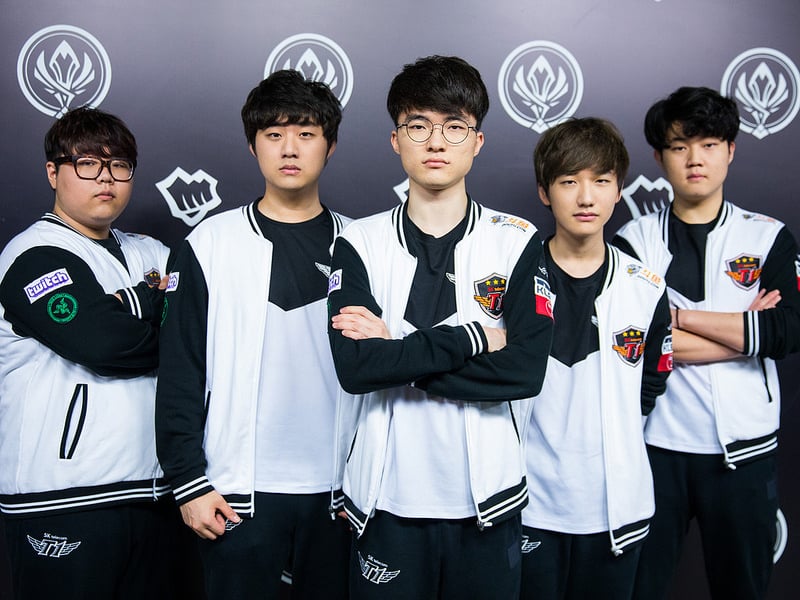 For longtime League of Legends fans, this semifinal match was a dream come true. Known as the “Korean slayers,” Flash Wolves were the only team to score a positive record against SKT, with a match score of 4-2. Despite this record though, the Wolves had never played against SKT in a best-of series.

A win today would have further solidified the Wolves’ title as Korea’s kryptonite, quieting any naysayers. And as game one began, the they looked like they might just make it happen. After an anticlimactic turret trade, the Wolves started to find advantages all across the map in the form of picks and teamfight wins.

The game was the Wolves’ to lose. But one sloppy engage by the Wolves changed the entire flow of the match towards SKT, who were able to pick up four kills and the Baron shortly after. Now with the lead SKT rushed into FW’s base, taking down their opponents without hesitation.

Unlike the previous match, SKT came into game two ready to win. Lee “Faker” Sang-hyeok completely dominated Huang “Maple” Yi-Tang’s Leblanc as Cassiopeia. Without the help of any of his teammates, Faker gained a 45 CS lead over Maple by 10 minutes, the highest CS lead ever at an MSI.

And in a case of deja vu, after SKT took the Baron, the Korean squad went straight into the Wolves’ base, once again ending the game with ease.

Taking a page from Team WE’s book, the the Wolves now placed their MSI hopes on a mid Lucian pick.

In fact, game three started well for the Wolves, with the risky Lucian pick picking up first blood. But botched bot lane ganks as well as a losing top lane spelled their demise.

The Wolves quickly lost control of the entire map, with only the early Lucian kill to compare with the seven SKT found right after. Now with total control of the map, SKT took the Baron. And like a broken record, SKT once again rushed the mid lane, taking the Wolves’ entire base. At this point, the Wolves were more like harmless flies that SKT carelessly swatted away as they destroyed the nexus.

Now qualified for their third straight MSI final, SKT will play the winner of tomorrow’s match between G2 and Team WE on Sunday.