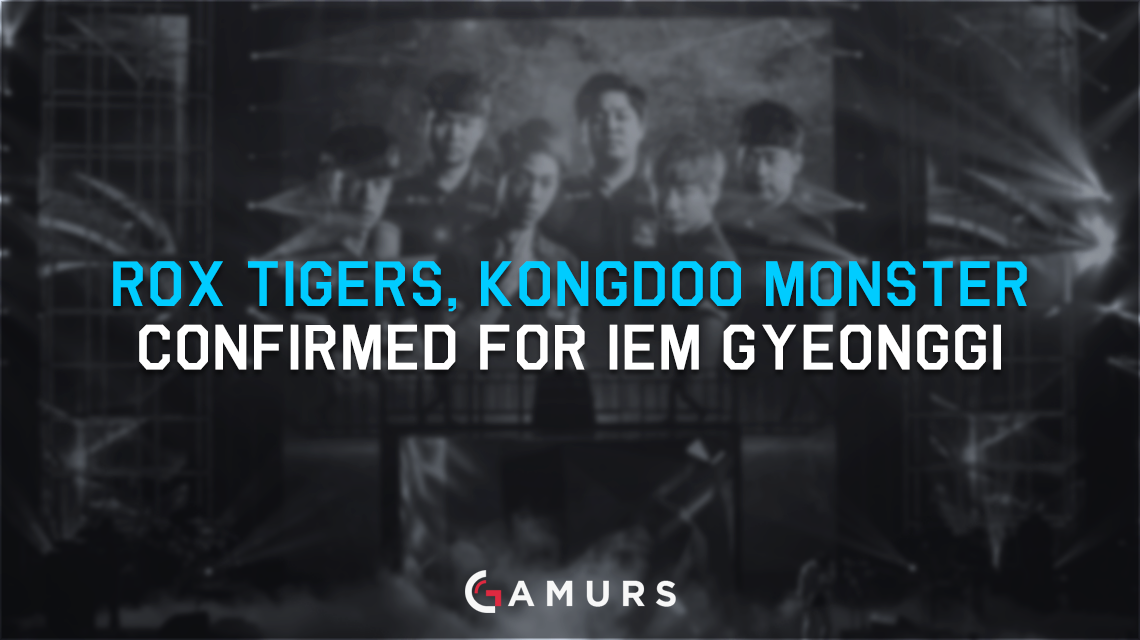 Welcome @LOL_Tigers and @Kongdoo_monster to the #IEM Gyeonggi @LeagueOfLegends lineup!

The news comes at a surprising time, since the ROX Tigers do not currently have any players under contract.

During 2016, ROX had a historic year. The organization, competing in Korea’s LCK, won the regular season and took second-place in the playoffs of the Spring Split, won the regular season and the playoffs of the Summer Split, and made it to the semifinals of the World Championship. To cap off the year, ROX defeated SK Telecom T1 2-0  in the KeSPA Cup semifinals and won the event with a 3-1 victory over Kongdoo Monster in the finals. Shortly after, the players went their separate ways, and ROX was left with an empty roster. As the event is just a few weeks away, this confirmation likely means that the organization already has a roster in the works.

Kongdoo Monster had a slightly more difficult 2016 than the ROX Tigers. Midway through the Spring Split, still named e-mFire at the time, the team was 1-7. After the sponsorship, things did not improve as the team went 1-17 and was relegated to Challengers Korea 3-1 at the hands of MVP. The team bounced back, winning the 2016 Challengers Korea Summer Playoffs and defeating ESC Ever 3-1 in the promotion tournament to return to the LCK for 2017. In the KeSPA Cup, Kongdoo defeated KT Rolster and ESC Ever en route to a finals appearance, and loss, against ROX.

The tournament will consist of eight teams, takes place from Dec. 16 to 18, and is the second IEM event in the tournament series to feature League of Legends competition. At this time, no other teams have been confirmed and the prize pool has yet to be announced.

The winner of this tournament is guaranteed a spot at IEM World Championship (Katowice) in 2017.

Who will be on ROX’s roster for this event? Will the organization still be able to compete at an international level? Let us know your thoughts in the comments below or tweet us @GAMURScom.