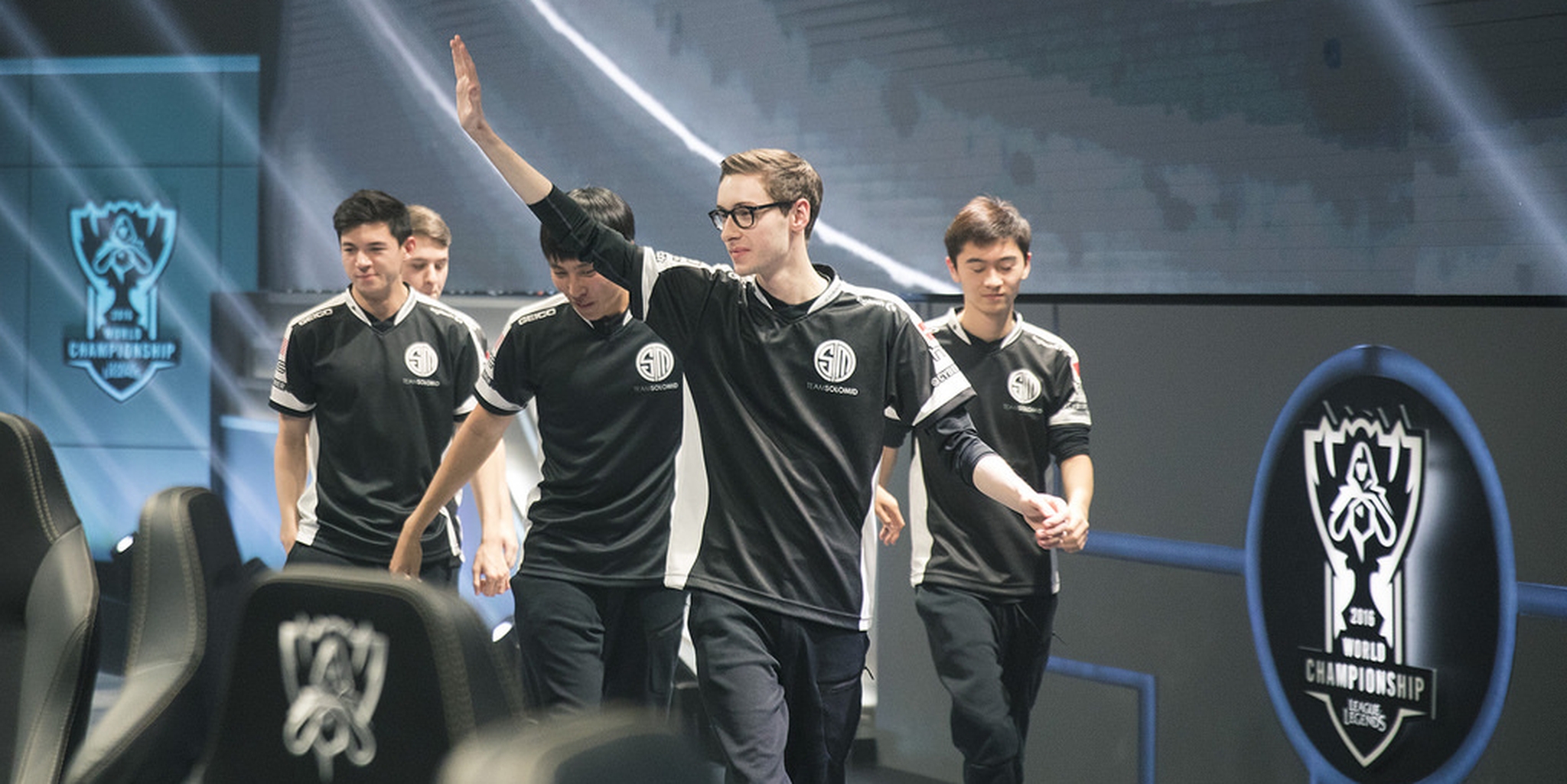 They were called North America’s best ever hope to take home a League of Legends World Championship, but Team SoloMid has failed to advance past the tournament’s group stage.

TSM fell to China’s Royal Never Give Up in a due-or-die game to end Saturday’s play. The two teams both finished group stage with 3-3 records, but RNG owned the tiebreaker after winning both times the teams met.

Despite strong play last week, TSM and RNG put themselves in precarious positions in Saturday’s early games. RNG lost to both Splyce and Samsung Galaxy, while TSM also fell to Samsung, who locked up the group’s top seed with a 5-1 record.

The decisive game was tense from the very start.

With Yuanhao “Xiaohu” Li on Aurelion Sol in the mid lane, RNG forced the action early by proactively roaming to invade TSM’s jungle, stealing camps and buffs. Disaster struck for the American side at 7:15 when RNG’s ultra-aggressive AD carry Jian “Uzi” Zi-Hao turned first blood into a triple kill. TSM couldn’t respond with any kills, allowing RNG to grab first turret, an infernal drake, and a 2k gold lead.

First Blood and a Triple Kill for Uzi! #Worlds https://t.co/sXMAREm8nL

Like they had all season, TSM turned to star mid laner Søren “Bjergsen” Bjerg to keep them in the game. With his fed Ryze, Bjergsen and TSM fought until the very end. They even picked up an unlikely ace while defending their base, but the disastrous start to the game was too much to overcome.

The burden of expectation was heavy upon TSM’s shoulders throughout the tournament after their 15-1 regular season and championship in the Summer Split of the LCS.

With Counter Logic Gaming also failing to advance, North America’s last hope lies with Cloud9. Currently tied with SK Telecom T1 at 2-1 atop Group B, Cloud9 will need to outplay Flash Wolves and I May in Sunday’s group stage finale to earn a trip to Chicago next weekend.