Riot to simulcast LEC matches after lower week one viewership 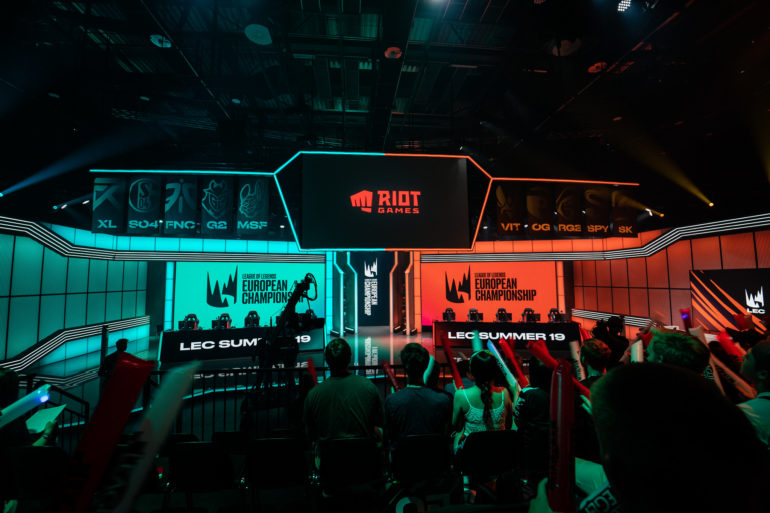 Riot Games is taking steps to make sure fans know that the LEC has its own Twitch channel this year after LCS viewership outperformed the league on Twitch last week.

In a Twitter post today, the LEC reasserted the fact that “/LEC” is the league’s new home on Twitch. But the league decided that matches will also be streamed on Riot’s Twitch channel for the weeks to come while the LEC channel attempts to gain more followers.

Riot is among the most-followed channels on Twitch with 4.39 million followers. There was no indication on LCS social media suggesting that it would also be taking such action.

The LEC’s post was also vague regarding how long matches will be broadcast on both channels, giving no specifics on exactly when matches will be played exclusively on the LEC channel again.

Both the LEC and LCS were broadcast on Riot’s official channel in 2019. But the developer and league organizer decided to switch things up this year, giving each franchised league its own Twitch channel.

Despite both LEC and LCS Spring Splits beginning in the same week, something that wasn’t the case last year, LCS viewership metrics were better than that of the LEC across the board—and the following on both channels tells a similar story.

With 761,172 followers, the LCS has over 200,000 more followers than the LEC at time of writing, leading the developer to make quick change.

Viewership metrics for the LCS and LEC are difficult to compare, however. While the LCS is filled exclusively with English-speaking North American teams, the LEC has a more diverse set of viewers who prefer to watch matches using alternate-language broadcasts.