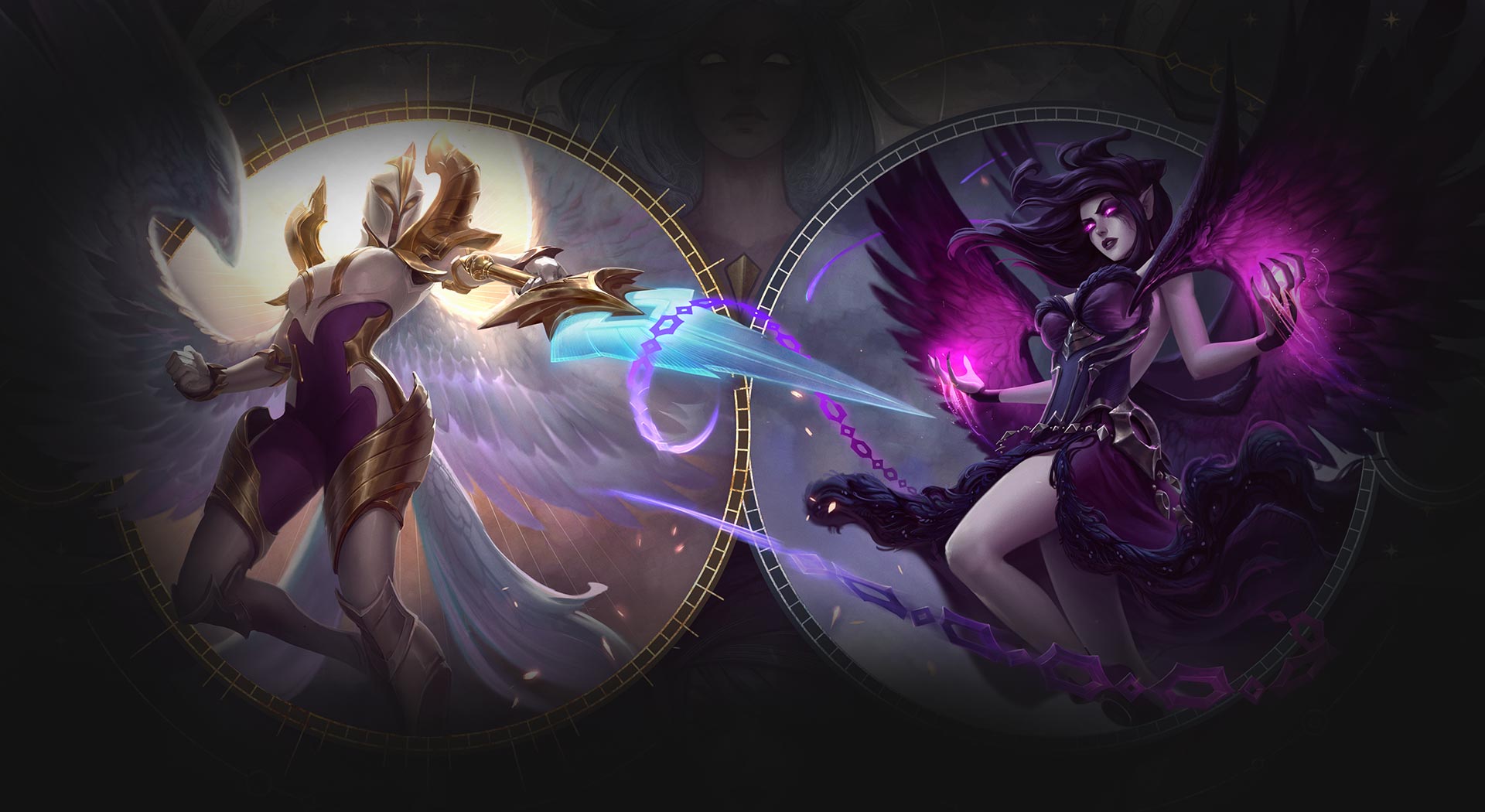 Kayle is set to receive a full champion overhaul in her rework, with the judicator getting a new set of abilities, and updated visuals to match. Kayle’s new kit revolves around her new Divine Ascent passive, which features four different forms that Kayle ascends to as the match progresses.

The passive’s first form “zealous” is what Kayle starts the game with. Zealous is basically a stacking ability like Jax’s relentless assault passive, where Kayle gains stacks for every auto attack. When she reaches “max stacks, Kayle becomes Exalted and gains movement speed towards enemies.”

Kayle’s four abilities have also received updates, with her old Righteous Fury E ability being replaced with Starfire Spellblade. This new ability has two effects. The first is passive, which gives Kayle bonus damage that scales with both ability power and attack damage. The second effect of Starfire Spellblade is its active, which makes “Kayle’s next basic attack is ranged and deals a portion of the target’s missing health as bonus magic damage.” When Kayle reaches level six, Starfire Spellblade’s active deals splash damage.

Kayle’s iconic invincibility ultimate will now also deal damage. Renamed to Divine Judgement, Kayle’s ultimate not only still grants “invulnerability to herself or a teammate for a few seconds,” but now calls a circle of swords around her target that damage enemies around it.

While not receiving an ability overhaul like Kayle, Morgana will be getting a full visual update to match her righteous sister. Morgana is set to receive new ability animations to match her new in-game model. Accompanying this visual upgrade will be a buff to Morgana’s Soul Shackles ultimate, which will grant her movement speed towards enemies.

With this new major rework, many of Kayle and Morgana’s skin splash arts, including the default skin, have been updated with new artwork.

Riot has yet to announce when this update will hit live servers.